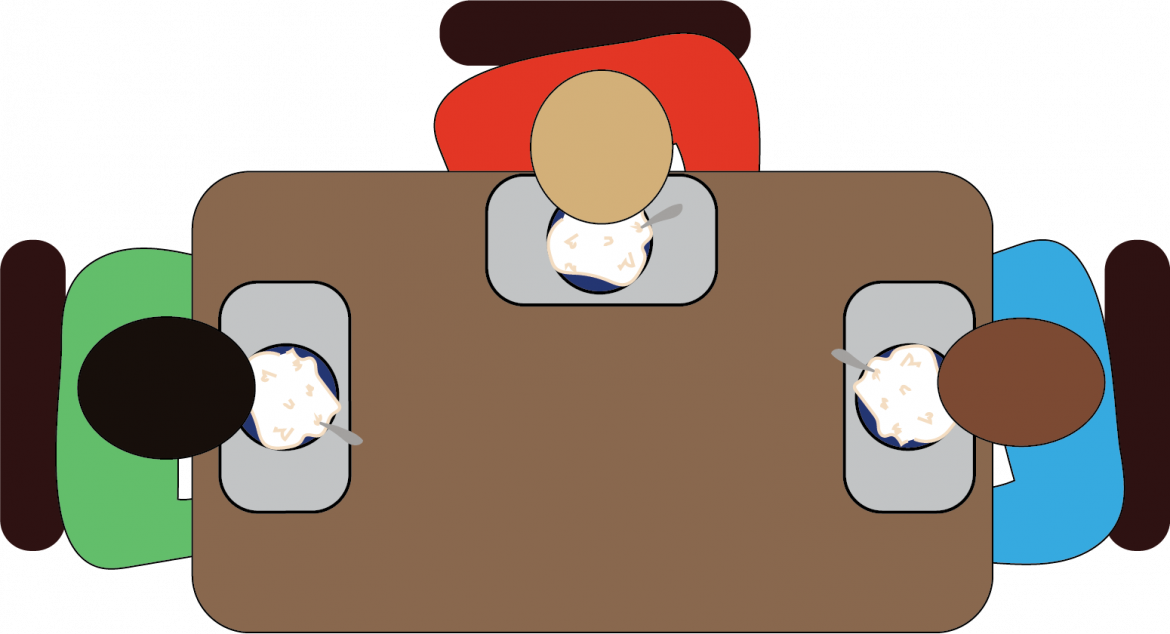 Many students find it hard to adjust to college, but some have a harder time than others. Retired missionary Sam Shewmaker decided to make it an easier process for students who grew up in the missionary field to find each other and be able to talk about their shared experiences.

“The main struggle is finding purpose,” senior Aaron Koonce said. “We’ve gotten to see God heal and transform lives in a most dramatic fashion. So now what do we do? How do we continue to be missionaries here?

The students in the group, Third Culture Kids, meet together for community and eat dinner at one of the leader’s houses. Usually the food is something culturally inspired, such as Brazilian stroganoff or African curry. The food is a catalyst for conversation about their home cultures and their unique experiences.

“This group was started as a sort of safe haven for third culture kids like me who felt like they don’t belong,” freshman Trey Bailey, a member of Third Culture Kids, said. “It was started so that we could build a community and blow off some steam, and to take refuge from American life for a while.”

This community is not just for missionary kids, but for anyone who grew up influenced by a country that was not their country of citizenship. This includes military kids, international adoptees and kids who may still have parents in the field. According to Bailey, their goal is to reach anyone who feels like they would belong in this kind of community.

“Every college student struggles with homesickness,” Bailey said. “But when it’s not just the people or places you left behind, but foods, smells, languages and cultures, it becomes that much more difficult.”

Students in this group focus mainly on giving each other a sense of understanding that there are people on campus who feel the same way and can share advice on how they’ve gotten through tough situations. It also aims to be a space where they feel immersed in their home cultures again.

“Some, maybe not all, may have a sense of not belonging in this society, and they may have doubts about how they may be able to fit in here,” Shewmaker said. “We believe these students, because of their perspective, have a lot that they can contribute to bless the wider Harding community.”

Group members said they want other students at Harding to know that there’s a place for everyone, and they invite anyone who may be experiencing feelings of not belonging after arriving in a new culture to find a place with them.