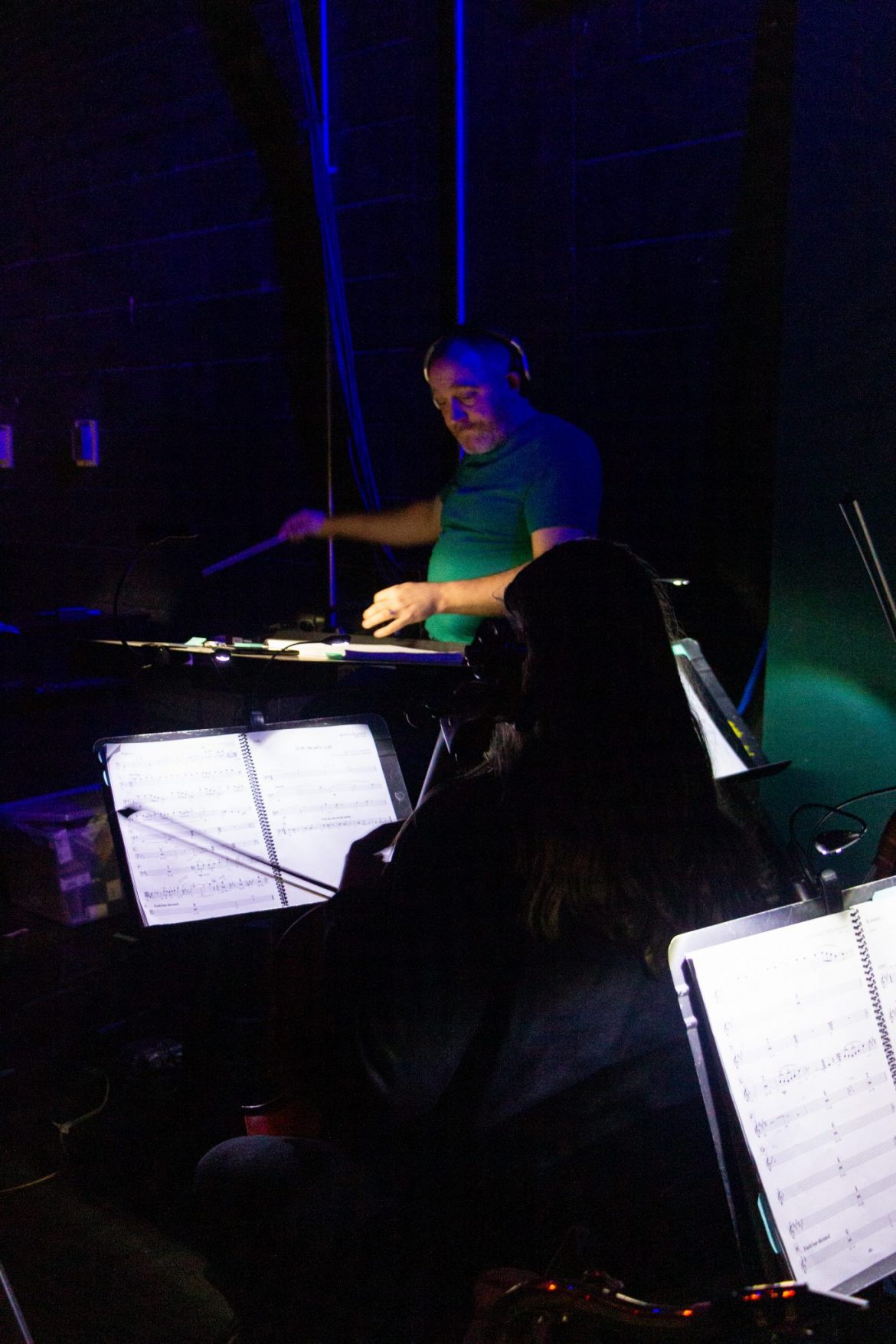 Homecoming week is full of football, school pride, nostalgia and music. For the musical’s pit orchestra, this week has been anticipated for months. Students like those within the orchestra dedicated a large amount of time and energy to prepare for their important role in the University’s production of “Matilda.”

Associate professor of music Andrew Cook has conducted the orchestra for the musical for six years. Cook explained that preparation for this week began in mid-August and will continue until the final dress rehearsal with the cast.

“Performing in the pit orchestra for the musical requires a certain level of concentration — that’s one of the things I love about it,” Cook said. “It’s such a challenge to maintain focus for two hours.”

Many of Cook’s musicians also participate in the Thundering Herd Marching Band. Junior Megan Harris is a music education major who plays the alto saxophone in the marching band and three instruments in the pit orchestra — B-flat clarinet, bass clarinet and tenor saxophone. Harris performed with the pit orchestra in last year’s Homecoming musical as well.

“Prepping for Homecoming has been a lot of fun,” Harris said. “The music is a lot different than what I played last year.”

The orchestra and marching band also welcome non music majors like senior Matthew Thompson, who majors in molecular and cellular biology. Thompson said he enjoys being a science major involved with music because he gets a variety of experiences each day.

“I love pit orchestra because I get the opportunity to be a part of something bigger than myself,” Thompson said. “Theatre productions bring together so many people with so many different gifts to create beautiful, immersive stories for the audience to enjoy. Playing in the pit orchestra gives me the opportunity to share my musical talents for the enjoyment of others.”

Director of athletic bands Wesley Parker said it is important to know one’s limits, especially since many of his students will be performing for long periods of time with little rest.
“Perform your best, but also know your limit, and when you need to stop or slow down in order to be able to perform your best when it really counts — during the performances.” Parker said.

The pit orchestra is a non-credit activity that requires time, energy and dedication. The musicians within the orchestra demonstrate not only their skills, but also their passion for music and its ability to tell a story.

“Each number in the musical has its own feel and style, and it has been a challenge learning to quickly switch styles and assume new musical roles,” Thompson said.

The pit orchestra will perform in the Homecoming musical tonight and Saturday. Tickets can be purchased online at www.hardingtickets.com or at the box office for $20.

The marching band will perform their show on Saturday during halftime of the Harding v. Southwestern Oklahoma football game at 3 p.m. Tickets can be purchased online or at the gate.