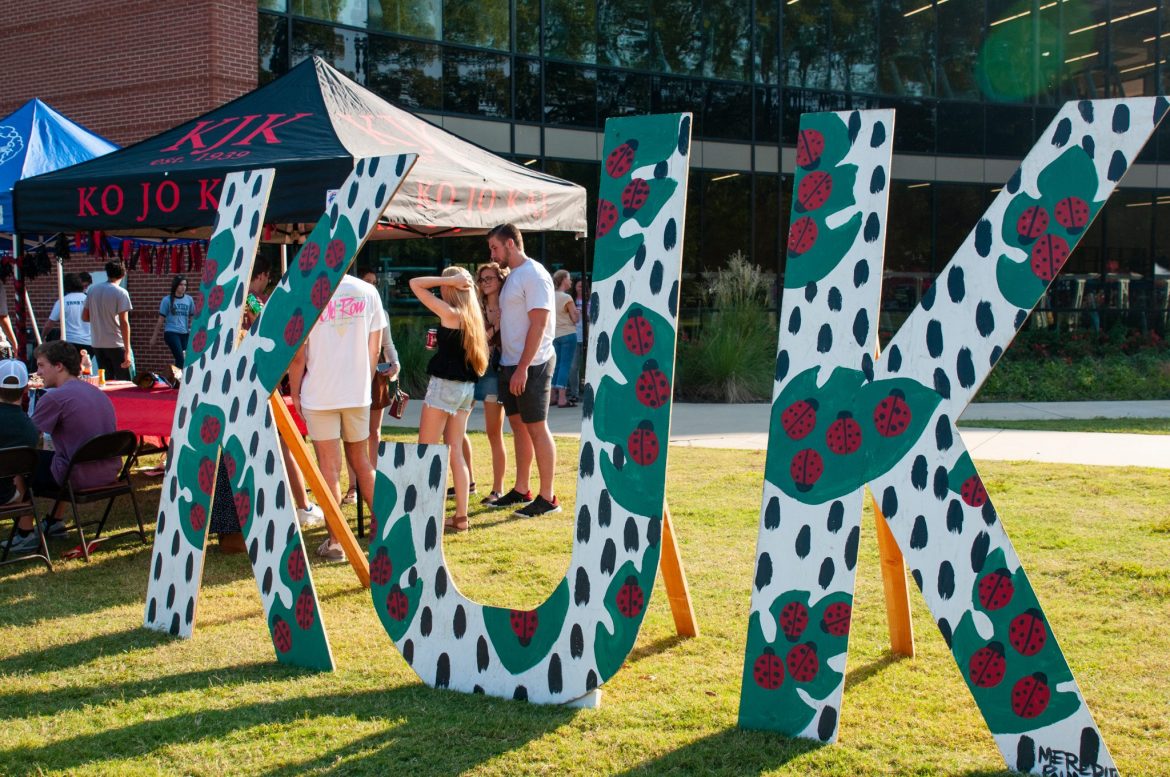 Women’s social club Ko Jo Kai (KJK) is celebrating its 80th anniversary this Homecoming weekend with a tailgate reunion at 11 a.m. Saturday before the football game. The reunion will be birthday party themed to bring former and current members of KJK to celebrate their club, according to sophomore Kaley Hill, one of the sunshine girls of KJK and event organizer.

The social club was established in 1939, and is one of the oldest women’s social clubs on campus. Their motto is “universal friendship and appreciation of life,” according to KJK president, senior Ava Galyean.

“This is something that is so prevalent in our club today, and transcends through different generations of women who were in Kojies back in the day,” Galyean said.

Alumna Emily Hoggard was a member of KJK from 2000 to 2003 during her time as a student at Harding. Hoggard and her husband returned to Searcy a few years after graduating, and soon after, she became a sponsor for KJK as a way to get involved with the students and to relive her days as a Kojie. She has been a club sponsor for 10 years.

Hoggard said the relationships that are formed remained a fundamental part of KJK since her time as a student.

Accounts receivable clerk Tish Elrod has been a sponsor for over 30 years, including when the other three current sponsors were members, according to Hoggard.

“It’s neat to get to serve in that role with her,” Hoggard said. “You look at sponsors as kind of the rule enforcers, but it’s been awesome to be on the other side of it and see how much she really loves the club and loves the girls and wants what’s best for us. So I think that’s kind of a neat aspect.”

Hoggard said most, if not all, of the alumnae who will be attending the reunion will have had Elrod as a sponsor.

Sophomore Jewel Gilbert, sophomore Taylor Hodgekiss, and freshman Bobbie Ellis serve alongside Hill as sunshine girls for KJK, and they all said they are most excited to have alumnae come back to celebrate 80 years, relive past years as a Kojie and reflect on some long-standing traditions.

Hoggard said it will be fun for former members to see what traditions their club is still upholding since their time as students, such as their Christmas ornament exchange event.

Galyean said as every social club goes through phases through the years, she has loved serving KJK as president because she’s been able to see the club grow from a different perspective.

“I have seen Kojies grow more in my time at Harding than I ever thought possible,” Galyean said. “My heart could not be more proud of the leadership, kindness, determination and sisterhood that is exemplified by these girls every day.”