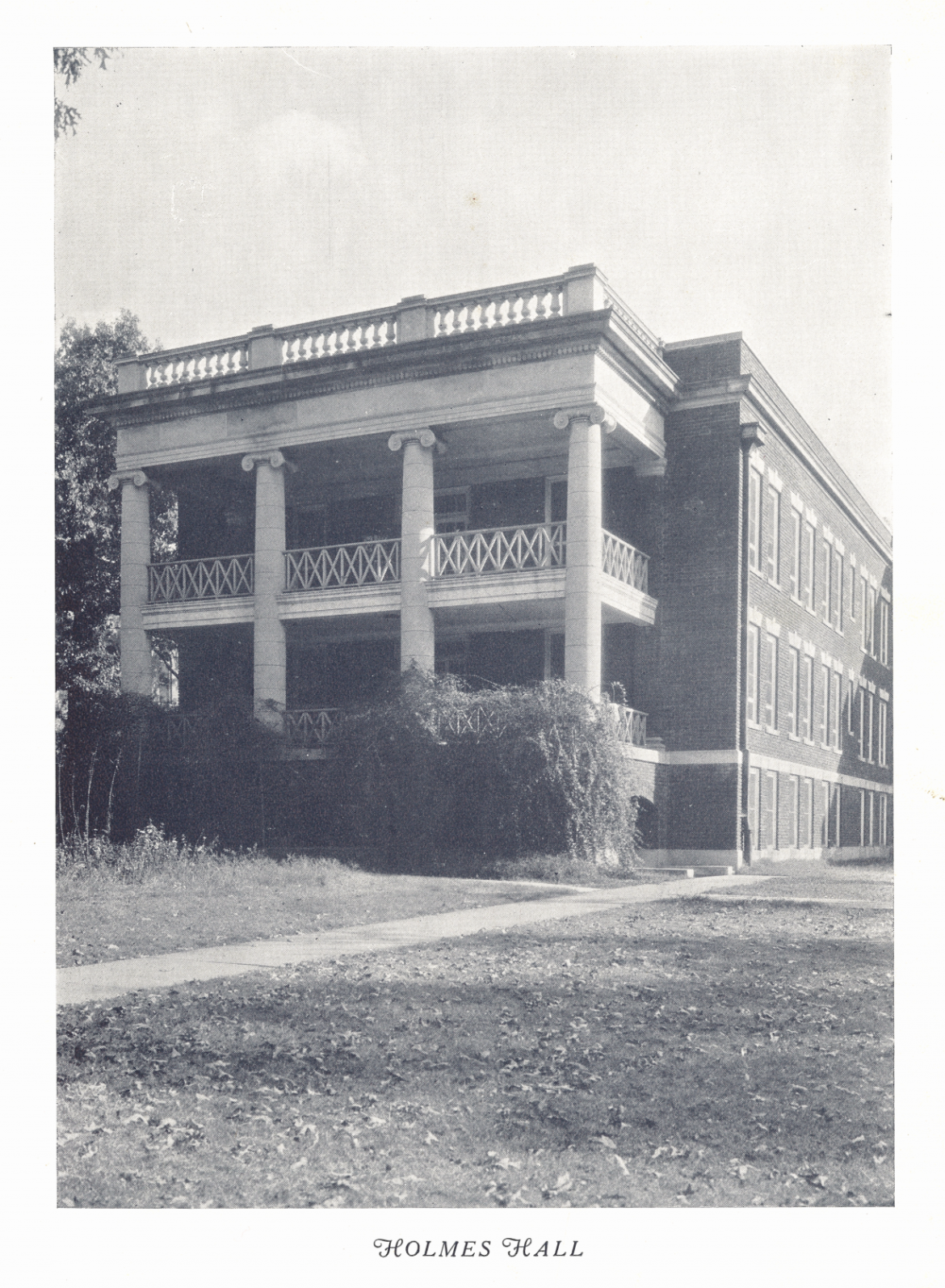 In 1919, before Harding was founded, Pattie Cobb dorm was built on the campus of Galloway Female College and originally named Holmes Hall. 100 years later, Pattie Cobb stands in the middle of campus, a symbol of Harding’s history to all who walk by. The bottom floor of the dorm was once home to the cafeteria, and a temporary home to many alumnae and current students. Pattie Cobb holds a special place in many people’s hearts, past and present.

Former Harding student Colleen White lived in Pattie Cobb and worked in the Pattie Cobb cafeteria during the 1976-77 school year. She said the dorm looks the same on the outside as it did when she lived there, but the inside is drastically different.

“Most girls had sinks in their room, the bathroom down the hall and the bathing room with only three clawfoot bathtubs,” White said. “The entire dorm didn’t have air conditioning, so it was very hot in August, especially with the heat of the cafeteria coming up into our rooms.”

White said working in the cafeteria introduced her to many friends, and she enjoyed working where she lived. She said the Pattie Cobb cafeteria designated one meal for each day of the week, and twice a day they served green beans straight out of the can. White said some people can still smell the green beans when they walk in the building.

Joetta Martin, the residence life coordinator of Pattie Cobb from 1999 through 2017, said Pattie Cobb had its major remodel during the 1987-88 school year, when the first floor was gutted, and the cafeteria was taken out to make space for more dorm rooms and office space. It was renovated again in summer 2006 to modernize the dorm and paint over the “Pattie Cobb purple” wall color, as students lovingly called it.

“At our first meeting of the year, I always told them to remember that they were living in a historic building,” Martin said. “So I’d ask them to please take care of her — she’s a bit more delicate than the other dorms.”

Pattie Cobb is the last building left from Galloway College, but current dorm mom Heather Davis said some students don’t realize just how much history the building holds. Earlier in the semester, she put up some posters in the lobby to wish Pattie Cobb a happy 100th birthday, and a lot of students were very surprised to find out the building was older than Harding.

White said the building is very different now from when she lived there, but the memories she made in the building stay the same.

“It’s very beautiful now, but I loved it back then too,” White said. “Whenever I walk by, I stop and look at my old window and think about the times I lived there. It was a very special time.”

Davis said she is looking forward to Homecoming weekend and having many visitors come and stop by to visit and see how the dorm has changed since they were last at Harding.

“Students will learn more about the history of Pattie Cobb this weekend during Homecoming,” Davis said. “It was here from day one of Harding, so many alumni come by because they were either in there a lot for the cafeteria or they lived there. It’s a very central part of campus.”