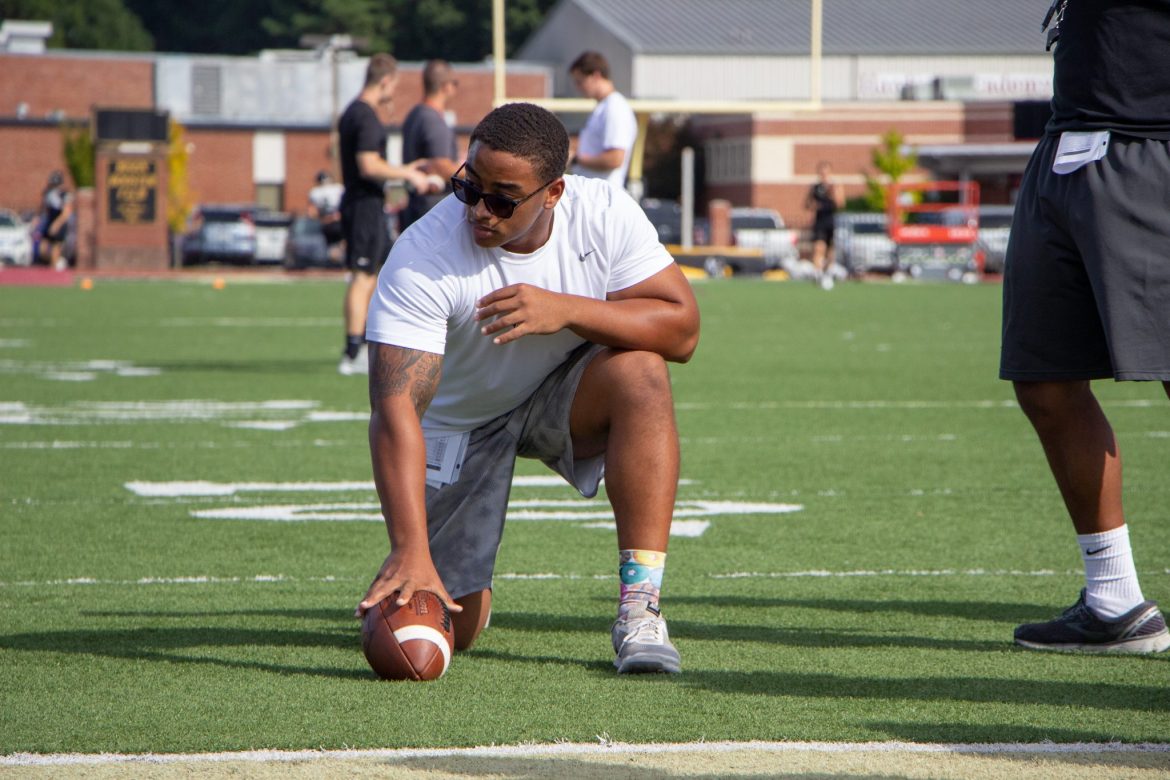 When auditions for the Homecoming musical rolled around last spring, a face unfamiliar to the theatre department showed up onstage. However, director and assistant professor of theatre Dottie Frye, this year’s director, recognized the smile. It belonged to Toni Montez, who was in Frye’s theatre appreciation class that semester.

Montez has been very involved in other things around campus during his time at Harding that look a little different than theatre. He started playing for the football team his freshman year, but due to back-to-back concussions last fall and spring, he is unable to play his senior season. Learning he would not be able to play football while he was taking Frye’s theatre appreciation class, Montez made the decision to step out and try something in which he had no prior experience — a musical — and the Homecoming musical at that.

Though Montez is highly involved in various extracurriculars on campus that keep him busy, such as being a double major in accounting and information systems, student coaching for the football team, helping with study hall for the team and serving as the devotion director for men’s social club Titans, he saw an opportunity for growth through trying something totally foreign to him. Though the absence of playing football opened his eyes to the opportunity of being in the musical, Montez was intrigued by the idea largely because of Frye’s theatre appreciation class and her spirit.

“In class, she made a point that theatre was the most popular organization on campus, or at least the most well-attended,” Montez said. “After hearing about its impact and seeing behind-the-scenes features such as set design and costumes, he decided he would give it a try.

Montez said he has been inspired by Frye’s energy, intentionality and contagious kindness throughout the process, and Frye has been thrilled to have him in her cast as well.

“He is just a good guy,” Frye said. “He was wonderful in class and interested.”

Frye mentioned Montez to another football player and explained he had been such a bright spot in her class. The player responded, “Toni Montez? Yeah, he’s the real deal.” Senior offensive linemen Braden Hood has been a friend of Montez’s since freshman year.

“It is really beneficial for the team to have Toni helping out, especially to see how he handles his time so well,” Hood said.

Hood said he was not surprised when he heard that Montez was doing the musical, because he said Montez is just that kind of guy — always making the most of his time, and being involved.

Montez said some aspects of participating in the musical have felt like the culture shock, but he found common ground between the football team and the theatre as it pertains to work ethic. Also, similar to the team aspect of a football program, the cast helps each other out, which Montez appreciates.

“They take me under their wing when I have no idea what is going on,” Montez said. “They’ve been so patient with me.”

However, according to junior cast member Holden Montgomery, being patient with Montez has not been difficult at all.

“We love Toni so much because he’s not who we usually get to be around,” Montgomery said. “In a really good way — being a football player — he is different than what we were used to, and it’s just very refreshing.”

“I don’t think it ever hurts to meet new people,” Montez said.