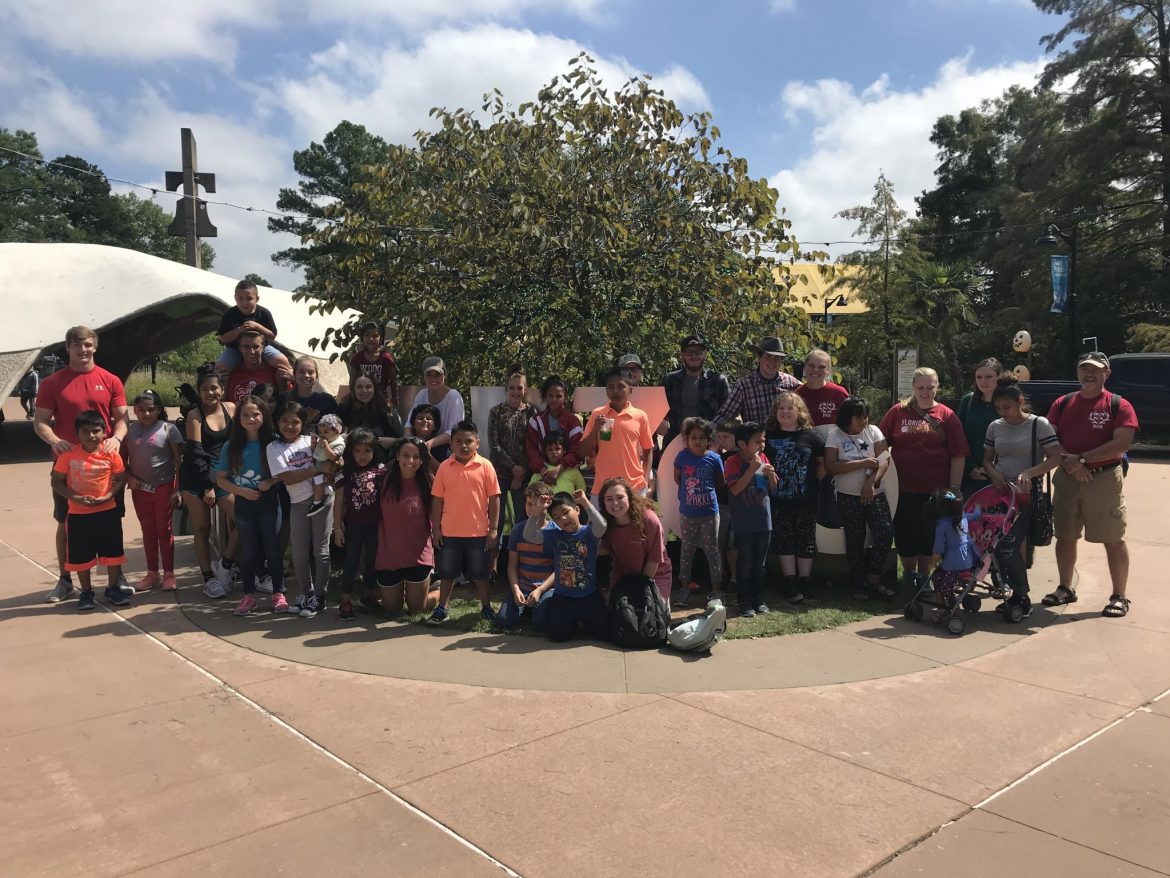 The Animal Science Association and Lamp Light Ministry took children from the Searcy community to the Little Rock Zoo.

The Animal Science Association (ASA) and Lamp Light Ministry, formerly known as Pizza Ministry, partnered up to take children from Searcy to the zoo for a fall service project.

The ASA was a group of biology majors pursuing knowledge about animals and animal sciences. Lamp Light was an organization dedicated to serving the children of Searcy by bringing pizza to the trailer parks across from College Church of Christ to build and deepen relationships with the children living there.

The ASA decided to partner with Lamp Light in fall 2018 as they embarked on their fifth annual trip to the Little Rock Zoo.

“We do this every fall as a service project,” senior and president of ASA Karena Barlow said. “We hosted a bake sale in the student center and made about half of what we needed [to take the children to the zoo]; then, Lamp Light provided the rest from previous fundraisers.”

“The Monday after we went, I picked up one of the little girls, and she came running up to me and was like, ‘I can’t stop smiling, my cheeks hurt. I haven’t stopped smiling from the zoo on Saturday,’” junior Tatum Watson, co-director of Lamp Light, said. “That is exactly why we do what we do — it makes them so happy.”

Junior co-directors Elissa Tetrault and Watson joined Lamp Light when they were freshmen and said they found passion in building relationships with the kids within the organization. They saw the children learn, grow and build their own faith.

“[Working with the children] has become a mindset and goal to build relationships and show love where love is needed,” Tetrault said. “They need so much love, and they need Jesus. They need people there, and I want to be a part of that.”

Over 40 children and 15 volunteers attended the Little Rock Zoo trip. The ASA and Lamp Light planned to work together in the future for other service projects dedicated to serving the children within the community.

In Fall 2018, members of the Animal Sciences Association, along with Lamplight Ministries, took a group of Searcy students to the Little Rock Zoo for a day of fun and education. The two organizations joined forces every year to bring students on this unique excursion, and this was their fifth trip. | photo courtesy of Tatum Watson