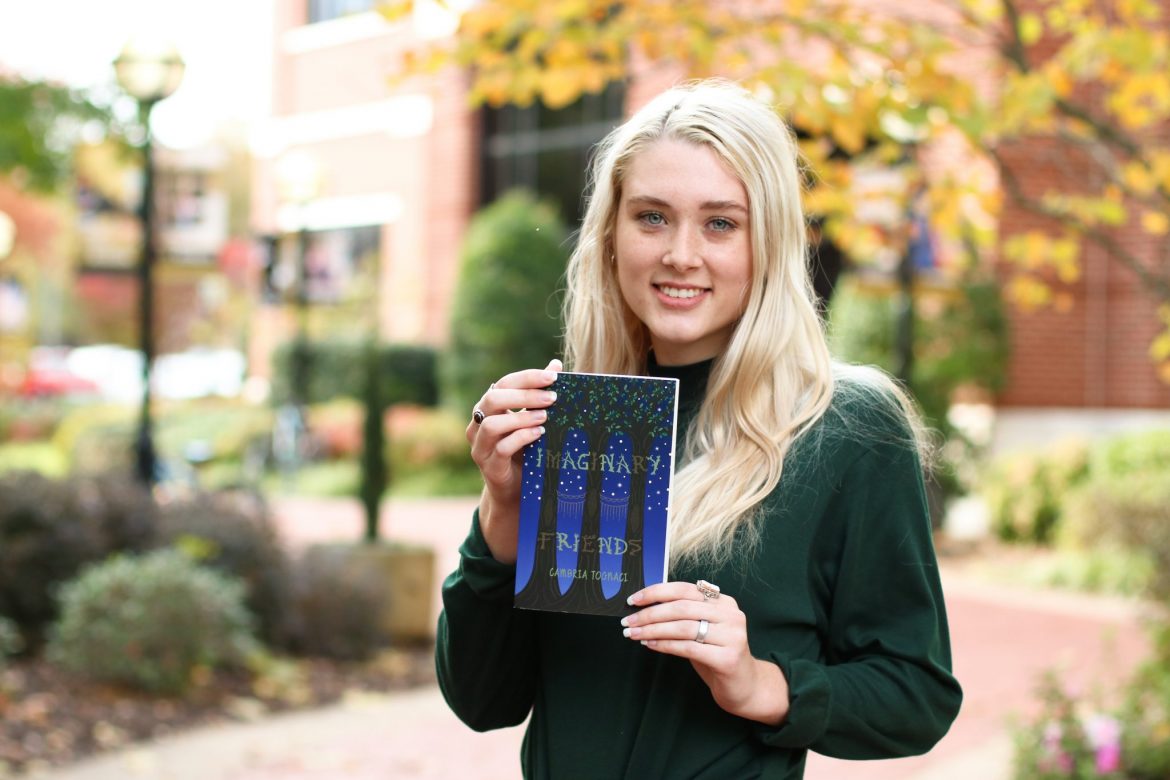 Freshman Cambria Tognaci released her first book about the effects of mental health on children.

Not everyone worked toward the goal that their sixth-grade-self envisioned, but freshman social work major Cambria Tognaci did.

When Tognaci was younger, she said she dreamed of being an author and frequently wrote short stories and constantly read books. She also reviewed books and read poetry on her YouTube channel.

When Tognaci was in sixth grade, she told herself that she would publish a book one day. The first step Tognaci needed to complete was developing characters and important plot points.

In June 2015, Tognaci officially began writing her book. She wrote the story on and off for almost three years and finished it in January 2018. She then began the editing process with an editor that went to her church. The two worked to condense the story, improve the characters, do a line-by-line edit and proofread.

The book then hit a roadblock: the editor suddenly stopped working on the project with no explanation. However, Tognaci was determined to continue to work toward her dream.

One of her close friends sketched the cover design, and a family friend, who was a graphic designer, perfected it. She then put it all together and received a proof. The book was officially published in July 2018 and was sold online.

Tognaci found inspiration for the book in ninth grade. She was in a leadership program that mentored troubled kids and became passionate about their stories and mental health. Tognaci’s fantasy novel touched on themes she thought were important and related to what she learned through the program.

“I have definitely learned that your passion is your purpose,” Tognaci said. “That is a huge thing, because my passion was my writing and [the field of] social work. … It became my purpose. It just became my goal.”

Tognaci’s friend freshman Jennerose Goodwin, who she met in her social work class, read the book and was impressed with it.

“[Her book] was just so real and open, and she really worked really hard to kind of demolish mental-health stigmas [but] in a fantasy world… her writing is well-researched, and she knows how each of her characters were feeling in the situations they were in,” Goodwin said.

Freshman Kelsey Force, another of Tognaci’s friends, watched her YouTube videos and appreciated the honesty in Tognaci’s videos and in her daily interactions.

“I didn’t watch [her videos] until after I met her,” Force said. “I liked when I watched them [because] I knew she was the same person on the screen as she was in real life. So that level of authenticity showed me that she wasn’t putting up a front on YouTube.”