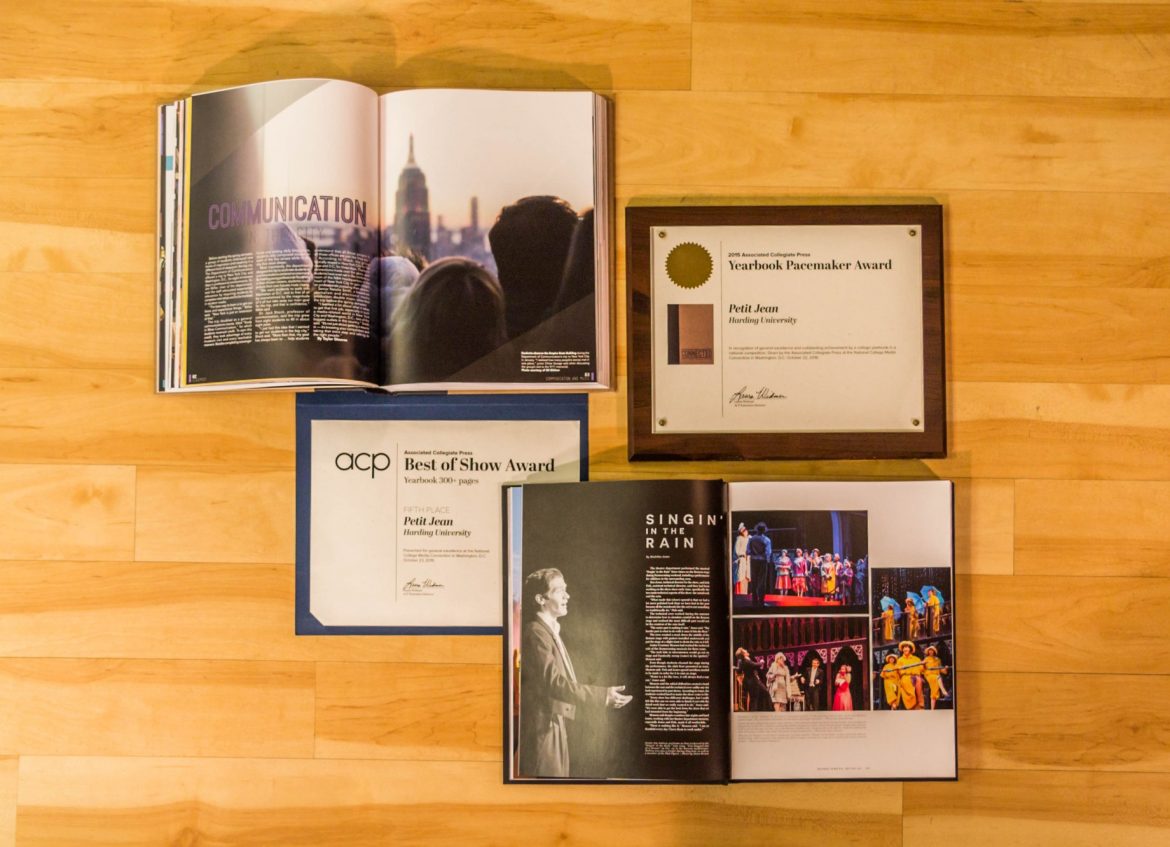 Members of the Petit Jean staff and past editor-in-chiefs spent Oct. 20-23 attending the Associated Collegiate Press National College Media Convention in Washington D.C., and they returned with some serious hardware.

“Connected,” the 2014-15 book that was led by Daniel, won a Pacemaker, which ranked the book in the top one percent of yearbooks in the nation, out-placing schools like Texas A&M University, James Madison University and Texas Tech University.

Turner said Daniel, Carter and both of their staffs are incredibly deserving of the honors, and Harding University is blessed to have such a legacy of yearbook excellence to record the university’s history.

“To have the opportunity to be a part of the Petit Jean legacy is really such an honor,” Turner said. “But to be part of writing Harding’s history is even greater, and I hope we don’t lose sight of our end goal: preserving the university we all love.”

Turner and the current Petit Jean staff just completed their first deadline, which included completion of the cover design and 54 pages, in a series of five deadlines for the 2016-17 book. The book is slated for completion, printing and distribution in April 2017.

“Our aspirations, our objectives, and our dreams have been enlarged and elevated, and we must press on toward these higher goals with all the strength, courage and determination we can muster.” – Petit Jean 1964