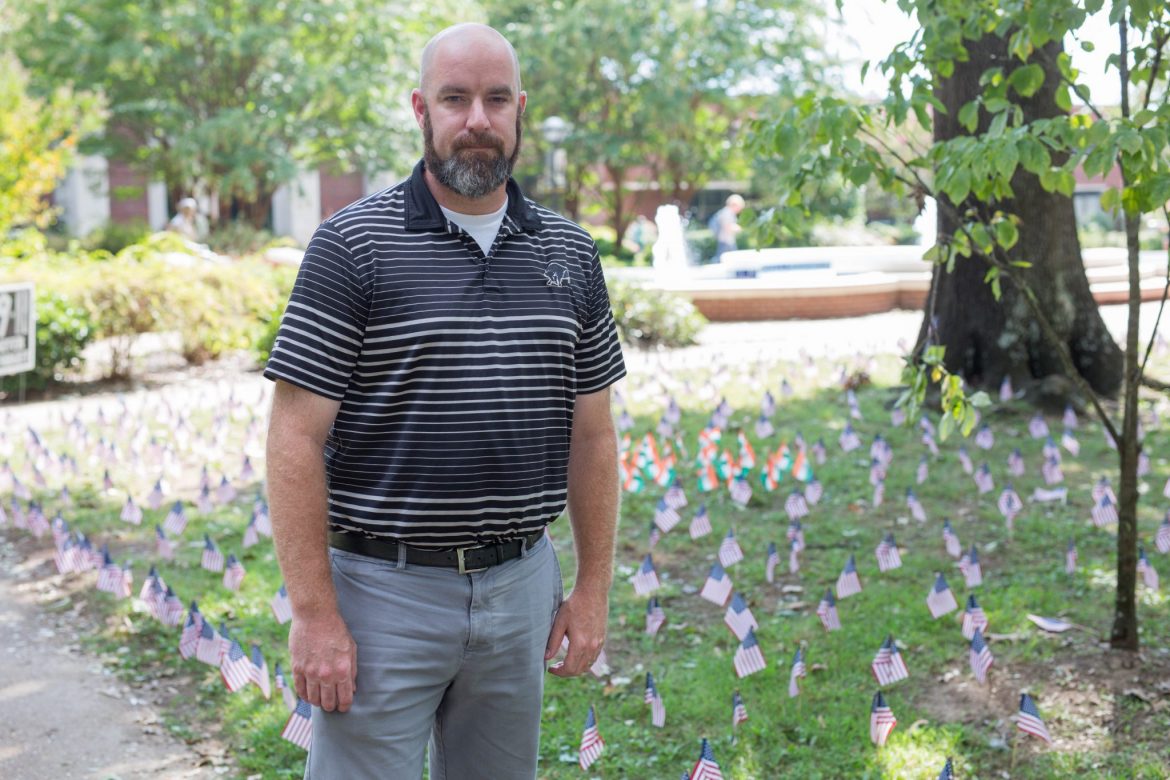 Sam Jeffrey, assistant professor of behavioral sciences and director of the criminal justice program, began working at Harding in 2016 after working for the CIA for 10 years. Jeffrey saw an opportunity in teaching to have a bigger contribution to the United States.

After the events of 9/11, Jeffrey said he felt a calling to join the war against terrorism, which he considered to be the country’s No. 1 threat. However, due to health issues and other personal reasons, he could not enlist in the military.

While working for a government contractor in Virginia, which worked primarily with the military, Jeffrey said the CIA approached him and asked if he would be interested in joining the agency, an offer he accepted.

After being in the CIA for a few years, Jeffrey said he started to realize that an ignorant public was the country’s real No. 1 threat, and around that time he received a call from Harding, offering him a teaching position.

“It was very clear this was an opportunity to impact the bigger picture,” Jeffrey said. “Not everybody can teach, especially criminal justice, from a Christian perspective. I know I can do that relatively well, and this is how I continue the fight.”

Senior Troy Donohue said Jeffrey’s emphasis on teaching criminal justice from a Christian perspective had a major impact on his life.

“It has made me a better Christian because he [focuses heavily] on what it means to be a Christian in law enforcement,” Donohue said. “He knows how it is to deal with the worst type of people and lean on your faith to stay sane.”

Senior Collin Swenson said Jeffrey reminded his students that they were his people and he was always there for them. Swenson also said he looked at Jeffrey as more than his professor.

“I see [Jeffrey] as a teacher, but I also see him as a good life coach,” Swenson said. “I have learned a lot of the things I will need to use in my field from him, not just necessarily book-knowledge.”

Jeffrey said the transition from the CIA to academia was not too difficult because in the CIA, he had to approach his cases through a lot of studying. He also said that moving his family from Virginia was not easy, but the reasons why they moved made the sacrifice easier to bear.

“We live in a fallen world, and what I am trying to do is [be] a good steward of what we got,” Jeffrey said. “I love that I can be here and have other people join me in that.”

On Sept. 17, 2018, Sam Jeffrey, assistant professor of behavioral sciences and director of the criminal justice program, commemorates the events of 9/11 by visiting the 3,000 flags placed on the Front Lawn by the American Studies Institute. Jeffrey joined the CIA after the 2001 attacks and came to Harding after a decade of service. | photo by Angelo Felix