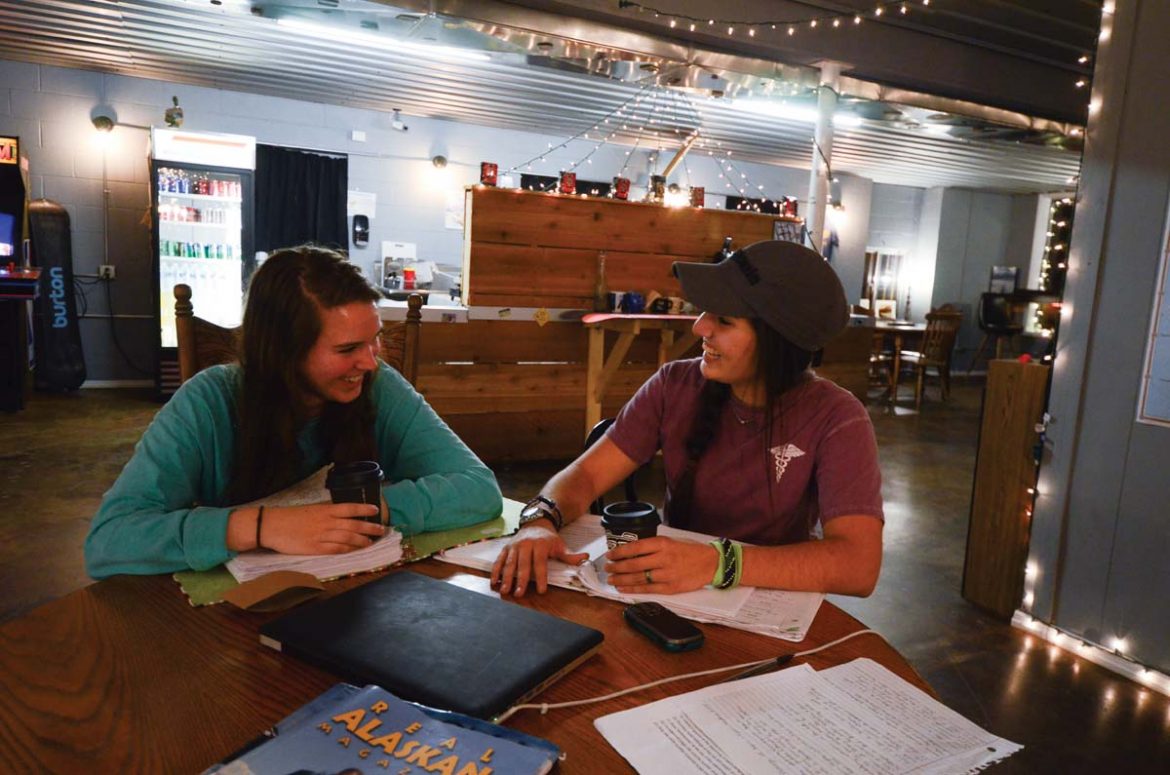 Slader Marshall, a 2013 Harding graduate, opened the dumpling shop in January 2014. Marshall said he was apprehensive when he began the process.

“When I first said I was going to do this, obviously I told my family and got them involved,” Marshall said. “But from a friend point of view, when I said that I was opening a restaurant right after I got out of school, and it’s going to be serving dumplings from Alaska … of course you have a lot of people when you go a different path that question what you’re doing and why you’re doing it.”

When it comes to the shop itself, Marshall said that he was on his own because his business is different than any other.

“I couldn’t look to any other restaurants or businesses in general because what we do here is so unique,” Marshall said. “I was developing not just an atmosphere for people, I was developing a taste, and that’s something that made me apprehensive.”

Marshall is proud of the success that SADCo. has experienced and credits his connections to family, friends and Harding for supporting the shop.

“I was very connected at Harding. I had a good group of guys that were still in Searcy and they supported me in the beginning,” Marshall said. “To get off the ground I was really well supported.”

With a new semester started and business booming, Marshall now looks to the future.

“We’ve got some more things in the works as far as where we’d like to expand to,” Marshall said. “The biggest expansion is the food truck.”

Marshall purchased the food truck in Memphis, Tenn., with plans to take his Alaskan dumplings on the road to places like Little Rock, Conway and Fayetteville.

In addition to selling merchandise such as shirts, koozies and stickers, SADCo. has also begun expanding its food and drink offerings by serving coffee. Roasted by the Heritage Company in Alaska, SADCo. offers coffee by the cup and whole bean or ground bags. The shop has also been experimenting with a dessert dumpling, but the verdict is not out whether it will come to fruition.

Although SADCo. has been experiencing great success, Marshall still keeps the patrons at the heart of the dumpling shop.

“There is some sort of ownership you create for people,” Marshall said. “I would say that’s one of the main reasons we have business still.”

Marshall said he hopes the shop will remain a great place for families and friends to gather for live music or quiet studying, depending on the night.