Home Campus After the show, Spring Sing winners give back 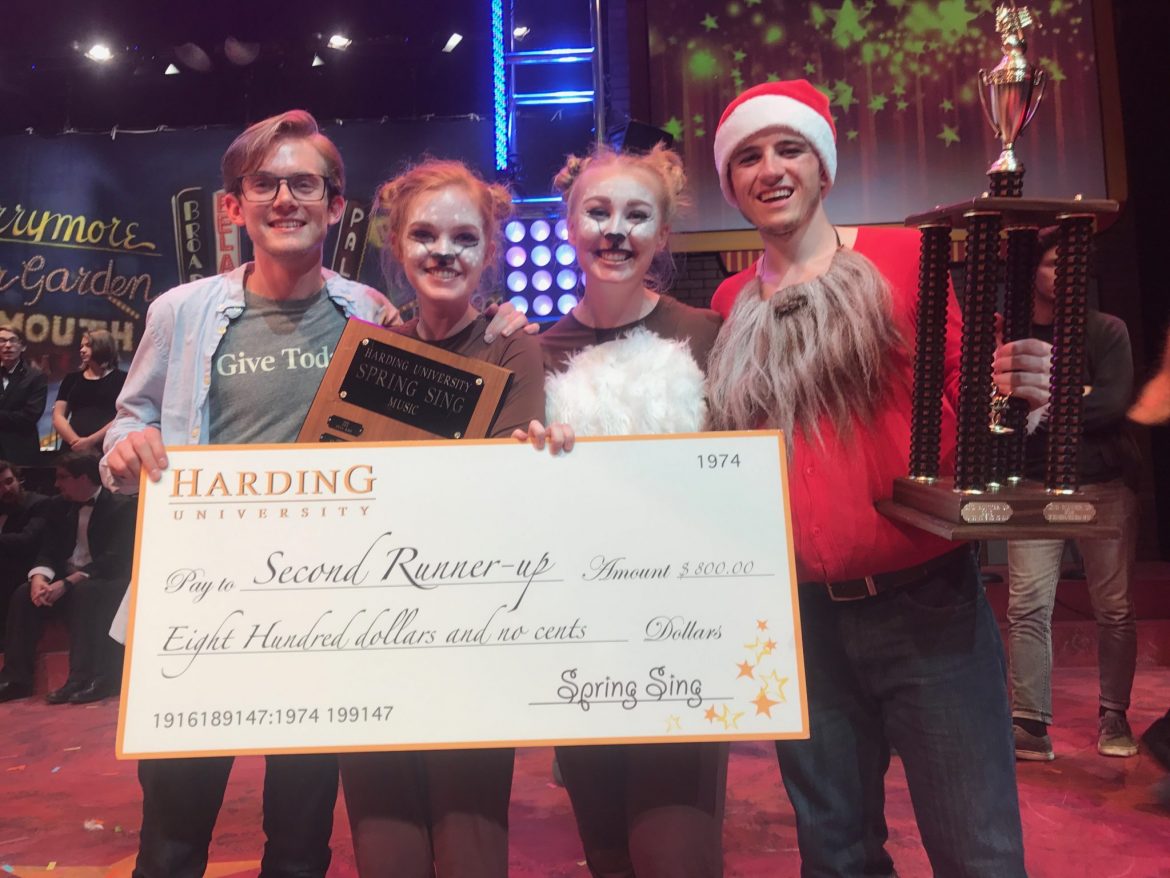 “I said a couple prayers,” Lori Moore, program director of the White County Aging Program, said. “I told the Lord that this place is a wreck and asked to have mercy and help me. We needed something, it was bad. A month later, we got a call saying that there is a big group of people that wanted to do a project for us.”

Moore was out of breath as she ran to tell program co-director Marcia Pressler about the phone call she received. A representative of men’s and women’s social clubs TNT and Zeta Rho’s Spring Sing show had just told Moore that a group of 70 college students was ready to assist them in any way needed.

“They said … ‘We’re here to give free labor, and if we win (Spring Sing), we’re going to give you the money,’” Moore said. “We just thought the money was an extra bonus, but we were just grateful for the labor. We were blessed from the beginning.”

Each year, the top three Spring Sing shows are awarded money to give to a charity of their choice. TNT, Zeta Rho and Friends’ show finished third in 2017 and was awarded $800 to give its charity. Show co-director senior Caitlin Denton said they chose the Aging Program because it welcomed more opportunity.

“It was a center that wasn’t talked about very much,” Denton said. “We wanted to choose one that didn’t get a lot of attention, and I liked the idea of trying to go and do something for them.”

Moore and Pressler requested that the students paint the main room of the John E. Lightle Center, the program’s Searcy facility. As soon as Moore got off the phone, the organization rushed to buy painting supplies, because the social clubs volunteered to come the following day.

“We had nothing to paint with,” Moore said. “We went to Sherwin-Williams and the paint (price) was astronomical, so then we went to Lowe’s, and the manager gave us a great discount. When they showed up, we were in awe of what they did.”

Moore and Pressler took a leap of faith when they bought the paint, because there was no promise of being reimbursed by receiving prize money. Once they received the check for $800 and put $300 toward the paint, the rest went toward feeding the elderly.

“Most of our money goes to our Meals on Wheels program because that’s our hallmark for the whole entire aging program. I have the hardest time funding for it,” Pressler said. “It was an incredible blessing. We were so happy.”

The program has six centers in White County that distribute 7,000 meals a month. With the remaining $500, 222 meals were prepared and distributed. Pressler knew how special that extra money was for the program.

“The number one priority of the entire White County Aging Program is food,” Pressler said. “Every penny counts when you’re working in something like this.”

Denton said the experience was impactful, but thinks that more could be done for charity.

“At the end of Spring Sing, going to your charity and doing your show for them would be really neat, because you spend so much time working it for them,” Denton said. “I think it should be required to do something for your charity, because it’s really why you’re doing this.”

Pressler said she hopes this project was the beginning of Harding’s participation with the program, because the need is always there.

“I wish Harding would get more involved with these programs and was more aware of what’s happening around them,” Pressler said. “A lot (of) our seniors really enjoy when young people come and visit with them. They have a knowledge that’s dying, and if we don’t sit and listen it will just go away.”

If you would like to get involved with the White County Aging Program by delivering meals or visiting with the elderly, visit the John E. Lightle Center at 2200 E. Moore Avenue in Searcy or call 501-268-2587 for more information.