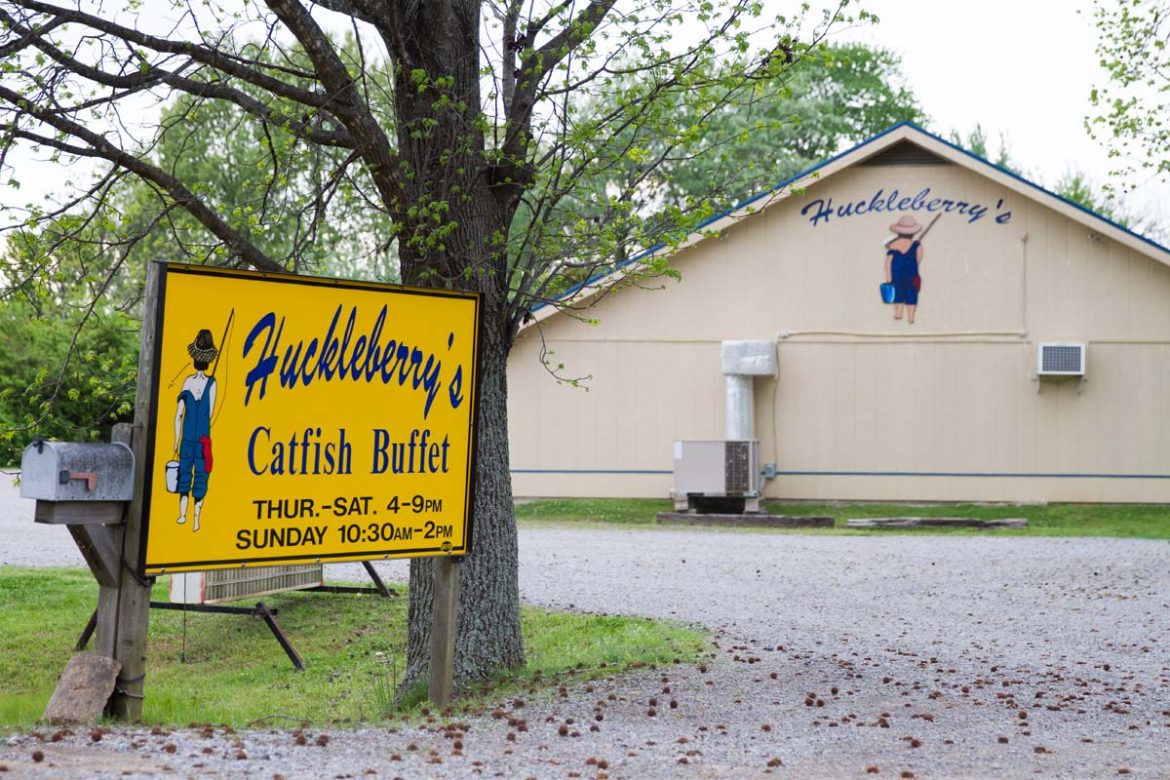 I first ate at Huckleberry’s Catfish Buffet in 2012 and hadn’t been back since — until this past weekend when I went again but quickly remembered why I had forgotten about this restaurant.

Now I am not big on buffets in general, and this last visit gave me more reasons to slow my roll when in pursuit of food from a buffet.

When I arrived at Huckleberry Catfish Buffet, the parking lot was packed, which, to me, is always a good sign. At least I thought it was anyway.

As I exited my car I was hit by a foul stench that lingered in the air. I thought to myself “just hurry and get inside so that I can breathe easy again.” I walked inside and the aroma was better than the smell outdoors, but this smell took me back to my elementary school cafeteria, which was not always appetizing.

I walked down a long empty hall and turned right; there a nice young lady, who wore a jazzy cheetah-print blouse, finally greeted me. Distracted by all of the commotion going on, I glanced beyond this greeter and saw that there was a nice-sized dining area, probably good for hosting big parties, and I assumed that was what was taking place because it was packed and there were not many places to sit.

I decided to just pay for my meal to go, and the charge was about $10 without a drink. This covered two pieces of meat, two sides and a dessert. It was very busy and loud inside; the longer I stood at the counter inhaling elementary school fumes, the more my appetite continued to diminish.

As I proceeded to the buffet area, I discovered that there were about 15 options to choose from which included: catfish, fried chicken, shrimp, gumbo, French fries, hush puppies, beans, corn on the cob, fried okra, pickles and a few more selections.

The options were picked over, and what was available seemed to be scraps and this made a few customers complain. I don’t know how long the food trays had been bare, but I did notice an employee from the kitchen staff come out and speak to some of the guests about refilling some of the food items that were lacking.

He went back in to the kitchen and returned within minutes to put out more fresh food.

Several of the food selections had somehow managed to end up in other food dishes, and I found it to be a bit disturbing that no one had come to clean up the messy countertops.

The food had been sitting under heat lamps in the restaurant, and once I got home it was still pretty warm.

I tried the food and it was edible, although I found it hard to swallow alongside the flashbacks of those messy countertops.

Huckleberry’s is not too far from campus and is located at 2613 Eastline Road. The restaurant is open Thursday through Saturday from 4-9 p.m. and Sundays from 10:30 a.m.-2 p.m.

Will I go back a third time? Probably not, as this last time has left a bad taste in my mouth. I may have gone on a bad day, so by all means go and see for your self.