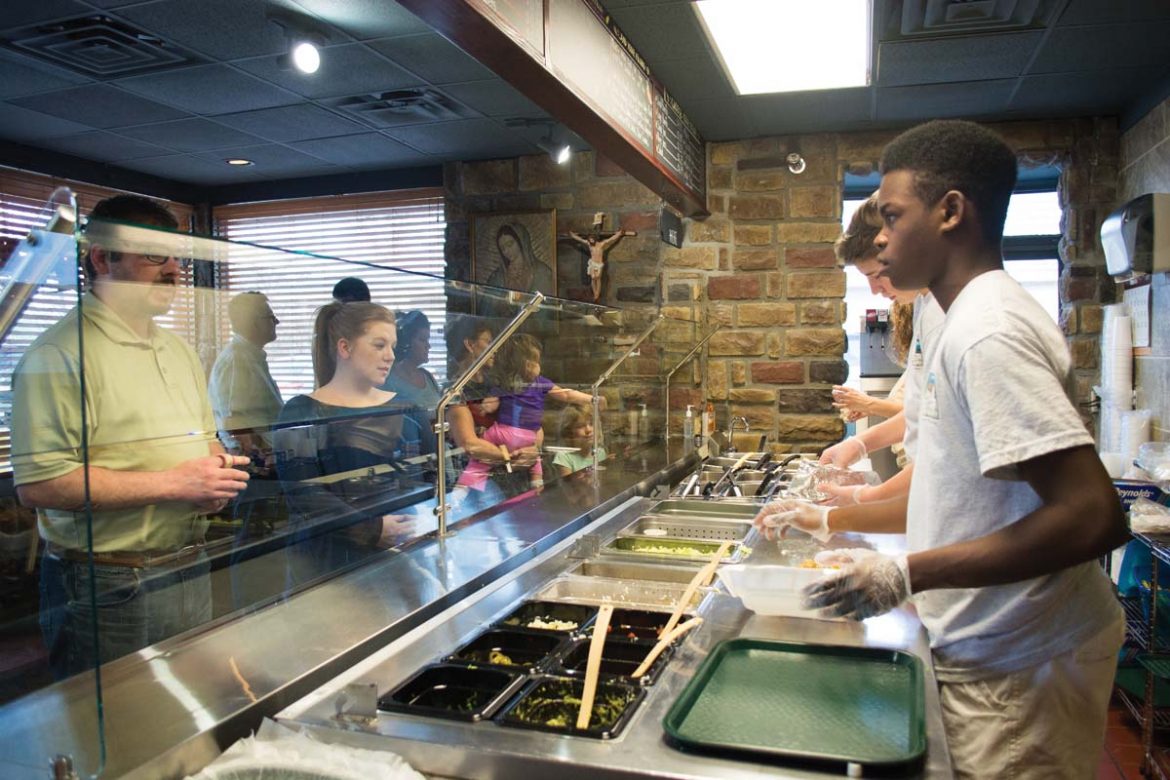 What’s old and new in Searcy and sure to give Taco Bell a run for the border? Mi Ranchito Express. I was devastated when Mi Ranchito abruptly closed its doors, but they are back in business and have been open for almost two weeks now, already drawing crowds.

Not only have the owners added on to the existing name, but they have also taken the majority of the previous menu. Many of those items can be found in one of their other restaurants on Race Street such as Mi Pueblito or El Almacen, but as for Mi Ranchito Express, you will find a smaller menu that is big on flavor, easy on your wallet and not very time consuming, hence the “Express” added to the name.

The setup resembles that of Chipotle. Upon entering, I was welcomed by the sweetest young man who asked, “is this your first time here?”

“Yes it is,” I replied, and before I could ask for a menu he pointed up and directed my attention to the menu, which happened to be written on a board right above what I call the “burrito bar.”

The menu consists of burritos, tacos, nachos, quesadillas, salads and a burrito bowl. The way it works is just like Chipotle: once you decide what you want, you tell the staff behind the counter and they put it together right in front of you.

If you are still undecided, like I was, have no worries: the menu walks you right through what you need to do. Once you decide which item you are going to have you then need to “choose your tortilla, choose your meat and choose your extras.” Extras include white or brown rice, refried or black beans, cheese or cheese sauce and the list goes on. Extra meat, mushrooms, bell peppers and cheese sauce all add an extra charge. The price is, on average, $7 including chips and a drink.

I decided to go with a burrito bowl, fajita style chicken, white rice, black beans, cheese, lettuce, pico de gallo, cilantro and extra cilantro. The best part of my first experience came when I ordered my food to go and they offered me complimentary chips and salsa to go as well. Yes honey, Mi Ranchito Express has officially revived the fire deep in my heart.

I went back the following day to dine-in and had the same friendly encounter with the staff. This time I ordered tacos with ground beef and everything I had on my burrito bowl. It was either really good or I was just really hungry because everything disappeared quickly.

For dessert they offer flan, sopapillas and something called the mini-chimi. I went with sopapillas, and they came with honey and chocolate sauce. Sad to say I did not enjoy the way that they were cooked; the chefs at Casa Brava have spoiled me.

I must add that I was extremely pleased with the cleanliness of the restaurant and the feel-good music that was softly playing in the background. “You’re Still the One” by Shania Twain came on and pretty much summed up my relationship with Mi Ranchito Express. My overall experiences were positive. With good food that is college-budget friendly and fast, Mi Ranchito Express, “you’re still the one I run to.”