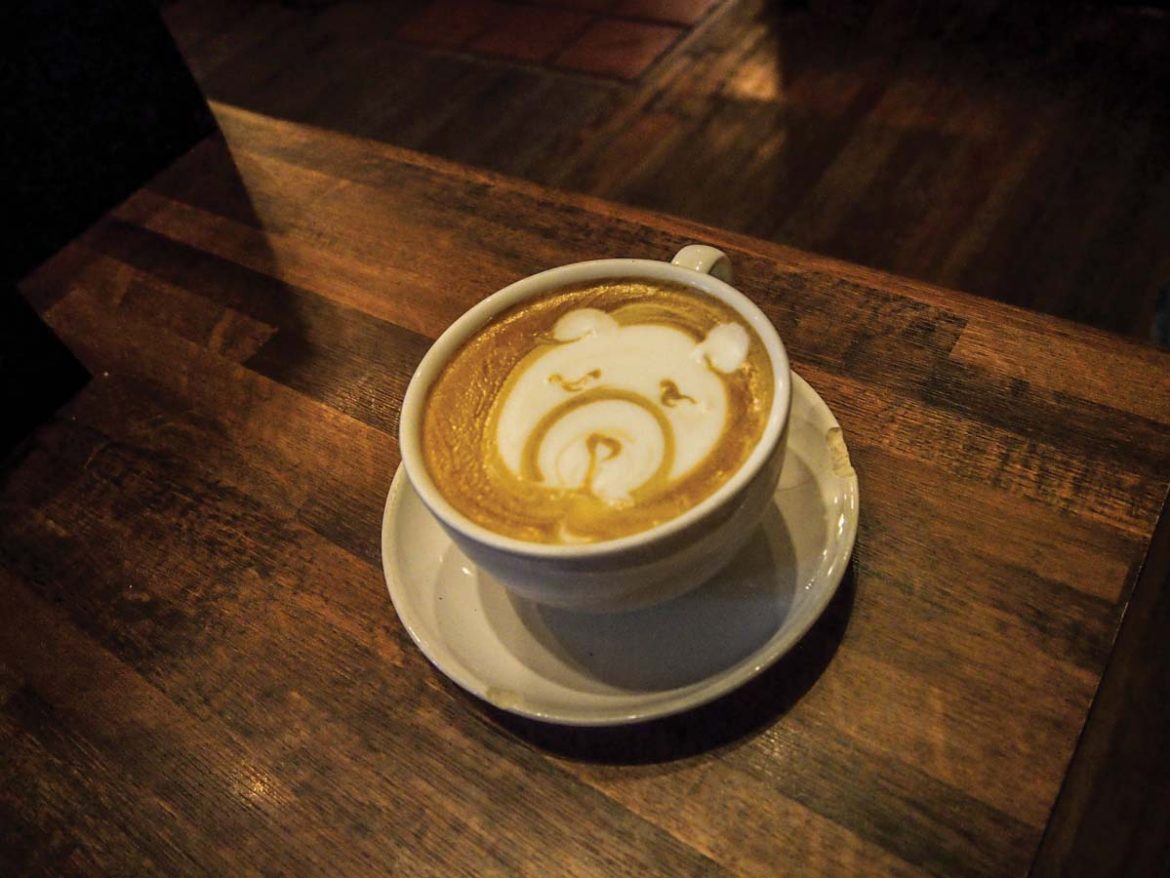 The Black Bear was released this past fall and quickly became a customer favorite, so MO decided to keep it longer than just one season.

MO employee and junior Alyssa Kee said that once the Black Bear was released, everyone wanted to try new combinations of the drink because it went well with everything. The Black Bear is a latte made with MO’s secret homemade black bear syrup which features black walnuts and undertones of maple.

MO employees Patrick Baird and Hillary Niblock, a 2013 alumna, were the driving force behind the new menu.

“Usually specials center on a season itself, but with the popularity of the drink Midnight Oil knew it would take off well,” Niblock said.

MO also added T-shirts that feature the bear-themed animations by MO employee Marcy Yoder and a booklet titled “Field Guide to Bears” for customers to read while deciding what to order.

“The ‘Field Guide to Bears’ has every single bear listed, it has the flavor profile of the drink, what is in the drink, and then a short quirky paragraph about each of the bears,” Niblock said.

New additions featured in the field guide include an iced version called the Polar Bear and a Hagrid which is made with another house-made syrup called the Merlin.

According to Niblock, a lot of work went into creating the new drink combinations. Niblock and Baird began working on the concept and recipes at the beginning of January.

“Patrick (Baird) tasted and tried every drink combination and one day sat down and made all of the drinks to make sure the flavors were balanced, so that one didn’t over power the other,” Niblock said.

Senior Joelle Whitlock is a MO regular and said the Black Bear is one of her favorites.

“I think the Black Bear has become a Midnight Oil classic,” Whitlock said. “So it’s nice to have variations of something that I love.”