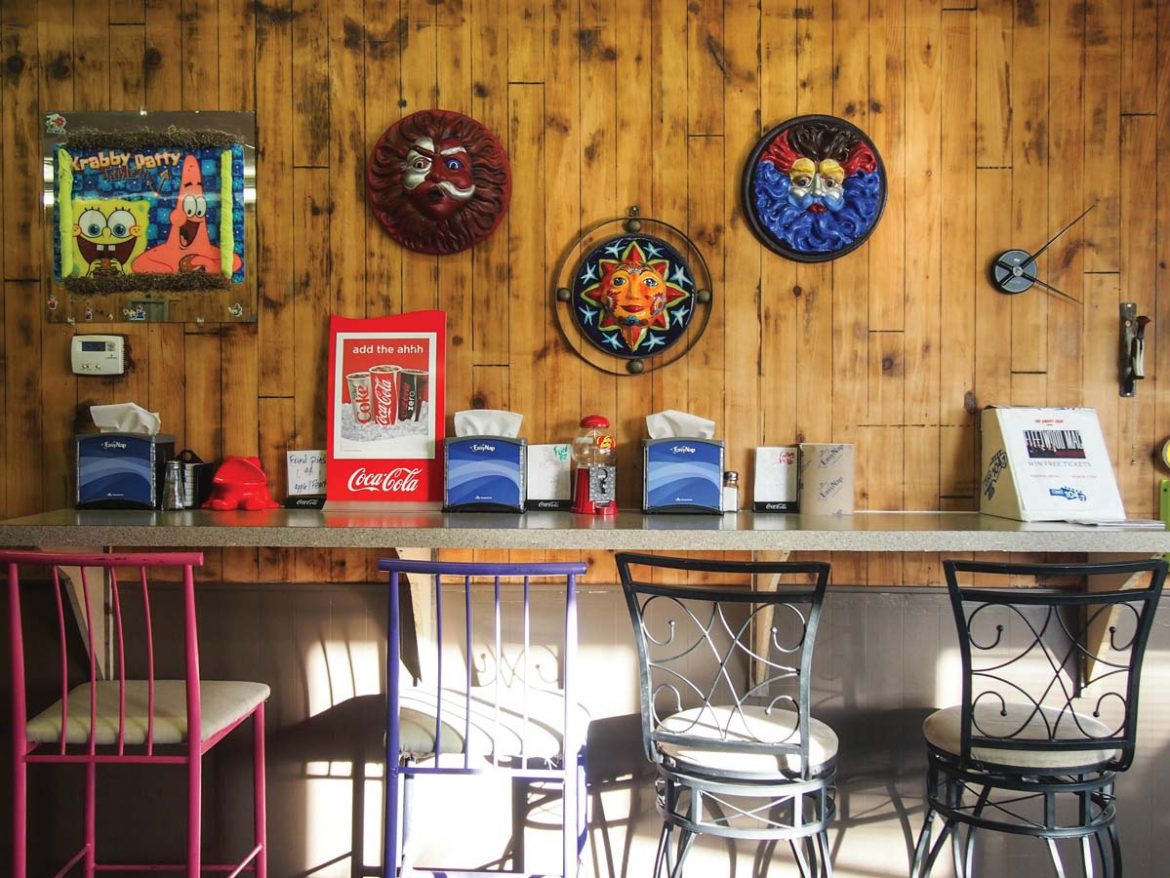 The Krusty Crab is a fairly new restaurant in Searcy located on 1310 West Pleasure Ave. The restaurant has received a lot of attention, but few students have yet to venture over there and see what they’re about.

The restaurant has been open for a little more than three months and has the vision of staying open for many more.

Upon first glance of the Krusty Crab, I was unsure if it was even a business. Though there is a big sign in the parking lot, it is for the restaurant previously located there. Even the small stickers on the front door stating the business name and hours were peeling and hard to read. The overall presentation of the Krusty Crab did not give a good first impression.

As soon as I entered, I was greeted by the one waitress working. She quickly told me to sit wherever I wanted. The ambiance the decor was trying to convey was definitely confusing.

There were numerous random SpongeBob items mixed with western style decorations. Although the decor did not make sense, I could not help but like it. The sporadic decorations mixed with the sounds coming from the kitchen, which was easily open to view, put me at ease. I was comfortable immediately.

I was pleased when I looked at the menu and saw that the prices were extremely reasonable.

I was also surprised when I noticed that their food items were not “SpongeBob SquarePants” themed, but the waitstaff said new menus with themed items will be coming out soon.

A big element that was lacking was their presentation. The overall experience I had before receiving my food was very similar to that which I would have at a local diner.

Once I ate my food, this feeling was reinforced.

The food was tasty; nothing too extravagant, but very comfortable and dependable.

If you are looking for a place to eat breakfast, lunch or dinner without taking a risk on exotic foods, the Krusty Crab is the place to go.

Monopoly belongs in board game jail