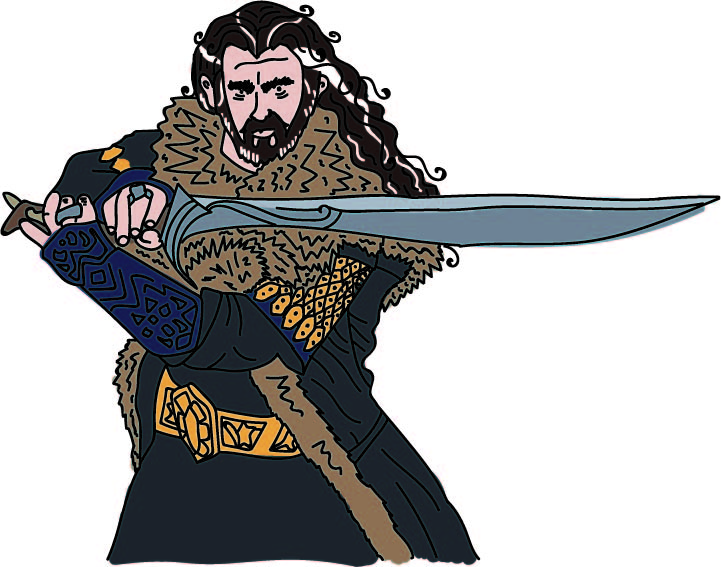 Many families practice the tradition of going to see a movie every year around Christmas, but this past holiday season, the fantasy buffs also stormed the theaters to see the latest “Hobbit” film. Although “The Hobbit: The Battle of the Five Armies” made a pretty penny at the box office, it left me confused, questioning what had become of “The Lord of the Rings” franchise.

The film began by showing the dragon, Smaug, obliterating the city of Laketown, which felt too harsh and awkward for the beginning of a movie. The usual film would start at the exposition and work its way up to the climax, but this one served up a large helping of burning buildings and screaming villagers as an appetizer.

The main theme of “power corrupts” can be a valuable lesson, but it’s nothing this franchise hasn’t used before. Thorin Oakenshield’s quest to find the Arkenstone, the royal heirloom of the dwarves, drives him mad and he won’t stop looking until he finds it. The Lonely Mountain treasure also attracts elves, men and orcs, and a battle ensues to decide who the treasure should belong to.

The corruption of Thorin and others is familiar considering that many, including Gollum, fell to their own doom in the pursuit of the Ring of Power in the original “The Lord of the Rings” trilogy. The main concern of the entire movie is too cliche and repetitive for this film to be a spectacular one.

Perhaps my biggest complaint was the “missing” fifth army. The four armies that seemed obvious were the men, the elves, the dwarves and the orcs. Certainly Peter Jackson wouldn’t name the film “The Battle of the Five Armies” and then leave out a fifth army so viewers had to theorize possibilities of their own. Is the second orc faction the fifth army? How about the group of dwarves that are under the command of Thorin? Are the giant worms the fifth army? Could it be the giant eagles, even though they are almost synonymous with Gandalf? Is Bilbo Baggins considered to be the fifth army because he’s the only hobbit there?

This whole ordeal confused me and it seems ridiculous that the validity of the title has to be questioned.

Overall, this film was a fitting end to “The Hobbit” trilogy and the on-screen adaptations of J.R.R. Tolkien’s books, but don’t spend your share of The Lonely Mountain treasure seeing it in theaters.