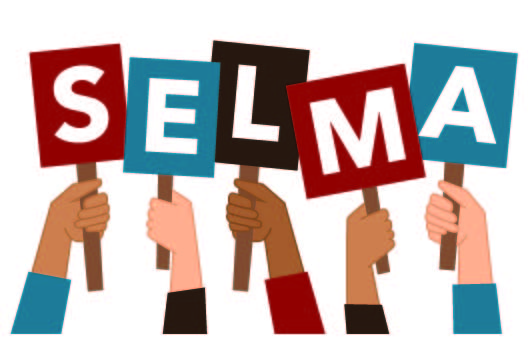 If you are looking to see a movie that will send you skipping out of the theater with a grin on your face, do not go see “Selma.” If you are okay with being disgusted, heartbroken, humbled, challenged and empowered, go see “Selma.”

This movie is not like most biographical films, which attempt to summarize a person’s entire life in two hours. Instead, “Selma,” directed by Ava Duvernay, focuses on a specific three-month period of Dr. Martin Luther King, Jr.’s life as he fights for equal voting rights in America.

The year is 1965. Lyndon B. Johnson is president, the Civil Rights Act has recently been pushed through Congress and segregation is illegal. Unfortunately, a large amount of white Americans aren’t happy with the decision, and they search for ways to get around the law — one of the most notable ways being in the area of voting. Hundreds of southern towns have implemented ridiculous tests and requirements to keep African Americans from being able to vote. King sees equal voting rights as the next step in equality, and the film follows him as he plans to lead a march from Selma, Ala., to the steps of the state capital building in Montgomery, Ala., in protest.

“Selma” screams reality from the get-go. King, who is portrayed by British actor David Oyelowo, is shown as a real human with real flaws. The audience sees him struggle with family, with rage and with the feeling of uncertainty. Films about courageous leaders often illuminate the good and ignore the bad, but that is not the case here.

The brutality of the southern law enforcement is not sugarcoated. The cruelty with which the protesters were treated is shown front and center, and the camera jumps from one act of violence to the next. Those scenes are hard to watch, but they were designed to be that way. “Selma” sets out to tell the true story of what happened in our country 50 years ago, and what you see may make you sick to your stomach.

Interestingly, one of the relationships that get the most attention during the course of the movie is that of King and Johnson. The audience sees the political side of what was taking place as King and Johnson negotiate legalities. The film does a good job of showing that King not only had passion, but he also had intelligence and tact.

The powerful soundtrack, the majority of the songs recorded in the 1960s, completes the feeling of reality. Add actual footage of the march from 1965, and it’s hard to remember you are sitting in the theater, and not in Selma, Ala., looking Martin Luther King, Jr. in the face as he stands up to say enough is enough.

Finding your place after college