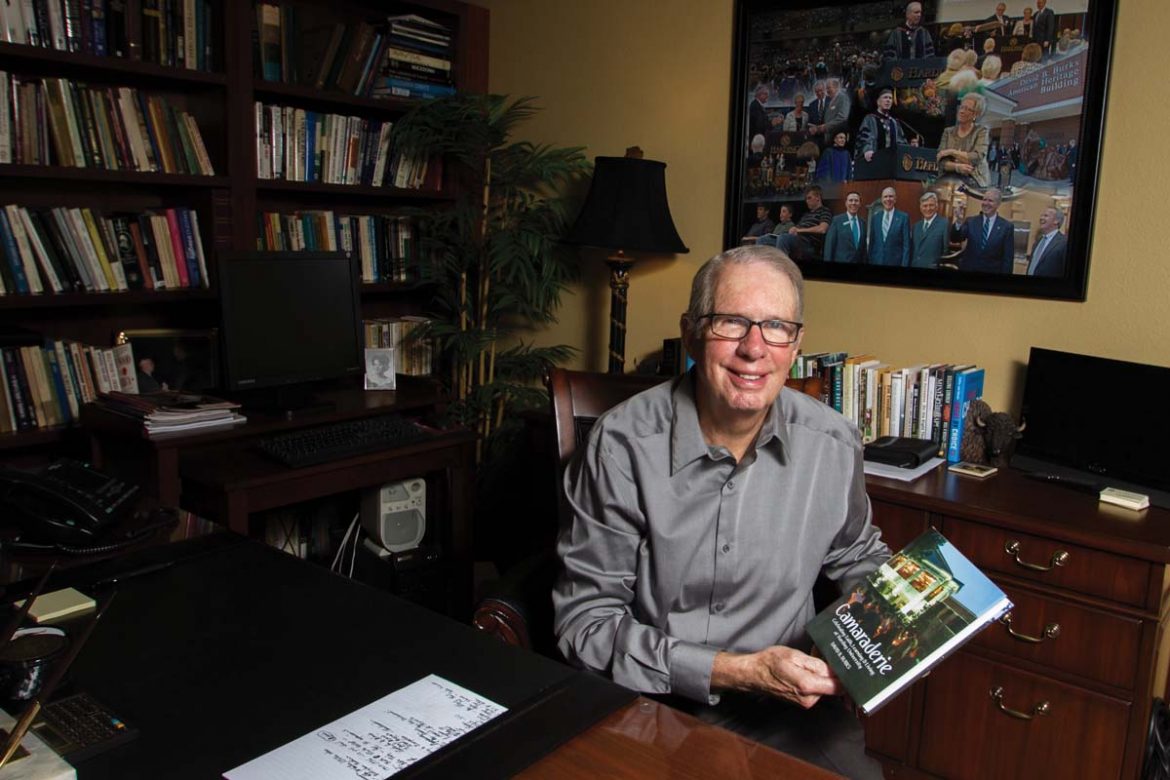 This weekend on campus, Chancellor Dr. David Burks will be debuting his new book, Camaraderie, to the Harding family, as well as signing copies in the Harding Bookstore. The book details the last 26 years of Harding history and experiences during his presidency at Harding.

During Burks’ final year as president, he led several chapels sharing some of his favorite things about his time at Harding, including stories about students, special guests and campus events. After sharing these stories in chapel, several students and faculty members approached Burks and suggested that he compile them into a book about his time as president.

In the fall of 2013, Burks and his student assistant, Will Waldron, began the research process to write what had been an outline Burks had been working on for almost 5 years. By the fall of the following year, the completed book had become an expansive and detailed account of his presidential career.

“It was a huge job, a much bigger job than you ever think it’s going to be,” Burks said. “I used the annual President’s Reports as my primary source, and then I went to the Bison, Petit Jean and Harding magazine and clipped out articles that dealt with the stories I wanted to tell.”

Beyond all of the primary sources of information he found, Burks also wrote to faculty members, alumni, student leaders and administrators asking them to share some of their favorite stories about their Harding experience.

“Although there is a lot of Harding history detailed in the book, it is more of an effort to highlight stories as to why we celebrate the mission of Harding,” Burks said.

In addition to the research accomplished by Burks and Waldron, an advisory committee was formed primarily of Burks’ presidential cabinet to help guide the forming of topics and chapters to be covered in Camaraderie. Burks said that having the committee helped to make sure that he touched on a wide variety of subjects and stories that would truly capture a snapshot of every angle of Harding life.

The title of the book itself is a distinct remembrance for many of Burks’ presidency. According to Burks, he tried to steer away from using camaraderie as the title, fearing it would not connect with those outside of Harding. However, students and faculty members insisted he use it, as the word camaraderie was the key word he often used to describe the student body that he found so special.

“There were a lot of people I could have dedicated this book to, but I never had a second thought about feeling the book needed to be dedicated to the student body at Harding,” Burks said. “They encouraged me to write it, their stories are in the book and they are what make Harding important.”

Get to Know the Cast: The Lovable Sidekick

Looking back on 90 years of the Harding presidency