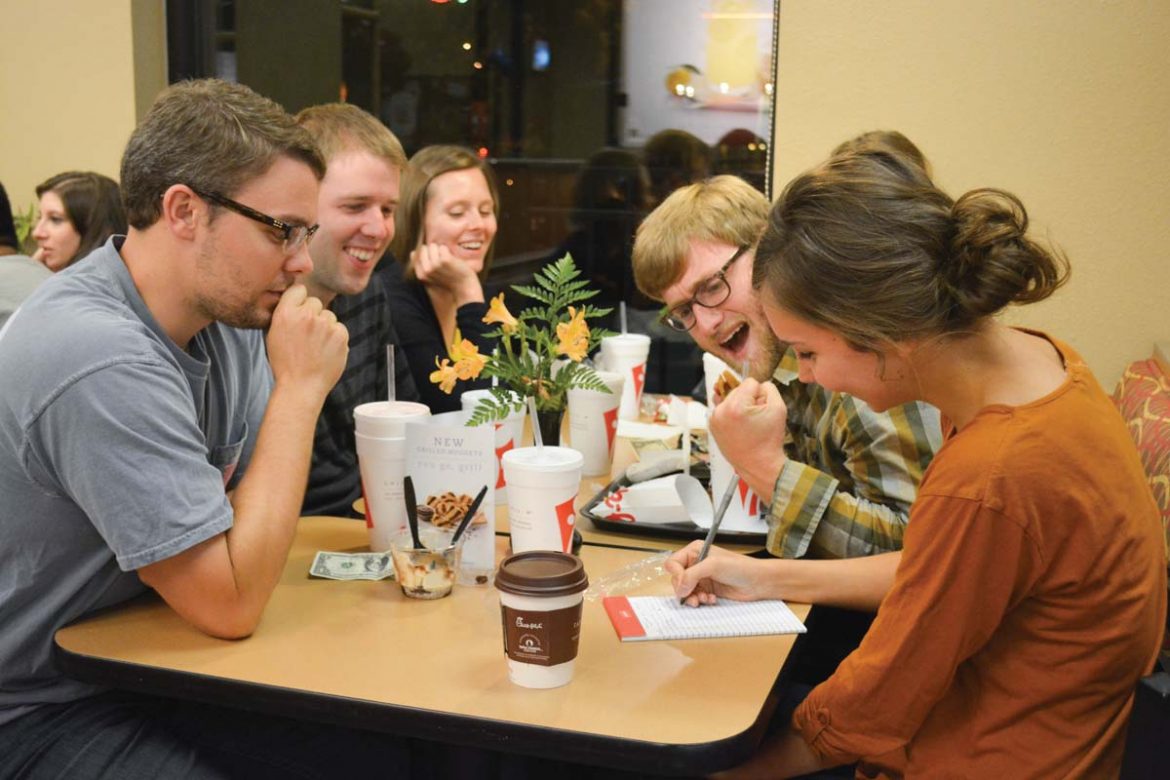 For college students in a small town like Searcy, it can be difficult to find something to do during the week. The Chick-fil-A on Race Street is looking to change that with Trivia Night.

Chick-fil-A is currently hosting its second season of Trivia Night. Trivia Night allows teams of six to compete through five rounds of trivia every Monday night. The top three teams at the end of the night win prizes ranging from a free dessert to free meals. Teams that attend regularly can earn points throughout the season, and the team with the most points at the end of the season will win 80 free meals.

Jonathan Chramer, Searcy Chick-fil-A’s Director of Operations, said Trivia Night brings something unique to Searcy by offering an event during the week.

“Trivia Night offers a destination,” Chramer said. “There’s not much to do during the week . . . so it’s fun to be able to offer an event and give people another option.”

According to Chramer, while hosting Trivia Night makes good business sense, the event is really about building relationships.

“It’s important for us to develop relationships with the community,” Chramer said. “People that didn’t come in all the time before, we see two or three times a week now, just because they had a lot of fun when they weren’t coming in as a customer.”

Senior Michael Eledge said Trivia Night also allows members of the community to interact more with each other.

“You have a lot more people talking to each other and branching out, being more social,” Eledge, who has worked at Chick-fil-A for over a year, said. “If you’re playing together you’re a little bit more inclined to go and say hey.”

Chramer said he hopes Chick-fil-A will become a destination for the community throughout the week, and that he has already seen that happen with Trivia Night.

“We want to be a place for people to come hang out,” Chramer said. “We see these teams come and have lunch and just hang out, and that’s satisfying for us.”

“I’m probably going to eat Chick-fil-A anyway,” Myers said. “But now I get to play trivia. Chick-fil-A is already good, but playing trivia while eating Chick-fil-A? Nothing beats it.”

Though Myers’ team won third place last season, he said the experience was more memorable than the free meals.

“My reward was the pleasure I got from the company of my friends,” Myers said.

“You could walk away with 80 free meals and never pay a dime,” Chramer said.