Home Campus Making the most of open dorm

Making the most of open dorm 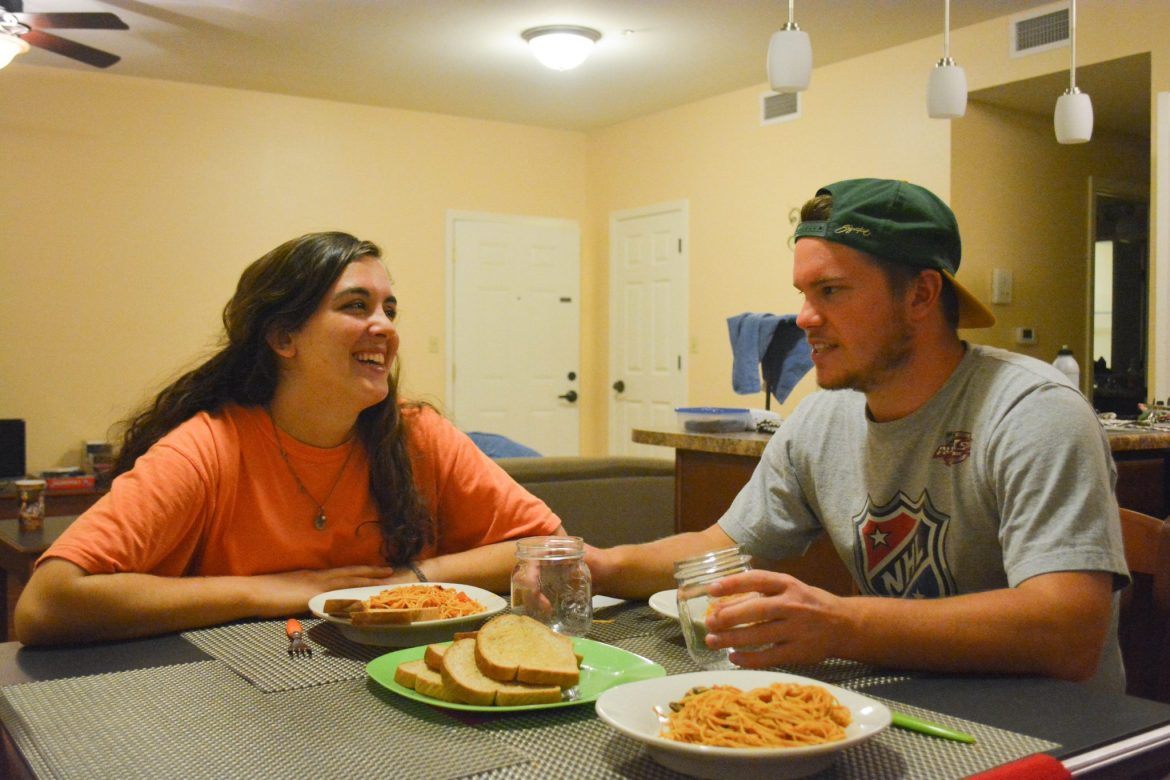 Open dorms are a quirk unique to the Harding experience when dorms suddenly become co-ed for two and a half hours and the resident assistants make sure that all pairs of feet in the room remain firmly planted on the floor.

These evenings are an opportunity for students to hang out, watch movies, or just eat dinner together. However, many times students are not aware when they are going on until the day of.

“(Having open dorm) once a week would be awesome, but I don’t know if it’s doable,” junior Danny Jackson said. “Given that the RA’s have to be there checking, I think the number one thing we need for open dorm is consistency.”

Harding’s Student Handbook does not make provision for open dorm nights, so the Student Association has taken the responsibility to become a liaison between the students and the administration to provide this privilege. This year, the SA is making efforts to provide clarity and consistency in providing nights men and women can visit each other’s dorms.

“I think one of the things that’s been bad in the past is that they’ve been really random and nobody would know about it,” Student Association vice president senior Zach White said. “Now the way it is, it’s on a Tuesday every time and they will be back to back, three in a row.”

But what do you do for two and a half hours? Here are some ideas: make a music video, host a debate, have men lift heavy furniture and rearrange your room, get hypnotized, or have a hall party (with your RA’s permission).