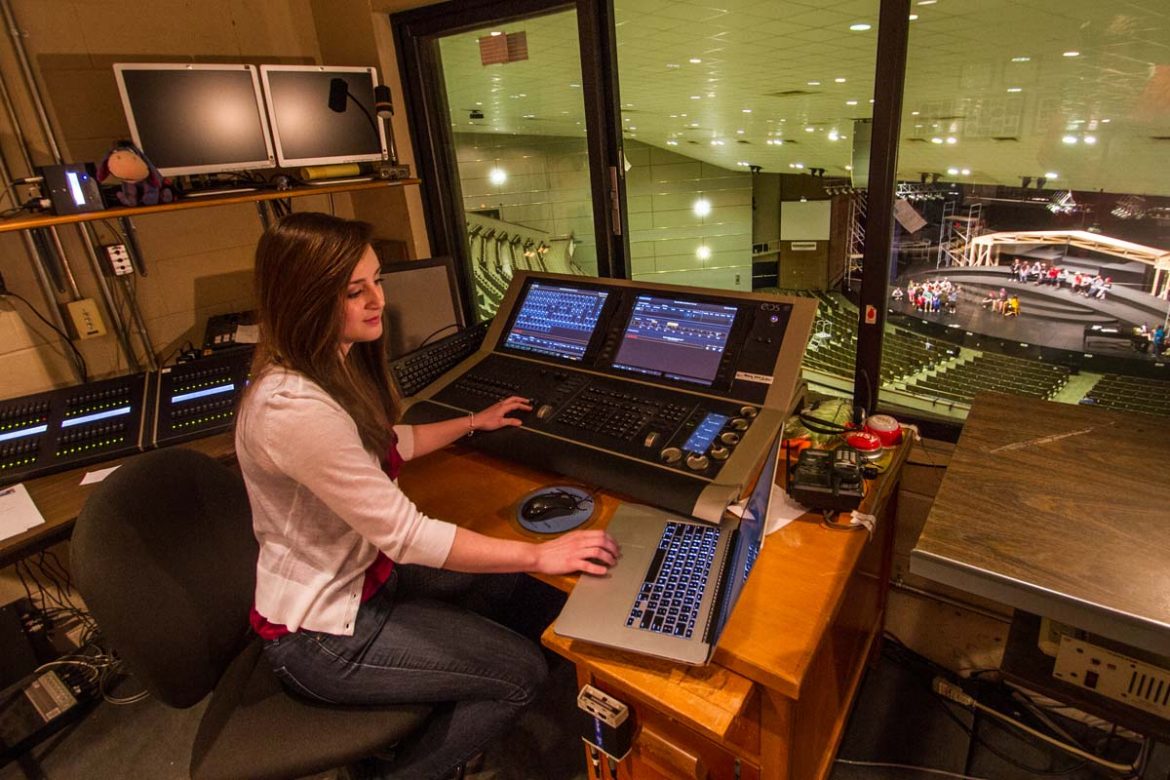 When thinking of Spring Sing and the production team that puts together the annual spectacle, one would normally think of 20-year veterans like directors Steve and Dottie Frye or producer Cindee Stockstill. However, in a year dedicated to the “New,” junior Sarah Harris, a theatre major, rose to the rank of assistant director and officially secured her place in Spring Sing history.

Harris began her work at Harding as a nursing major because of its practicality as a career and her passion for helping others. Harris said that as the oldest child in her family, she felt called to follow in her father’s footsteps in the medical field, but soon realized it did not have the creative outlet she was looking for in a career choice. After many prayers and difficult decisions, Harris said she decided her sophomore year that she would switch her major to theatre and pursue a career as a professional stage manager.

Harris said she decided to set to work at gaining all of the knowledge she could during her time here at Harding. She immersed herself in the theatre curriculum and began taking large jobs almost immediately, such as stage managing the homecoming musical, “Pirates!?! A Pillaging of Gilbert and Sullivan,” last fall.

Just in the last semester, Harris decided to try her hand at lighting and assisted in the lighting design for Harding’s “Macbeth” and “Radium Girls” and will direct her own one-act at the beginning of May. Even with all of this experience under her belt, Harris said she understood that Spring Sing was a different task entirely.

“When I first changed my major to theatre, I mentioned to Steve (Frye) that I thought stage managing Spring Sing would be fun, and he just gave me this look like I was crazy,” Harris said.

In the entire history of Spring Sing, Harris said that a student has only taken on this role once before, allowing Frye to sit in the audience and watch rather than call the show from the light booth in the balcony. Harris was therefore determined to become the second student to ever call the show.

The production team selected her for the role of assistant director this year to prepare her for her work as stage manager next year. This year, as Harris learns the ropes, she has been attending regular production meetings as well as designing and setting the light cues for all eight of the club shows. On top of this, she has also been writing a how-to manual for Spring Sing, in case anything ever happened to one of the major production team members.

“The manual talks about what your thought process should be with the show and when to make certain decisions in the process,” Harris said. ” We’re not trying to put a ring around it so it can’t move, because Spring Sing is a moving target, but it will give a more solid outline and structure to those that come later.”

Harris has already been selected to stage manage Harding’s homecoming production, “Shrek the Musical,” as well as continue her work with Spring Sing. Regardless of what happens next, Harris said her first priority is to always make sure she is honoring God with her work and the rest will follow suit.

As the lights go down for Spring Sing: “New” this year, make note of Sarah Harris in your program, because in years to come, she might just be running the entire show.