Jazz band to serve as house band on stage this year 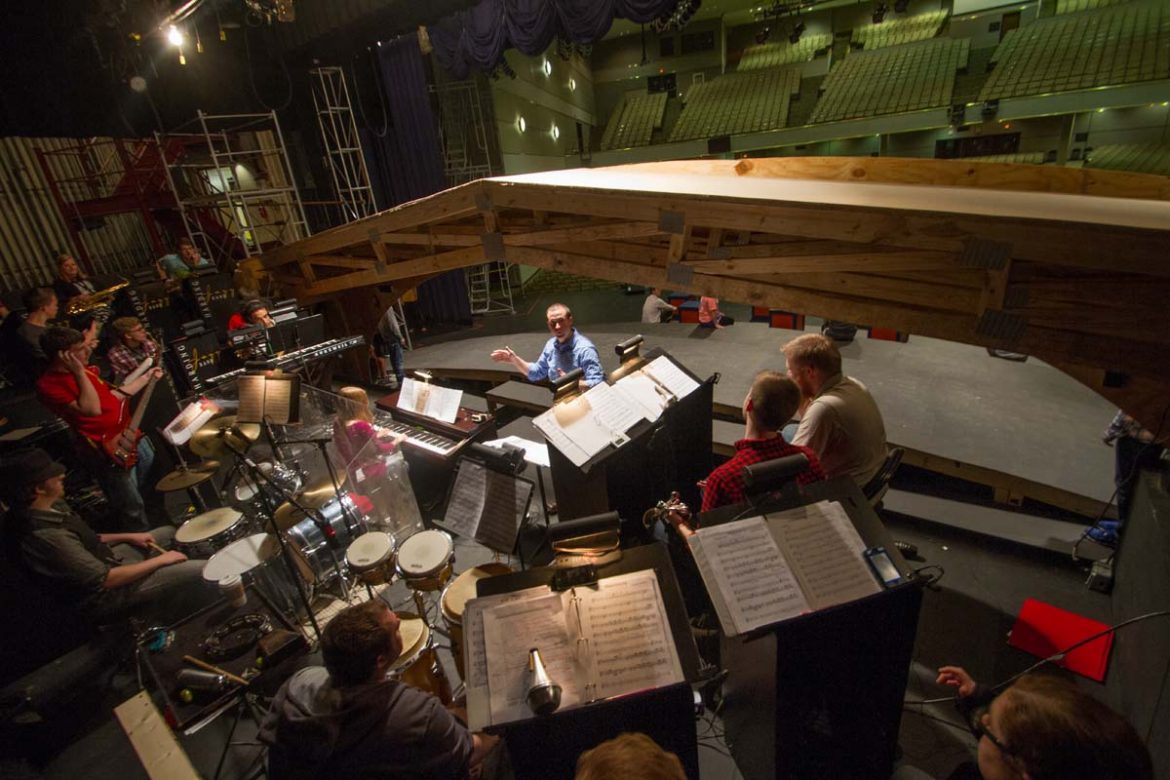 “While the jazz band has always played a variety of musical styles, we will focus on funk music for this year’s Spring Sing features,” Parker said. “It has been a blast learning these tunes, and they have really been pushed outside of their usual jazz band comfort zone.”

According to sophomore music education major Austin Westjohn, the jazz band will be on the Benson stage the entire time. Westjohn said the jazz band’s presence is a major part of what will bring the show together.

“I think (the performance) will be smooth,” Westjohn said. “It’s going to be good because the jazz band’s role in Spring Sing, when it’s not doing the feature pieces, is accompanying the hosts and the ensemble. That’s really fun because without the jazz band, it wouldn’t all come together. Just like without the club shows it wouldn’t come together. It’s just a big part of how Spring Sing works every year.”

Julie Harvey, a junior music education major and trumpet player, said that even though the jazz band has played on stage in the past, this year is the first time for all the players.

“None of us have played on stage before,” Harvey said. “We would be in the pit and no one could see us. There’s something blocking our view a little bit, but still, (the audience can see us).”

According to freshman exercise science major and trombone player Drew Howerton, the timing will be the trickiest part of their performance.

“Dr. Parker has to conduct us based on how the (ensemble, hosts and hostesses) sing,” Howerton said. “Because they can’t see Dr. Parker, they have to sing at their own tempo, and he has to have us go with it. People can have good days and be excited and the tempo can be up a little bit, (or) it could be down. So we just have to follow Dr. Parker and lock it in and know that he’ll stay with the singers, and it’ll work out.”

Westjohn said that because Parker is a percussionist, he is really good at keeping the pulse together.

“The tempo is always really steady, and he’s made it easier on all of us to play together as one group. He brings a level of energy to the group as well,” Westjohn said. “I really like Dr. Parker because of the way he interacts with the students, and he has a great sense of humor. He’s definitely much appreciated.”

“It’s always a positive experience; it’s never not,” Harvey said. “We still interact with the other (participants). It’s not like we’re just a separate group. There’s at least a thousand people on campus that are in this performance, and so we interact with a lot of them; it’s a whole community.”

What’s so ‘New’ about Spring Sing?