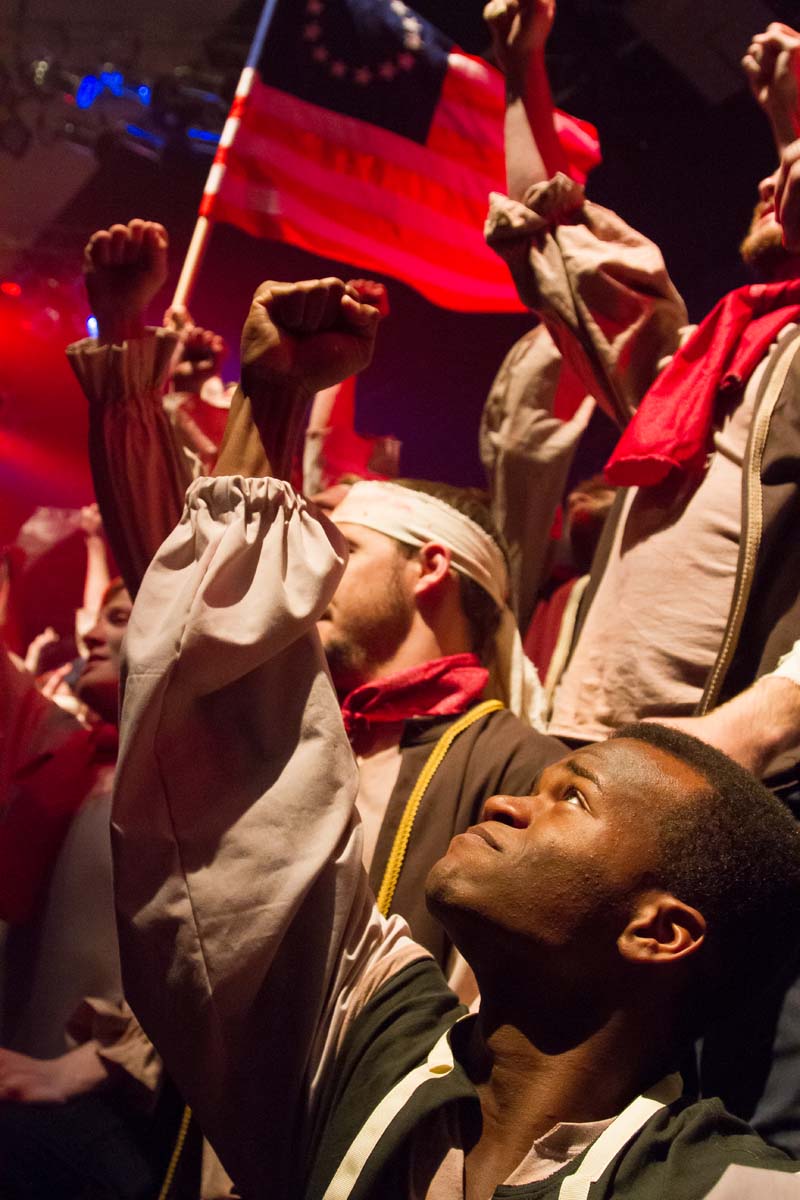 Knights is taking the Spring Sing stage for the first time since 2000 with an American Revolution-themed show.

Contrary to rumor, Knights was never banned from Spring Sing but made the decision themselves not to do the show again.

“The show (in 2000) was called ‘A Disaster Waiting to Happen’ and the title was an unfortunate, ironic and very real description of how tragically embarrassing the performance was,” alumnus Chris Casey said. “After I cringed in my seat for seven minutes as an eyewitness to said travesty, I told myself I’d never join that stupid club.”

Casey was a senior in high school when he saw the show, and said he “ironically” ended up joining Knights the following year.

“After pledging and hearing the story of the embarrassing failure of that last performance from those who were actually in it, we simply promised ourselves that we wouldn’t do Spring Sing as a club anymore,” Casey said.

In 2000, the show was performed with women’s social club Tri-Kappa, which no longer exists, and friends.

After seeing the recording of the natural disaster-themed show, current director and junior Harrison Waldron agreed that the last time Knights did a show was “so bad.” This year, Knights is attempting to make a comeback from the “disaster,” performing an American Revolution-themed show without any other clubs or friends. Only members of Knights and their queens are allowed to participate.

“I chose to do Spring Sing because it’s seriously a once-in-a-lifetime opportunity,” junior Hunter Beck said. “When Knights decides to do something, we go all out and make it awesome.”

Waldron is the sole director of the show, but sophomore Kyle Johnson and junior Matt Erwin have been helping with the leadership role.

“Harrison has put the team on his back and dedicated his entire year to this show, but Matt and I have helped with attending meetings in his place, coming up with some choreography and picking up the slack wherever he may need help,” Johnson said.

Erwin said he has enjoyed the production of the show and what he’s learned from it.

“Our show is built to have fun,” Erwin said. “It has been an honor this semester to help out and see the guys enjoy this process.”

Waldron is excited about how the production has turned out and said he didn’t expect any less.

“Knights is by far the goofiest and most creative club on campus, in my opinion, and I knew that if we could come together to make this happen, then it would be amazing,” Waldron said.