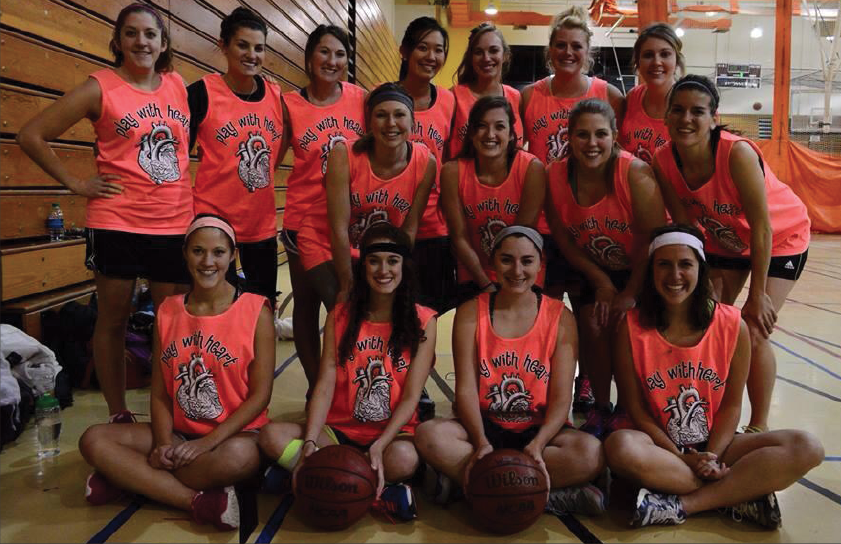 The team consisted of 18 students from the class of 2015 in the first year of their two-year program. The team played against all undergraduate intramural teams. Men in the same class also organized an intramural team and competed with faculty and other graduate school teams.

Member of the team and Harding alumna Annalyse Faulk said the initial formation of the team was a simple process.

The team won one out of their five games, but Faulk said she cared less about their record and more about the experience.

“It was a fun way to bond with my classmates and take a break from studying,” Faulk said.

Harding alumna Sarabeth Hurst is in the physician assistant program class of 2015 and also played on the team. Hurst said she enjoyed bonding with her classmates in a way that did not involve academics. She said that on a weekly basis, the students study at least 20 hours outside of class, usually have at least one test, give or take a quiz and take clinical skills and physical diagnosis assessments.

“I really enjoyed getting to bond with my classmates outside of the classroom,” Hurst said. “We are together more than 40 hours every week but in a professional setting. It was refreshing to spend time with some of my favorite people without worrying about upcoming tests and other stresses that come with graduate school.”

One of the team’s players, Christina Byler, previously played basketball at Hendrix College and was able to give pointers and advice to some of the more inexperienced players. Both Faulk and Hurst said they appreciated participating in something they were not masters at.

“The Beatles: The Night That Changed America”