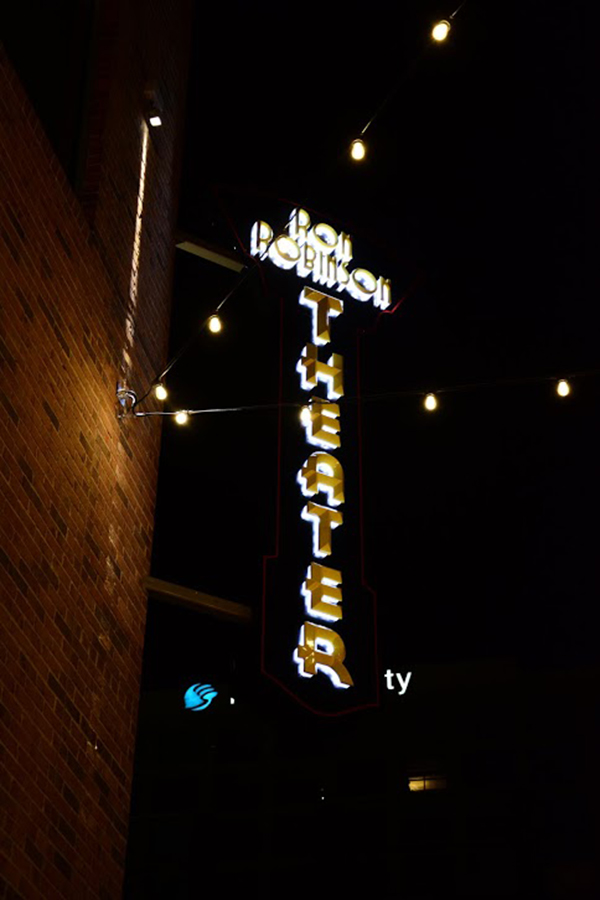 The Central Arkansas Library System completed its week of grand opening festivities for its Ron Robinson Theater in Little Rock, Ark. on Jan. 25. The week began on Jan. 17 with a screening of a documentary from the 2013 Little Rock Film Festival called “Ain’t In It For My Health.” The documentary is about Arkansas native Levon Helm. On the final night of the grand opening weekend, the Ron Robinson Theater screened “Ladder 49,” a film by North Little Rock director Jay Russell, followed by a reception in the lobby. Over 30 Harding students and faculty attended the grand opening party on Jan. 25.

The new three million dollar event venue boasts 315 seats and a state-of-the-art projection system for films. The performance space can also be used for plays, concerts and lectures. The Ron Robinson Theater is a part of the Arcade building in the River Market in Little Rock. Along with the theater, the Arcade Building contains office space, a restaurant and several stores.

Robinson was a college intern for an advertising, marketing and public relations agency in Little Rock under Wayne Cranford and Jim Johnson in 1962. Since then, he has worked as the agency’s director of public relations, vice president, president and chairman until his retirement in 1997. In May 2010, Wayne Woods became the chief executive officer, creating what is known today as CJRW. Robinson now serves as a chairman emeritus on the agency’s board of directors.

The Ron Robinson Theater can be rented out for practically any event, including birthdays, business meetings, social gatherings or weddings. The theater offers rental packages for public or private screenings.

A Glimpse at Natalie Jadon from Nazareth

A mission to connect