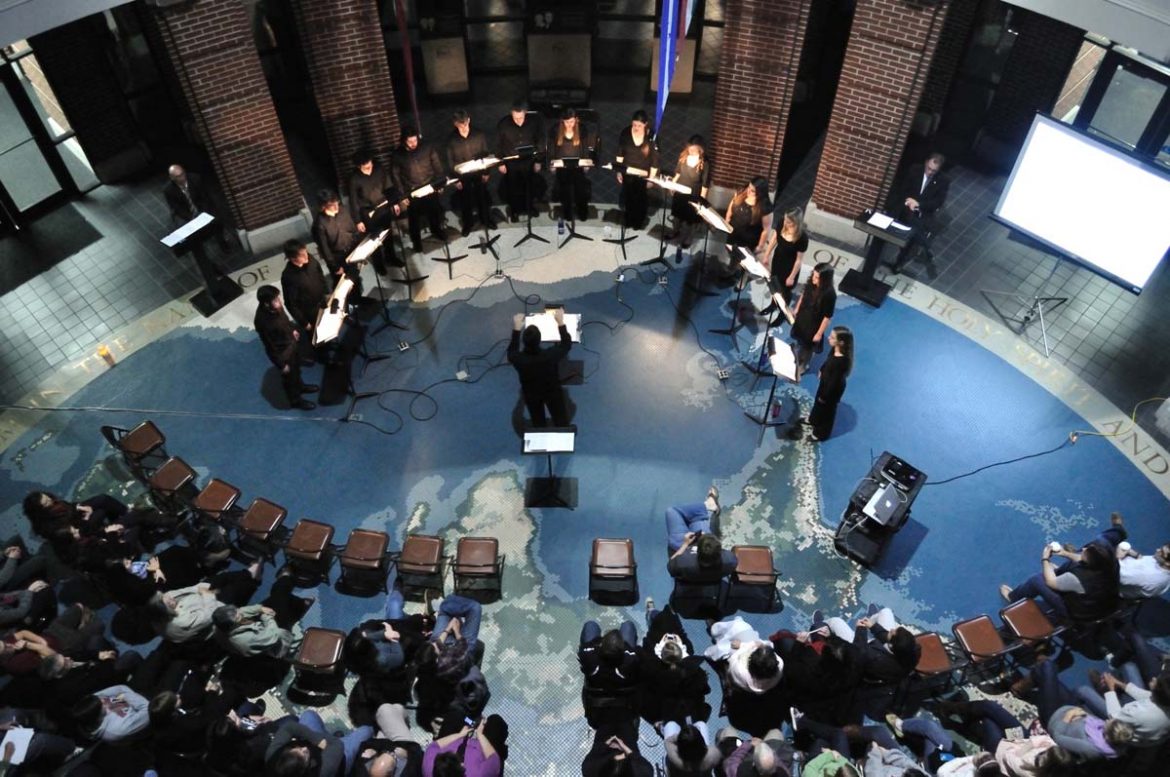 On Wednesday night in the McInteer rotunda Kelly Neill, department chair and assistant professor of the music department, conducted the concert of prayer.

The McInteer rotunda was illuminated with candles and a few light bulbs, creating a more intimate atmosphere to praise God. The chairs located in the rotunda were quickly filled, and soon after, the stairs of the second and third floor were also used by students and visitors.

According to Neill, the chamber singers’ concerts during this time of the year have usually been focused on Christmas. This year, however, they decided to do it differently and focus more on prayer.

This year, a group of 14 Harding students were part of the chamber singers. They opened the night with “Jesus Christ, the Apple Tree.” The public was quickly engaged and sang along.

The concert was divided in different sections including the opening, a call to worship, confession, consecration, sanctification and closing. The scripture readings came from Psalms 30 and 32.

The closing of the concert included a prayer for all to read aloud and the last song was “The Lord Bless You and Keep You.” During the last song, the choir members were spread around the rotunda, letting the public’s voice fill the McInteer Building. At the end, the crowd stood up and applauded the choir.

After the concert, people stayed and congratulated faculty and students for their performance.