Home Lifestyle Putting the pieces together 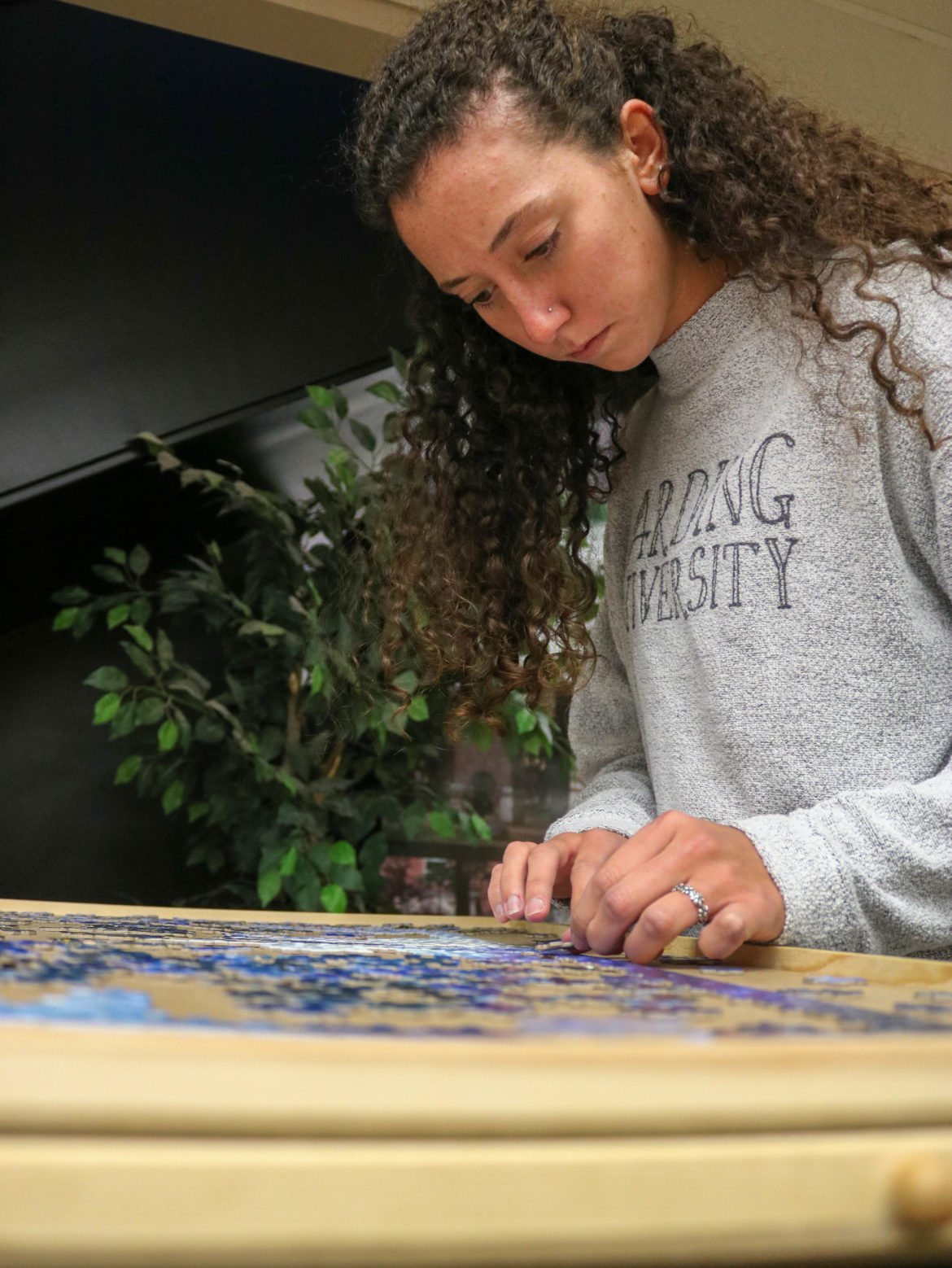 Students are completing puzzles in the library at a faster pace than in previous years. About every week a new 1,000-piece puzzle is brought out at the puzzle table next to the staircase in the library. Students in varying sized groups gather around the puzzle to hang out with each other and work to complete the puzzle.

Brackett Library director Jean Waldrop said puzzles were brought out in the past for students during dead week as a study break. The librarians noticed the traction the puzzles were getting, so the library purchased a high table and puzzle plate with drawers specifically for puzzle making. Puzzles became a permanent part of the library last school year.

Sophomore Tucker Bartch said he spends about five to 30 minutes on the library puzzles every day. He said he participated in solving the puzzles once or twice last year but participates more frequently this year.

“It’s a good break from studying without sitting on TikTok for 30 minutes,” Bartch said. “It keeps your mind engaged, and it’s fun, but you’re still not doing homework so you get the joy of not doing your homework.”

Bartch said it has been nice to reconnect with people he’s acquainted with while collaborating on the library puzzles. This social activity has been happening more often for him.

Junior Abbey Hackett works on the library puzzles a few times a week. Working on a puzzle does not require much effort, so talking through the pieces has allowed Hackett to meet new people and make new friends.

“It’s become a great point of community,” Hackett said. “A lot of times I walk in, and a friend I’ve made recently is at the puzzle, or I’m at the puzzle and someone walks up and joins me.”

Waldrop said students have completed about six puzzles this semester so far. The speed of finishing puzzles depends on the style and count. She said she has also connected with students through the puzzles.

“I think it’s a natural thing when you’re working on a puzzle that you do talk to people that are around there,” Waldrop said. “I’ve stopped and worked on them before and gotten to know a couple students doing it that way, too.”