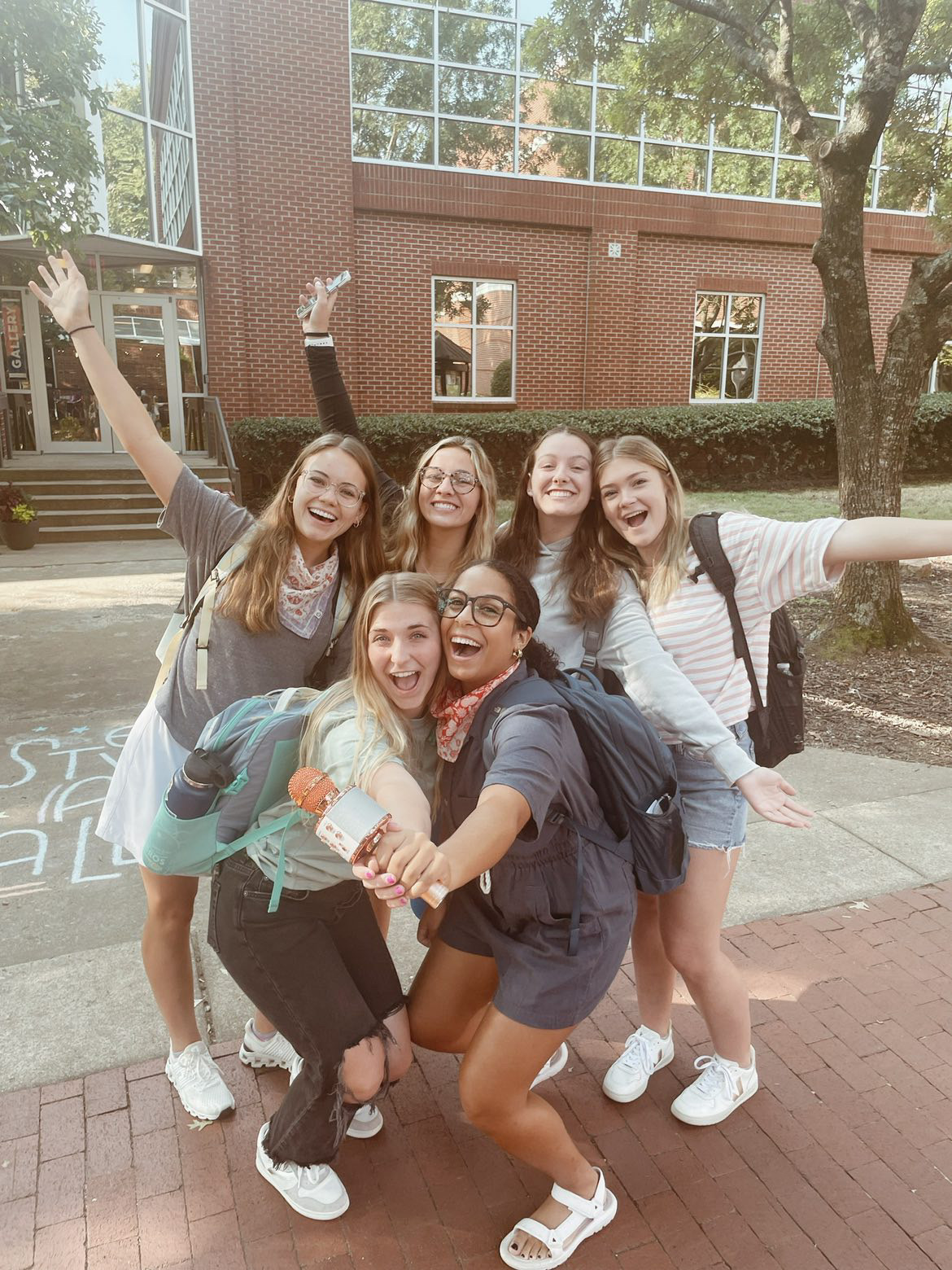 A group of students has found a creative way to bring people together this semester. In the dorm one night around curfew, a small group of freshmen girls created the Instagram account “Bison Babble.”

McFarland, who is also featured in the introduction clip of each episode, said the group intentionally included people outside of their social circle.

“We go around after chapel and ask questions to people, most of the time people we don’t know,” McFarland said. “There’s a question of the day, and it’s always interesting to hear their answers.”

Each episode lasts around two minutes and includes a range of answers to the group’s designated question of the day. Featured guests have included students from across campus as well as staff or faculty, including members of administration such as Executive Vice President Jean-Noel Thompson.

In the first episode, where Thompson was featured, the participants were asked, “If you were a candle scent, what would you be and why?” Sophomore Nick Aziamov was also interviewed in this episode and said he would want to smell like a Black Ice car air freshener. Aziamov said he saw how “Bison Babble” and other student-led activities contributed to the Harding community as a whole.

“There are so many fun ways that everyone can get involved in little things like this,” Aziamov said. “We have ‘Bison Babble,’ ‘Glasses Wednesday’ and swing dancing on the Front Lawn. They’re all just ways to try to bring people together.”

Like Aziamov, many students across campus resonated with the positive message “Bison Babble” spread. McFarland said the response the group received affirmed their decision to make the videos.

“We were surprised by the amount of people that knew about it,” McFarland said. “We made the account, and then all of a sudden people were walking up and asking about it. It’s been really cool to watch.”

Ellis has been the face in front of the camera, conducting the interviews with a handheld microphone. She said the experience “Bison Babble” offered had been especially rewarding because of the relationships developed from these spontaneous interviews.

“Just going up and talking to people you don’t know isn’t the easiest thing,” Ellis said. “But I feel like so much good has come from getting out of our comfort zone.”