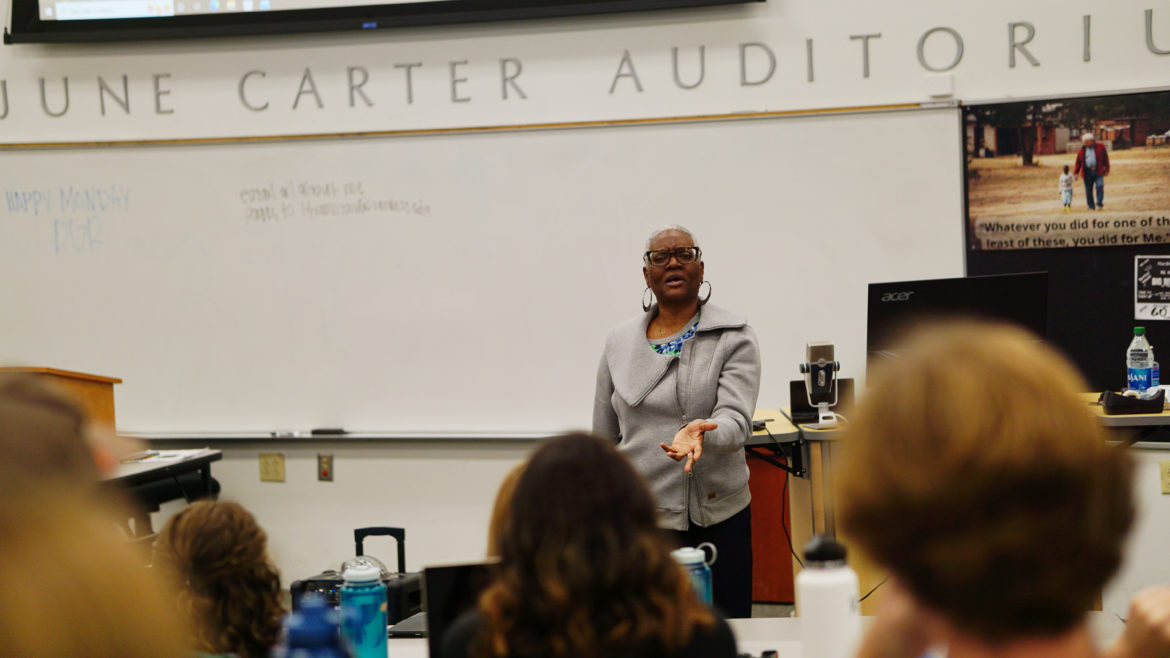 Written by The Bison Staff / Photo by Macy Cox

Junior Tucker Lovell and Dr. Andrea Morris, assistant to the provost for strategic initiatives, are raising awareness for a need the average Harding student may not know about. What started with a White County food drive, proposed by Lovell, has developed into a mission to end food insecurity on Harding’s campus.

“[Lovell] and I began having conversations,” Morris said. “I just started praying about it, and I said, ‘Lord, this is more than a food drive.’ Food drives, you’re one and you’re done. I shared with Tucker that we wanted to raise this to the level of mitigating — even hopefully, prayerfully eliminating — food insecurity. … We wanted to start on campus, recognizing that we may have some students, some staff, those who we know and love who we are around every day … that may be affected by this type of insecurity.”

“It does not mean that there should be any shame in needing something,” Morris said. “We all need from one point or another, and we are family. There should be none among us who are concerned or unsure about where their next meal is coming from, and the nutritious meal in particular.”

Monte Cox, dean of the College of Bible and Ministry, was one of the faculty members involved in hiring Morris at Harding.

“Dr. Morris knows you start looking for this problem right here at home,” Cox said. “Who on our campus doesn’t have anything to eat today? Who is not going to eat lunch today because they can’t afford it?”

“I really like her idea of getting the student body involved as much as possible,” senior Blake Dale, president of men’s social club Knights, said. “So clearly she’s very thoughtful in that regard and passionate.”