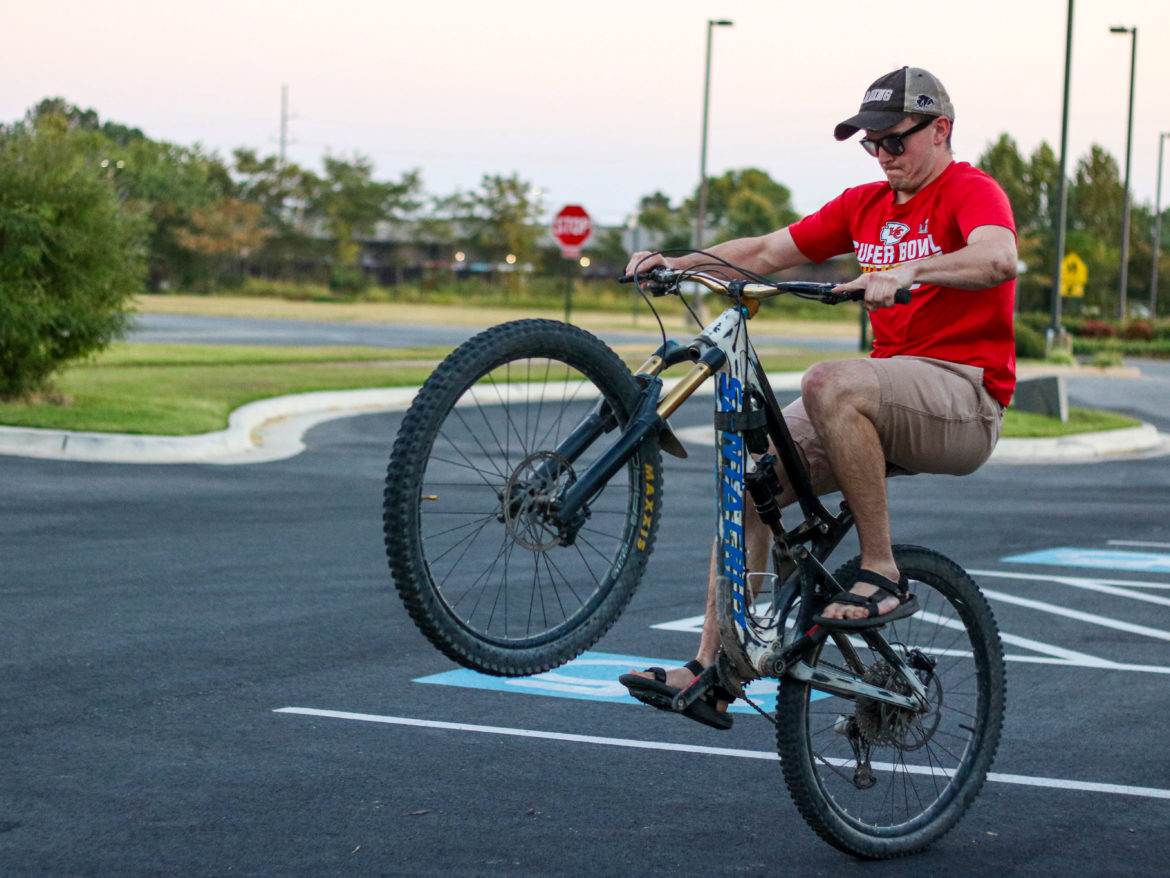 If you’ve been on Harding’s campus or the streets of Searcy on any Sunday night recently, there’s a good chance you’ve seen the “Bike Gang” riding around. This group of Harding students has gone on bike rides every Sunday at 6:30 p.m. for the past few weeks. They’ve had as many as 30 people, but as junior Ella Duryea said, it didn’t start that way.

“It started out as different groups of people, and we were going on bike rides a lot in these smaller groups,” Duryea said. “And we thought, ‘Wouldn’t it be awesome if we just took over the road and got a huge group to go?’”

Sophomore Sam Gooch also helped the group get started, and he said he wasn’t sure if it would ever become as big as it has.

“It really was just a few people in small groups when it started,” Gooch said. “But it’s turned into a really big thing, which is awesome.”

Junior Mallory Shelton said there are many things she loves about Bike Gang. However, she mentioned that she especially enjoys the time of fellowship that it provides, as well as the break from school.

“My favorite thing about Bike Gang is that it’s just a really great time to see your friends,” Shelton said. “You’re also doing something really relaxing, like a little study break. And I feel like it’s not something you would normally see college students doing around.”

The Bike Gang has been on many rides already this school year, but Duryea said one stuck out to her — the  first one they did.

“The very first one, we were riding through campus,” Duryea said. “And anyone we saw on a bike or on a skateboard, we told them to join us. It was just a strange feeling, like we were taking over campus with our bikes, but it was so fun.”

Duryea said the group growing in numbers has been exciting, but the Bike Gang also tries to switch things up every week to keep it interesting.

“We take different routes every time to kind of switch it up,” Duryea said. “But it’s already cool because it’s just a group of people who get together, have some fun and get some exercise.”

According to those in charge, the Bike Gang will continue to meet at Warehouse 4 on Sunday nights at 6:30 p.m. before leaving to ride around Searcy.