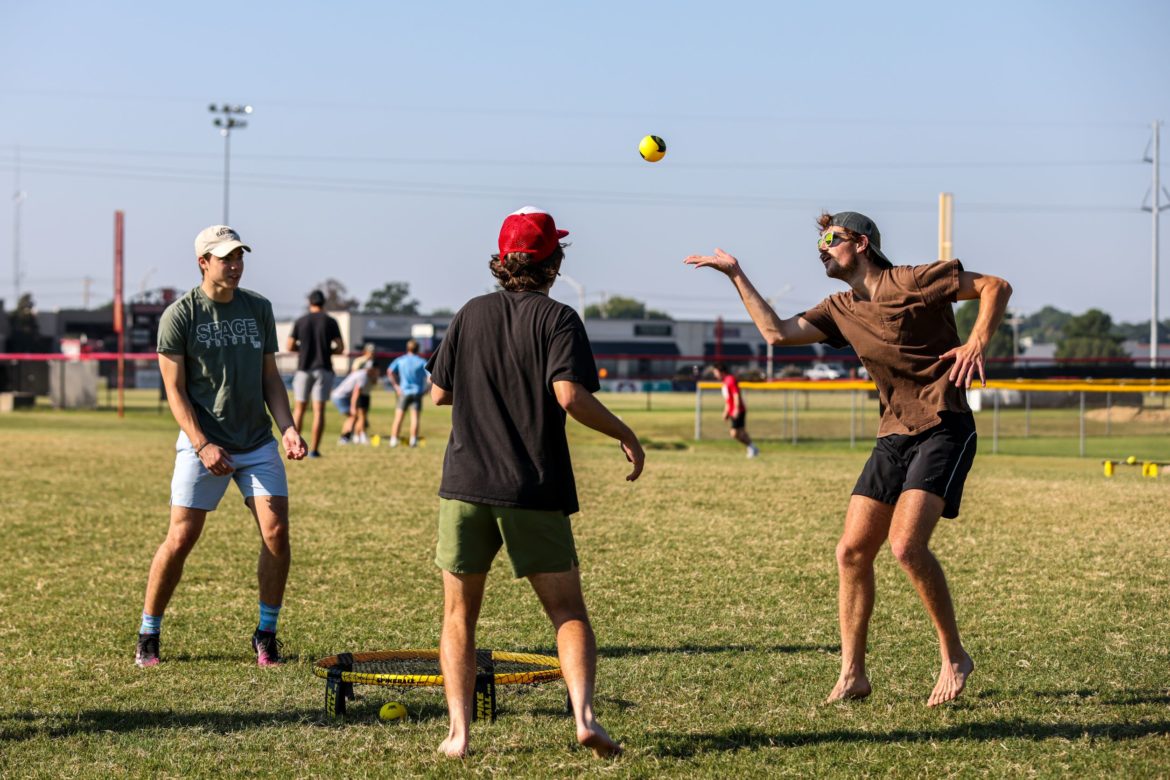 A spikeball tournament took place at the Harding intramural fields last Saturday, Sept. 17. The tournament was a way to advertise the sport to students around campus who may be unfamiliar with it. Junior Will Nixon participated in the tournament and said spikeball can grow bigger on campus.

“Spikeball is a sport a lot of people on campus would love to play if they knew more about it,” Nixon said. “I think it’s a good intramural. It only takes up one day, and it’s not as big of a time commitment. It’s easy to sign up for if it would only take an afternoon, and I think it’s also a great way to get involved with the community, especially on [Family Weekend].”

Junior Ethan Dycus, who also played in the tournament, agreed with what Nixon said about community involvement regarding intramural sports.

“Intramurals are just a great way to get to know people,” Dycus said. “There’s not a lot of pressure. It’s fun and you get to do a lot of team-building stuff. Intramurals are a good way to chat with new people, and talking with them while you are playing a game is a lot easier than walking up to somebody.”

Junior Josie Scott decided to play in the spikeball tournament because she said she enjoys the sport and being active while spending time around other people.

“I have played spikeball for fun for a couple years now,” Scott said, “but I would love to participate in future tournaments like this, no matter the activity.”

Harding offers multiple sports for all levels of athletes interested in competing, from beginners, to amateurs, to experts and every skill level in between. Intramural sports are open to all students, except for intercollegiate athletes, who cannot play in the sport they are already rostered in at the NCAA level. There are still openings for students in several intramurals, including flag football, softball, spikeball and beach volleyball.