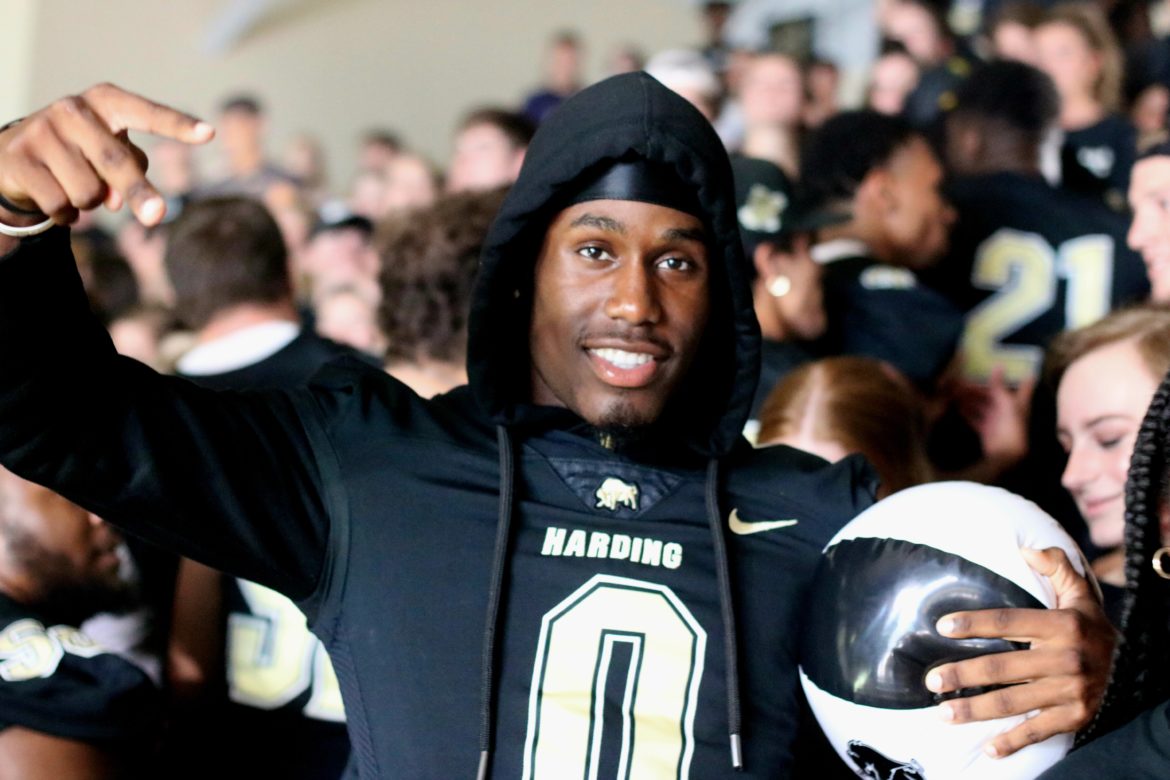 The Harding Bisons started their season with a bang with their win against East Central University on Sept. 1. The hype for the football team only increased after a pep rally was held in the Rhodes-Reaves Fieldhouse on Sept. 7. Harding students spent the night with the football team amid the flashing lights, music and an eating contest. Senior Nathaniel Wallace, one of the starting defensive ends for the team, explained what the pep rally was like.

“There was a production company that came in,” Wallace said. “They brought in strobe lights. It was fun. It was a little different this year. We really involved all the players, with walkout announcements and the like. Everyone was having fun, jumping around, yelling. We just wanted to get people excited for the upcoming games.”

Freshmen like Makenzie Flannagan and her friends got to experience the excitement of the pep rally for the first time.

“I thought it was really fun,” Flannagan said after the pep rally. “We walked in and all the music was playing, and everyone seemed to be having a good time.”

The pep rally’s purpose was to get people excited for the upcoming football season.

“I plan to go to some games, especially the first one,” Flannagan said. The pep rally is a way for the players to cut loose and show other Harding students what the team atmosphere is like. Celebrations like these could be just the beginning for the Bisons, coming into the season ranked ninth in Division II football.

The Bisons started the season 2-0 after defeating Southeastern Oklahoma State University at home last week. This Saturday is highlighted on the football team’s calendar as they stay home to play against Southern Arkansas University at 7 p.m.