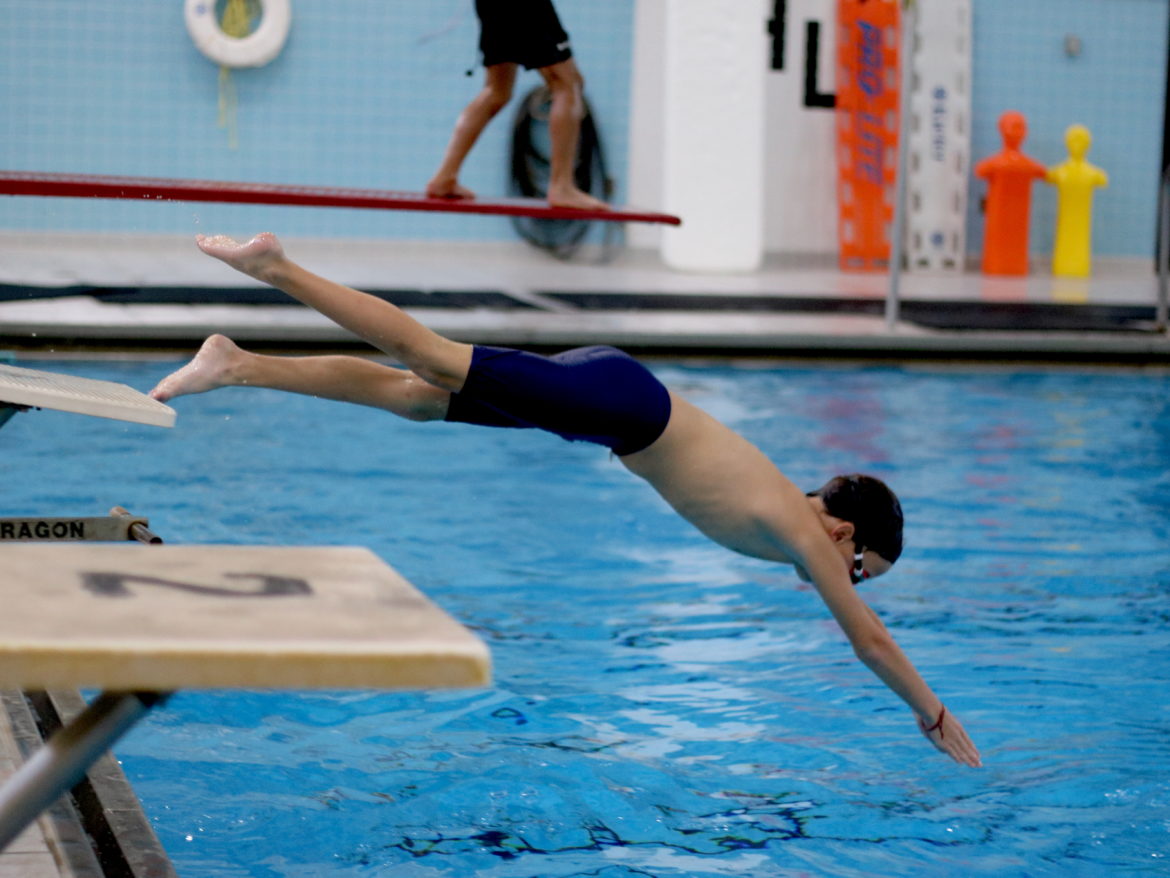 Harding faculty and staff members have been able to spend time with their children in the Ganus Athletic Center (GAC) pool this month during a new series of swim times reserved for families.

Harding aquatics director Dr. J.D. Yingling said he helped start a trial run of family swim sessions on campus, which began Aug. 31 and have taken place every Tuesday and Thursday from 6:30-8 p.m.

Harding communication infrastructure manager Matthew Nunnally, who is one of Yingling’s former swim students, said he has enjoyed swimming in the GAC pool with his 10-year-old son, Xander.

“It’s a time that we kind of come together, and it’s time we get to spend together that we’re both doing something that’s the same,” Nunnally said.

Nunnally said his son joined a local swim team a few weeks ago and has been working to improve his skills, but the Searcy Swim Center pool closes too early for Nunnally to go there after work.

Yingling said about five people attended the first family swim session on the week it was announced. Since the shallow end of the GAC pool is 4 feet deep, Yingling said some parents may feel more comfortable taking young children to another pool in Searcy. However, he said a lifeguard has supervised each of the sessions.

“We have a safe environment, and we want to be very family-oriented, where kids can feel safe,” Yingling said.

Green said the initial swim periods have gone smoothly, but she hopes more people will participate and help the sessions to grow.

“I think, definitely, being able to see multiple families and kids interacting with each other would be really exciting, but everyone seems to be enjoying it as of now,” Green said.

Many Harding faculty and staff members over the years have asked for opportunities to swim in the GAC pool with their children, Yingling said. The pool times are typically gender-specific, with separate times for males and females to swim, but Yingling said that earlier this semester, he approached Harding Vice President Jean-Noel Thompson about creating designated swim times for employees and their families. Thompson and President Mike Williams both approved the idea.

Nunnally said he is grateful to the people who have helped to start the event and keep it running each week.