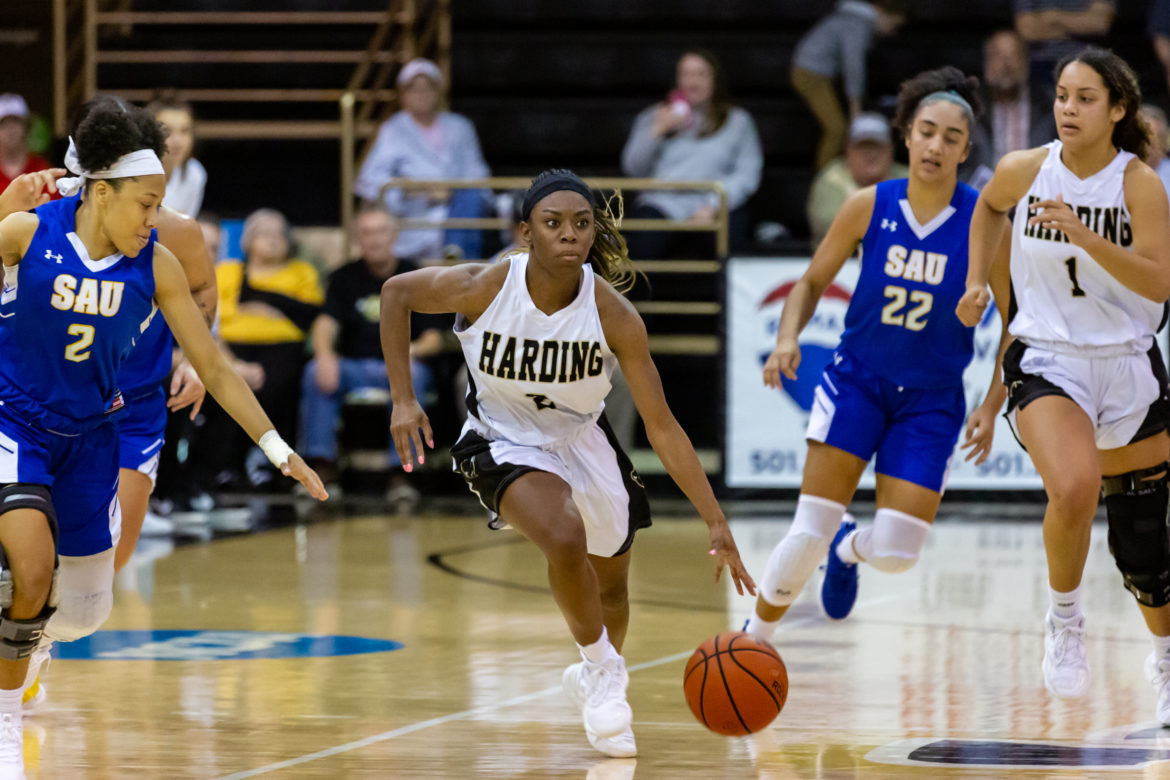 The seasons for the Harding men and women’s basketball teams are underway.

The Bison men’s basketball team has just completed non-conference play and is currently 1-1 in the Great American Conference (GAC). There are still 20 conference games remaining. Coach Jeff Morgan said he is excited that the team’s chemistry on the court is steadily improving, adding that a lot of the team’s scoring is coming from freshmen and sophomores.

“We have a really young and relatively new team,” Morgan said. “With that, we also have a great group of four seniors that are providing great leadership for our young team.”

The Bison Basketball team has been preparing for the season since August, putting in up to eight hours per week in practicing and conditioning in accordance with NCAA guidelines. Morgan said part of the preparation has come from a focus on giving great effort every day, months in advance.

With most of the season still ahead of them, Morgan said the team will aim to be in position to win the GAC championship, GAC tournament and NCAA tournament. These goals are part of a greater objective, he said.

“Our overarching goal is to work, compete and grow in our togetherness each day with all that we have, as for the Lord not man,” Morgan said.

“We have been working really hard on our shape to make sure that we are outrunning and out-working every opponent that steps on the floor with us,” Barnes said.

Barnes and Lady Bisons coach Tim Kirby said the team shares a common goal of improvement throughout the season. Barnes said the team hopes to make the NCAA tournament in March, which she believes may be possible because of the team’s potential this season.

“Our goals are to get better every day,” Kirby said.

The conference season for the Bisons and Lady Bisons will continue as both teams have games at home on Dec. 18.