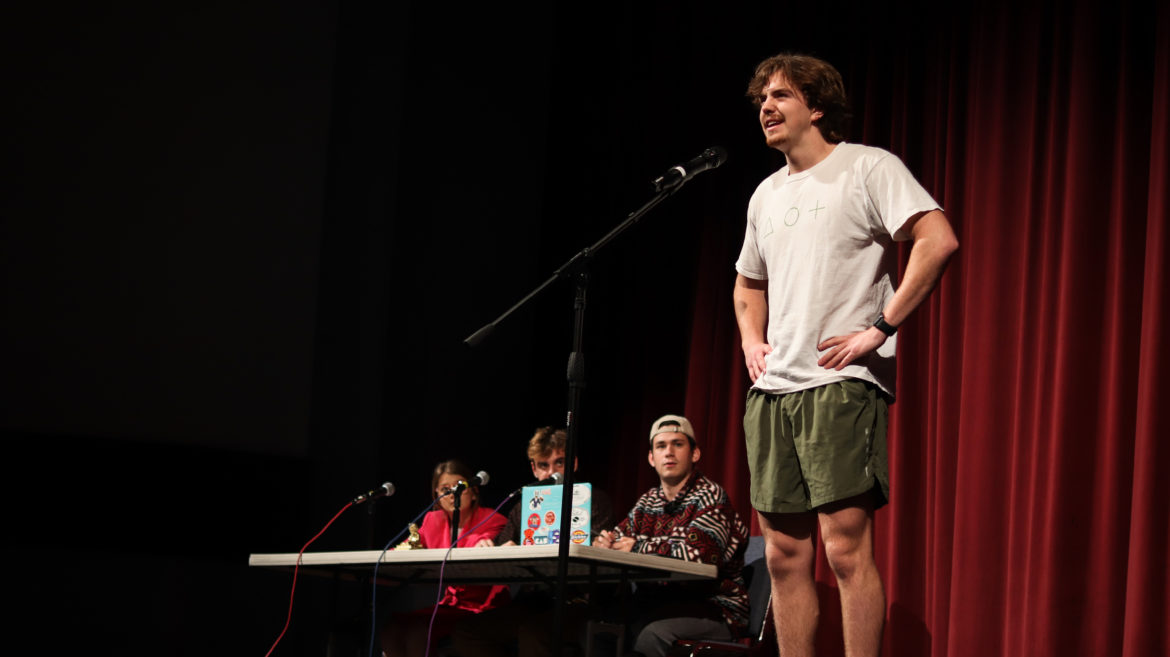 Harding’s Campus Activity Board (CAB) hosted their first inaugural spelling bee competition this past Tuesday at 7:30 p.m. in the Anthony Wright Administration Building. The spelling bee was open for any student to compete for the chance to win $100 in dining dollars (DCB). Student Association president Ethan Brazell was the host for the evening, prompting contestants with their words. The three judges were junior Grace Morse, junior Mason Shappley and senior Coleman Bevill.

Shappley originally came up with the idea and presented it to the director of Campus Life Abby Stinnett.

“Over spring break, I was hanging out on the beach and thought, ‘Man, it would be fun to do a spelling bee at school,’” Shappley said. “I had fun at my spelling bee in elementary school, I happen to work with CAB, and I talked to Abby. She was excited, so we tried to make it happen.”

From the 22 contestants who competed, the top three finalists were junior Caroline Slater in third place, sophomore Jonathan Underwood in second and senior Maddy Hall as champion.

Underwood said when heard there was a prize to be awarded to the winner of the contest, he was motivated to compete.

Underwood said, to his knowledge, the only time he had competed in a spelling bee previously was in the fourth grade, but he said he did not think he had won. Underwood said he felt confident going into this spelling bee, despite not knowing much about the other contestants.

“I had the mentality of, you know, going in to win,” Underwood said. “I wasn’t there to just play around, but I also didn’t know what the competition would be. There were some strong people. There were some tough words.”

If there is a spelling bee next year, Underwood said he will compete again.

“Next year I gotta win, for sure,” Underwood said.

Hall on the other hand has been a fan of spelling bees since she was growing up, though winning is new for her.

“I got super into the spelling bee stuff in elementary and middle school,” Hall said. “I just genuinely think spelling is very fun. I had never won a spelling bee until last night, though.”

Going into the competition, Hall said she felt composed and excited to compete, but felt a little pressure to perform, as she is a spelling bee coach.

“I wasn’t nervous,” Hall said. “Except, I’m a spelling bee coach for Dr. Huff’s daughter, so I was scared I would do bad and that would be discouraging to her.”