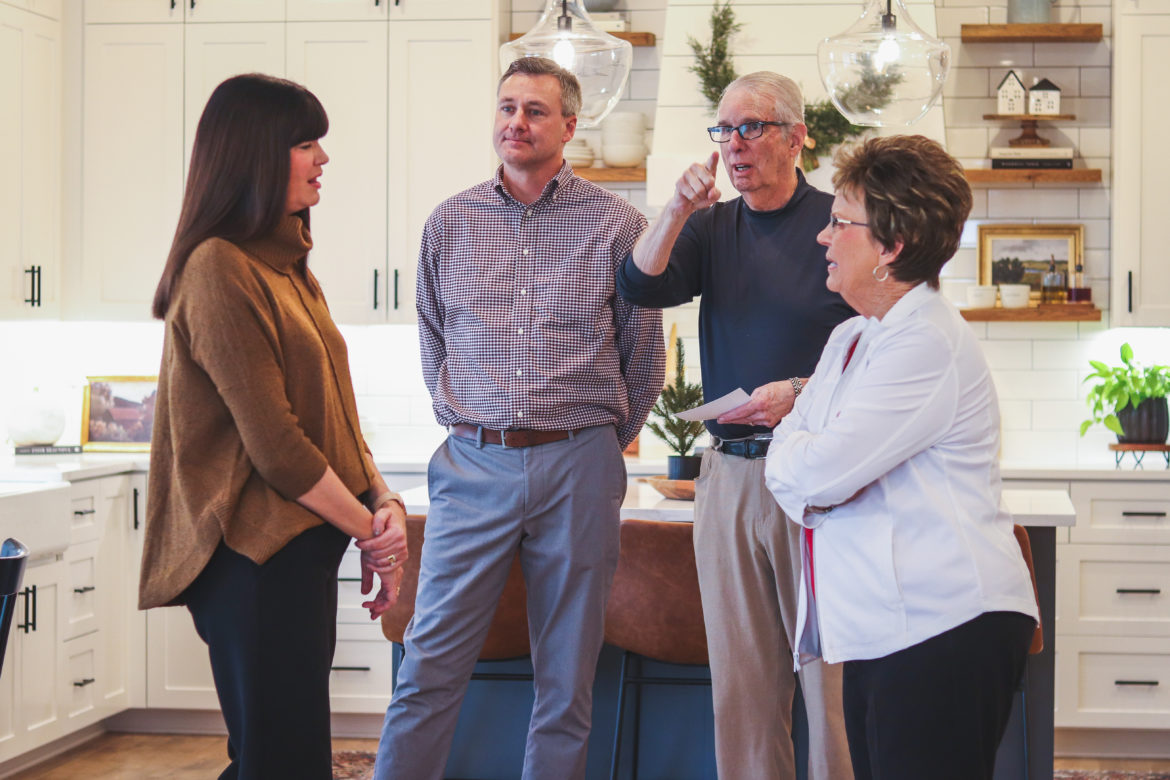 Women for Harding hosted the annual Tour of Homes on Dec. 5, after canceling the event in 2020 due to the COVID-19 pandemic.

The event occurred from 1-5 p.m. last Sunday. There were six homes toured during the event. Two couples opened their homes for visitors in Legacy Park: David and Beth Collins on Park Avenue and Robin and Shawn Starck on Woodruff Trail. Three other hosting couples were situated on Country Club: Norman and Marka Bennet, Phil and Sherry Hart, and Wes and Marcia Cole. The last house belonged to Shelbi Bridges in Downtown Searcy.

Tickets were $20 when paid in advance and $25 on the day of the event. Guests could begin at any house, visiting as many as they wished. When guests entered a home, a volunteer was there to punch a hole into their ticket. The tours could be self-guided; however, volunteers serving as tour guides were there, as well. The homeowners decided whether to be present while the tours were occurring.

Heather Kemper, director of Women for Harding and the Office of Alumni and Parent Relations, said that Sunday was the 38th annual Tour of Homes event. She said all proceeds went toward need-based scholarships at Harding University, which were awarded to students — men and women — determined to have financial needs. This year, Kemper said there were 80 different recipients. As a requirement for receiving the scholarships, recipients are assigned Women for Harding mentors and help serve the community through activities or events such as the Tour of Homes.

“If they have met the requirement of service hours, then they qualify to get the scholarship year after year,” Kemper said.

Robin and Shawn Starck, Harding alumni, moved to Searcy from Wisconsin in fall 2019. They showcased a house that was built by a local architect in August 2019. They moved into the house in June 2020. Robin Starck said they began decorating for the Tour of Homes toward the end of October, decorating a little every day. Eight Christmas trees spanned across the interior of the house, displaying specific concepts such as a lighthouse or winter wonderland themes, Starck said. Shawn Starck, who arranged most of the inside decorations, is also a member of Women for Harding.

Robin Starck said he hopes the tour of his house helped people get into the Christmas spirit and that they enjoyed viewing the decorations.

“‘Cause we love Christmas and love decorating, and we wanted to help bring money into the scholarship fund,” Robin Starck said.

Sophomore Monterey Carroll, a Women for Harding scholar, served as one of the volunteers at the Tour of Homes event.

“It’s just a neat opportunity to meet people and just talk to people who come through and look at the house and stuff like that,” Carroll said. “It’s neat to see what people do with their homes.”

Carroll said her favorite part of the event was probably interacting with the older people of the community, hearing what they had to say and listening to their banter, among other things.

Kemper said the best part of Tour of Homes for her was the energy and fellowship of the day, which was a great kickoff for the holiday season and a tradition that many people enjoyed.

“Again, I think just community, just coming together as a community and to think that, ‘Yes, it was fun to go tour those homes,’ but in essence, we raised thousands of dollars for scholarships in one afternoon,’” Kemper said.