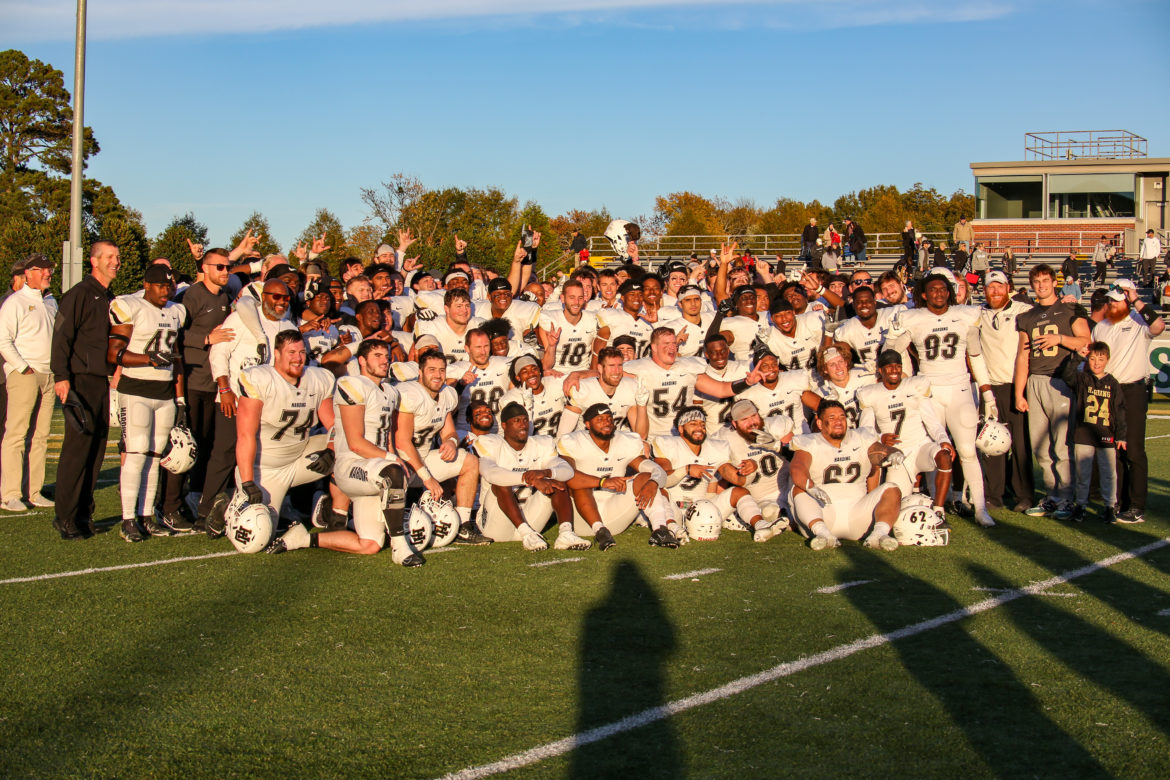 The Harding University football team played in a game against Arkansas Tech on Nov. 13 in Russellville, Arkansas, resulting in a Bison win.

“I was filled with nothing but gratitude to be a part of a team like this one,” Spicer said. “I wouldn’t have gotten to the endzone without the help of the 10 guys in front of me. They paved the way. Scoring touchdowns is always exciting, but it’s even more exciting going to the sideline and seeing how excited my guys are for me. I couldn’t ask to be a part of a better team.”

In the game, Chancey rushed for 210 yards, surpassing the 1,000-yard mark for the season. Chancey is now Harding’s first running back to go over 1,000 yards in three different seasons. Additionally, Chancey broke former quarterback Park Parish’s single-season touchdown record, comparing Chancey’s 23 this season to Parish’s 21 in 2016.

Chancey said the GAC championship win was a great feeling and accomplishment.

“Just seeing all the work the team [and] coaches have put in come to fruition is awesome,” Chancey said. “This is great, but it is just a stepping stone to what we want to do together. We are far from satisfied.”

Head coach Paul Simmons led his team to victory in his 50th game and now has a 40-10 career with Harding.

“I tell you what — so many emotions right now,” Simmons said in a post-game interview. “I just think about how proud I am of the seniors. We’re sitting there one and one after losing down [Southeastern University]. And boy, we had a long road ahead of us, and they’ve responded unbelievably … they deserve to have something special happen to them, and they made it happen.”

Harding (10-1) earned the No. 2 seed in the NCAA DII Super Region 3 and will host No. 7 seed Washburn (9-2) on Nov. 20 at 1 p.m. The winner will take on the winner of the No.3 Northwest Missouri State versus No. 6 Central Washington game on Nov. 27. The game will be played at the location of the higher seed.