Home Features Author of ‘A Murder in Searcy’ visits Harding 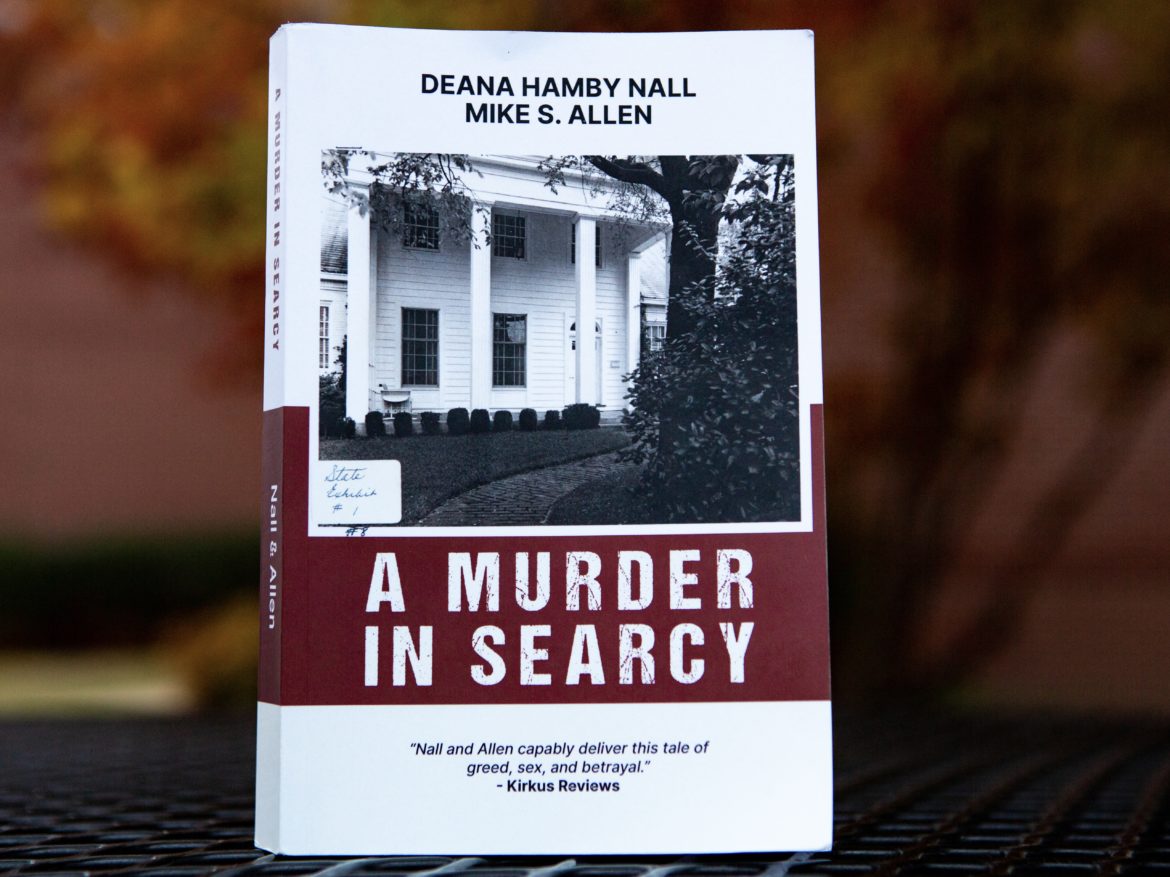 Searcy is a small college town where seemingly not much happens, but in 1974 one of the biggest murder cases in White County history took place right here in Searcy. Years after the murder, Mike Allen and Deana Nall decided to dive back into the case and write a book centered around the story.

The book — titled “A Murder in Searcy” — tells the story of Dr. and Mrs. Porter Rodgers, a couple with a strained marriage and a long history. After being married for over 40 years and enduring financial burdens, infidelity and illegal activity by Dr. Rodgers, the relationship was on the rocks. As the book continues, the reader will learn more about their marriage, the murder of Fern Rodgers and the trials and investigations that followed.

Allen said he was a third grader at Harding Academy when Fern Rodgers was killed. He said in a small town like Searcy, this was big news.

“There was a terrible crime, a murder, that happened that caught the attention of the whole town,” Allen said. “There’s crime, an investigation, a trial in town … and it caught everyone’s attention. It was a tragic crime for sure. It was a story that stuck with me.”

During the first trials of the case, national news picked up the story, Allen said. The fact that a local story gained national attention stuck with Allen. He said once the digital age began, he would go to online forums to discuss the case with other people who were interested. Eventually, this led him to meet co-author Nall.

Nall explained that she and Allen had worked together on a blog for another book Allen had written titled “Growing Up Church of Christ,” and that is how they became acquainted with one another. This first encounter led the two to write “A Murder in Searcy.”

“One day he just called me up and said, ‘There’s this murder that happened in Searcy in 1974, and it was a huge deal when it happened, and there’s never been a book written about it. Do you want to write a book with me?’ and I said yes,” Nall said.

Nall said the process of writing the book and obtaining the information needed was a long process full of unknowns and fact checking.

“It was a very long process, it took us about seven years to write it and a lot of that is because he and I both have our real jobs and families,” Nall said. “But the first thing we had to do was see who all we could talk to who was still alive because it happened so long ago. Then we were able to get all of the court documents, and that was important to us because we wanted to keep this accurate. We wanted it to be the facts. We didn’t want to add anything to it or speculate.”

While Nall and Allen worked hard to present the correct information and an accurate description of the case, they also recognized the importance of humanizing Fern Rodgers, who was the victim of the attack.

“A lot of times when you’re talking about a high profile murder case, it’s easy to get caught up in all of the details … and it’s easy to kind of lose sight of the fact that a real person lost their life here,” Nall said. “Mrs. Rodgers was a pillar in the Searcy community, and we didn’t want to lose sight of the fact that she did lose her life in a horribly tragic way, so we were careful to write it in a way where that didn’t get lost in all the details.”

Kacy Barden, a library media specialist at Harding Academy, recently attended an event in which her book council hosted Nall as their guest speaker.

“I was impressed with how she and Mike Allen worked very hard to maintain the integrity of the book by researching the documentation about the case for many years and then writing the book based on what they found in that documentation,” Barden said. “They wrote the book as a way to preserve history, not to sensationalize the event.”

Nall emphasized the importance of acknowledging the things that happen within a community, good and bad.

“In a town like Searcy it’s easy to think, ‘These kinds of things don’t happen here,’ or then when they do happen, it’s easy to just now want to acknowledge it, and that’s what a lot of people did after the trial,” Nall said. “People just stopped talking about it and kind of pretended like it never happened. What we think is, we can’t choose our history, but we think history should be preserved the way that it did happen.”

Allen spoke to a group of journalism students on campus Thursday afternoon about his experience writing the book.