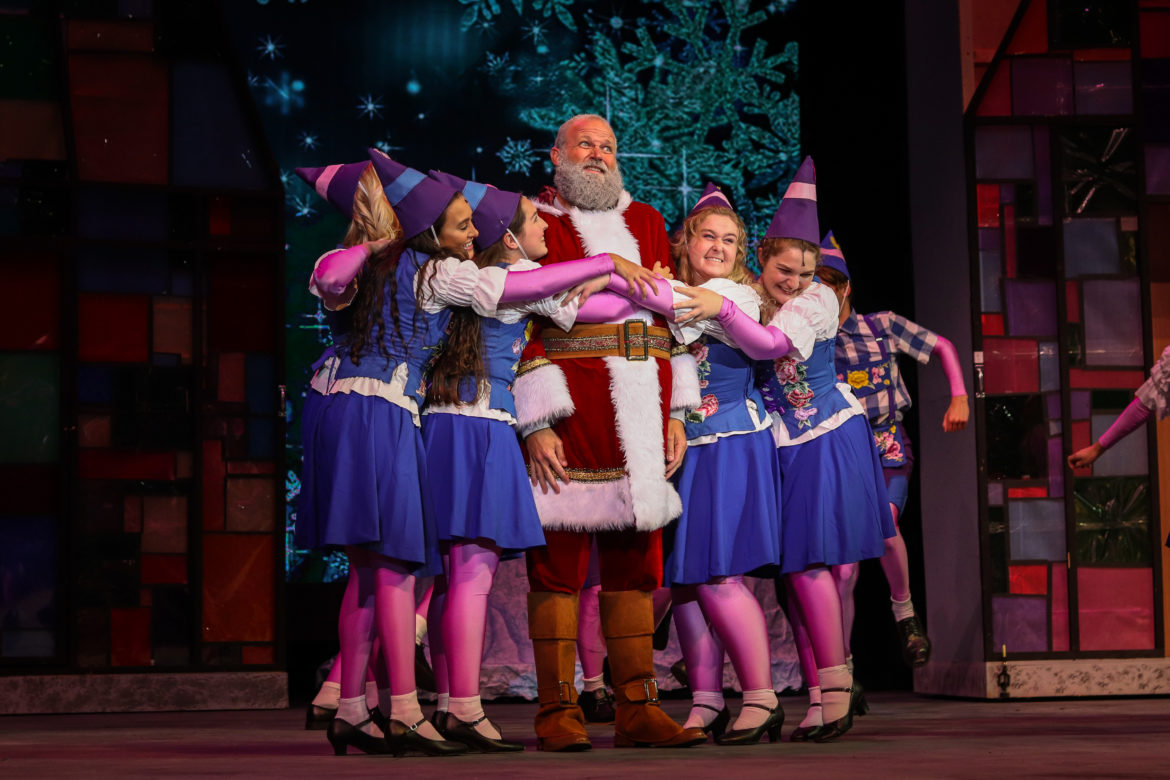 Christmas is coming a little early for the people of Searcy, as the Department of Theatre at Harding University presents “Elf the Musical” tonight and tomorrow in the Benson Auditorium for Homecoming at 8 p.m.

After being canceled in fall 2020 due to the COVID-19 pandemic, the Homecoming musical has returned to campus. A Broadway-style musical, “Elf the Musical” was adapted by theatre actor and writer Bob Martin and playwright Thomas Meehan.

Professor of theater Britton Lynn, director of the show, said he and others were initially hesitant to produce the same show they intended to perform last year.

“And so we had planned for it to be a holiday experience last year, and then when they canceled Homecoming, and we looked at the dates for this year, we realized that it was even earlier in the fall, so we were not super crazy about doing a Christmas musical that early,” Lynn said. “But as we looked around and looked at other alternatives and tried to find another show that fit the slot, we just kept coming back to this show being a really good fit for where we are in the season and with the students that are in the program right now, and because it is a show about family, and Homecoming is about bringing your family back and reconnecting with Harding family.”

Lynn said the process of producing the musical began in March 2020 when he first viewed the script for “Elf the Musical.” Auditions for the primary characters of the production began in spring 2021 while auditions for secondary characters commenced this fall. As the director, Lynn worked with design teams, helped select the cast, staged the show and worked with actors.

Junior Asher Patten — who plays main character Buddy in the musical — said he and others spent about 25 hours rehearsing every week.

“Which is no small commitment, and I think that’s something that people don’t understand or realize is that we are working pretty much just as much as student athletes are and nobody sees that final product of all that work until the very, very end and it’s very, very short lived,” Patten said. “But the reward is very, very satisfying, and we haven’t quite reached that point yet, but I’m excited to share it.”

Patten added that he learned a lot from working in the show.

“It’s definitely taught me a lot about what it means to not only lead a show, but to be the leader of a show, and knowing that my cast members are watching me to be the driving force of energy and moral and different things like that,” Patten said. “So that’s been a learning process for me.”

“I hope that [audience members] enjoy getting to laugh a lot because it is very funny,” Black said. “I guess to not take themselves so seriously because if we’re going to celebrate and live well together, you can’t take yourself too seriously and you have to be able to recognize when you’re wrong. And when someone who is more childlike or like an actual child, they can show you how to live with joy. That’s a really good picture of what happens in this show.”

Tickets for the musical range from $18-20 each and are available at hardingtickets.com.