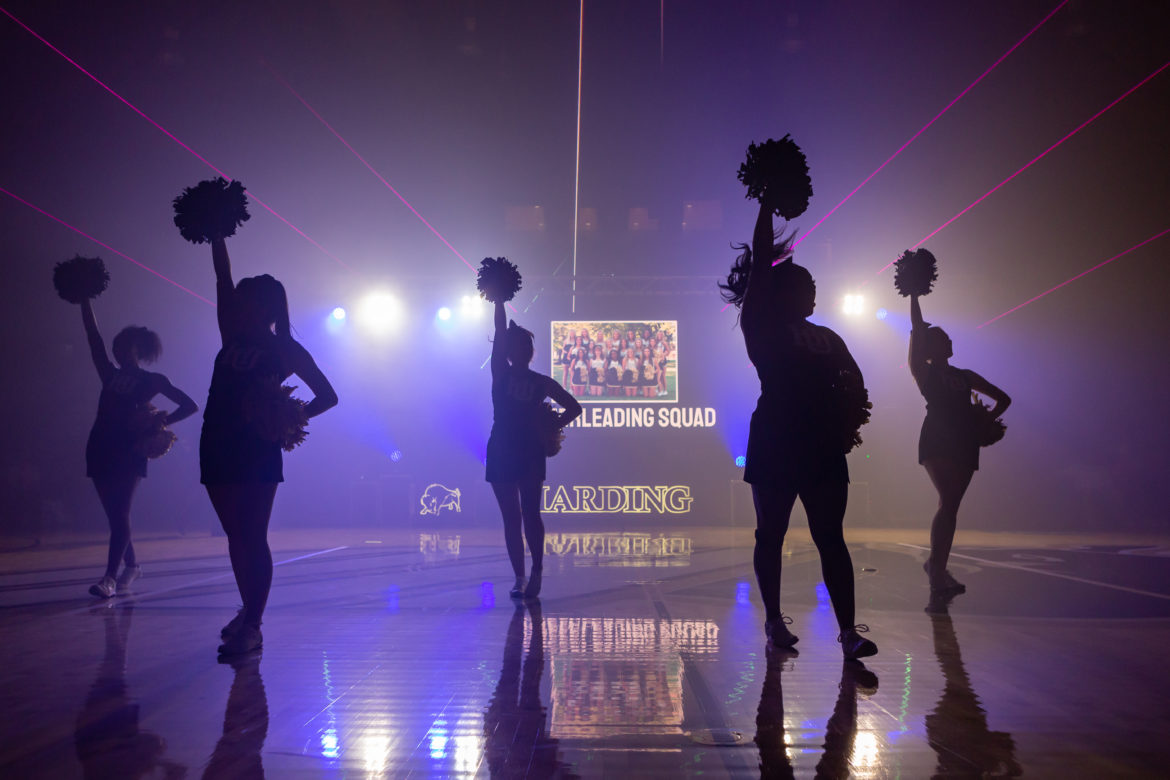 Homecoming week festivities kicked off on Monday, Oct. 18, with the return of Midnight Madness to the Rhodes-Reaves Field House. Doors opened at 10:30 p.m., and the events and activities continued until 12:15 a.m.

“For my first ever Midnight Madness, I [was] most excited for the opportunity to meet our student body that we can rely on for support at games throughout the year,” Henderson said. “[I] heard nothing but great things about Midnight Madness, and [I was] thrilled to see for myself what it’s all about.”

Former men’s basketball player and current women’s basketball assistant coach Dawson Yates recalled the excitement that he felt toward Midnight Madness during his time as a player.

“I enjoyed the anticipation of waiting in the lobby for our fellow classmates to enter through the front doors of Rhodes-Reaves Field House, knowing they were going to have as much fun as our team,” Yates said.

The events of the night included performances from the Thundering Herd, an appearance from Buff the Bison, roster introductions, a relay competition, a dunk contest, a cheer routine, musical pillows, a half court shot attempt for full tuition and a surprise beatboxing performance by freshman men’s basketball guard Hrvoje Majcunic. In the past, the reward for sinking the half court shot attempt was half tuition. However, in chapel on Monday morning, head basketball coach Jeff Morgan and University President David Burks announced this year’s shot would be worth full tuition for the 2022 spring semester. The participant was given three attempts and failed to complete the shot.

Due to COVID-19 concerns, Midnight Madness did not take place during the 2020 fall semester. Midnight Madness was one of the many elements of the basketball season that was compromised by the pandemic. In addition, the teams played an unconventional schedule and stadium capacities were limited. Senior women’s basketball guard Jasmine Barnes said she is excited for the return of a normal basketball season complete with full capacity stadiums.

“I’m most looking forward to the fans returning to our games,” Barnes said. “COVID took that excitement away, and I think our fans make a difference in our games.”