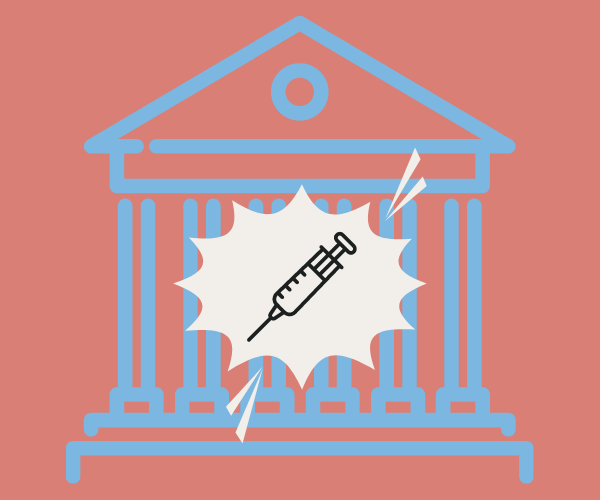 During his weekly media briefing Oct. 13, Arkansas Gov. Asa Hutchinson said that he will allow two similar vaccine exemption bills to become law without his signature after Arkansas lawmakers recently passed the bills. They will take effect early next year.

The bills will require employers to provide a vaccine exemption process for their employees by allowing them to submit a weekly COVID-19 test or certify they possess antibodies for the coronavirus. Testing costs will fall upon employees if there is no state or federal funding available, an event Hutchinson said is most likely to occur. The bills may also increase unemployment claims.

Hutchinson said the law was unnecessary.

“My objection is, first of all, that this is not appropriate to be considered in an extended general session,” Hutchinson said during the briefing. “But substantively beyond that, these bills are unnecessary, and the debate on these bills have been harmful to our goal of increasing vaccination rates in Arkansas.”

Arkansas officials introduced the bills in response to President Joe Biden’s Sept. 9 announcement of plans to require all companies with more than 100 employees to mandate COVID-19 vaccinations or weekly testing. However, the mandate has not gone into effect thus far.

Biden also signed an executive order to mandate all federal employees to get vaccinated, exempting them from weekly testing options. He required immigrants to receive vaccinations as well to become permanent residents.

Hutchinson said the exemption law is also unnecessary because current law already allows employees to opt out of the vaccine requirements for medical and religious reasons.

“In fact, based upon the president’s announcement, it is anticipated that the federal mandate will allow for weekly testing for those individuals who do not wish to take the vaccine,” Hutchinson said.

Arkansas State Senator Jonathan Dismang said he believes both the federal government and the state should abstain from integrating mandates into the private sector — a view held also by Hutchinson. Dismang said that the question of vaccinations and testing would have worked itself out in the workplace.

Dismang added he is worried about unintended consequences of the vaccine exemption mandate.

“I think because there’s 90 days left, I think you are going to see a number of [employers] that are going to ramp up their vaccination policies before this comes into effect,” Dismang said. “I think that there are a lot of unique situations out there and this is a blanket mandate.”

Breezeel also said the exemption bill is a really complicated issue and may ultimately be held up in the judicial system.

“I’m not really sure this is going to go really far,” Breezeel said. “It’s probably going to be set aside or blocked by a court as soon as it’s adopted, if it is adopted, in much the same way that the state law that prohibited local communities from mandating masks has been set aside. So we’ll see what happens, but your guess is as good as mine on a lot of that stuff. I really don’t know.”