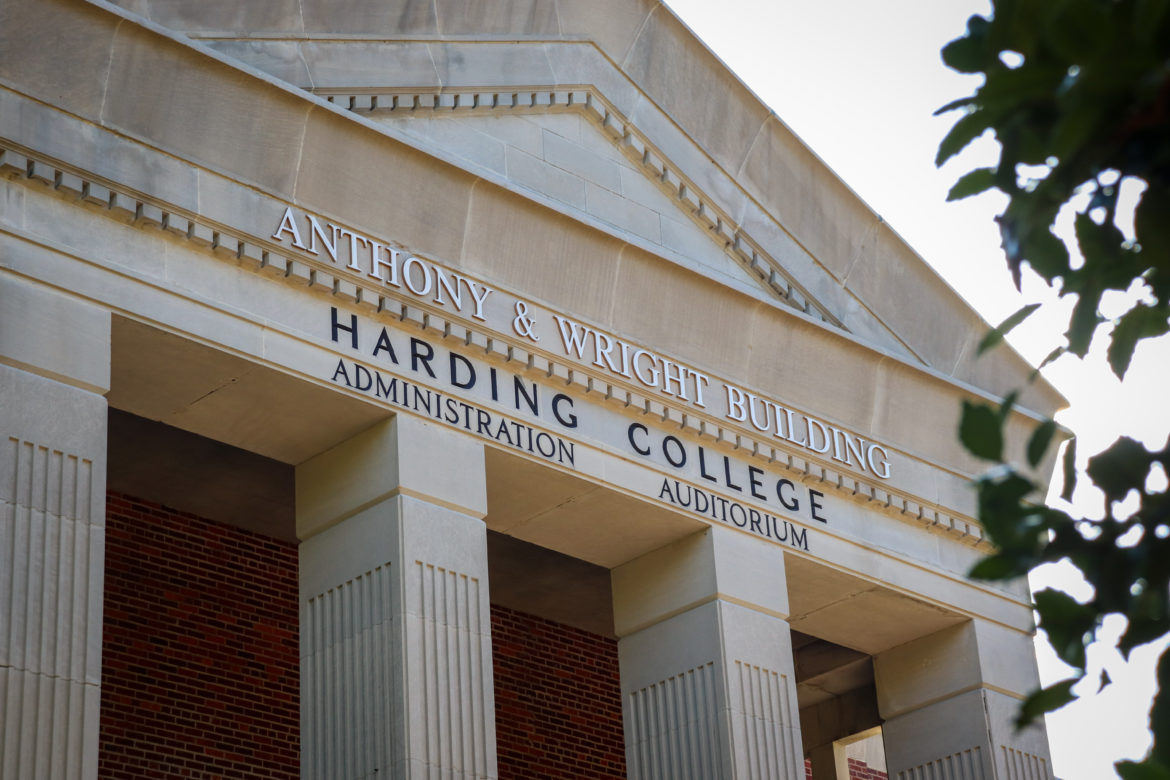 Tomorrow Harding University will host  the dedication ceremony of the Wright and Anthony Administration Building in honor of Dr. Howard Wright and Elijah Anthony at the front of the administration building at 11 a.m.

Wright and Anthony — the first Black students to obtain an undergraduate degree from Harding — graduated in May 1968. A bronze three-dimensional plaque honoring them has been placed in front of the administration building. Separate monuments honoring Lewis Brown, Walter Cunningham and David Johnson — the first three Black students enrolled at the University — and Thelma Smith and Curtis Sykes — the first two Black students who were awarded graduate degrees — have also been placed in front of the building. Brown, Cunningham and Johnson, who did not graduate from the University, will be awarded honorary degrees.

“This occasion brings us to a great point in our lives … all of the buildings that have names on them are names of White people with money,” Wright said. “I’m a Black man, and I don’t have any money. Only God could turn a table like that.”

University President David Burkes and the honorees or representatives of the honorees will speak at the ceremony. Of the seven honorees, only Wright and Anthony will be in attendance. Brown is not able to attend due to health reasons, and Cunningham, Johnson, Smith and Sykes are deceased. However, family representatives of Brown and the deceased will attend the ceremony.

The announcement to name the administration building, now officially known as the Anthony and Wright Administration Building, came in February of this year at the recommendation of the University-created task force for recognizing African American achievement.

“I can speak from the perspective of what [the dedication] means to the Black community,” Byers said. “You recognize me as your sister and as your brother now, regardless of what color my skin is, and you’re allowing me to come and learn with you … This is helping to tell a more complete story.”

Senior Phallen Reed, president of the Black Student Association, will pass out programs during the dedication of the monuments. Harding has not adequately recognized students of color in the past, Phallen said, and the naming of the administration building and the monuments which recognize students of color has been a “long time coming.”

Reed said she hopes this dedication will reduce the stereotype of who the typical Harding student is: a conservative White person.

“When other Black students come to visit Harding,” Phallen said. “They can see, ‘Oh, I do have a place here, Harding does care about me, Harding does want there to be a space for me and has been intentional in creating that.’”