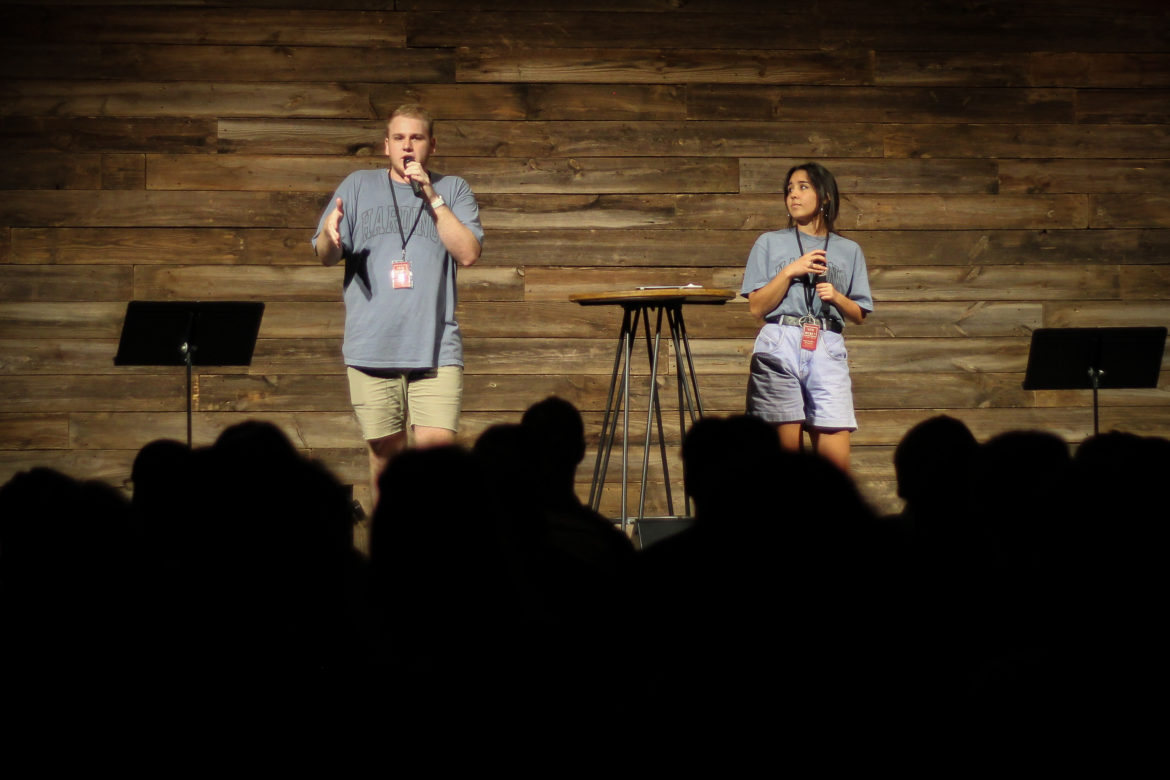 Every Sunday night, students from Harding University and members from the Searcy community come together at Downtown Church of Christ for Downtown Singing. After being paused for the previous year due to COVID-19, Downtown Singing has returned and happens weekly at 8:30 p.m. This allows for a two-hour long worship service that focuses heavily on the singing and prayer to create a more exciting and uplifting service to start the week.

Huddleston first came to Downtown Singing because he appreciated the fact that it was student-led and organized, and he wanted to get involved as soon as he could. Huddleston joined the praise team his freshman year and participated until everything was halted due to COVID-19. After that year, the leaders at the time, Sean Alex-Smith and Easton Laird, graduated or were about to graduate and there were new shoes to fill, and Huddleston’s name was one that came up and thrown into the mix. The past responsibilities were then all put onto Huddleston who then needed another person to help.

“At first I was like, ‘I am not qualified; you need a Bible major for this; this is not for me,’” Oviedo-Rodriguez said. “But I was recommended, and I got the position and everyone kind of knew because of how much I was involved, and then Downtown Singing started, and the Lord has taken the wheel.”

As for the work Huddleston and Oviedo-Rodriguez do for each Downtown Singing service, they first find song leaders two or more weeks in advance. On Mondays, they contact song leaders and figure out what songs they will be leading and talk with them about it. Throughout the rest of the week leading up to the service, they  fill in all the other roles, like communion servers, door greeters and more. OnSunday, Huddleston and Oviedo-Rodriguez arrive at the church as early as 6:30 p.m. to set up for the night.

“[Leading Downtown Singing] is weird because you are in a place of leadership and a place of authority over people the exact same age as you, sometimes people that are older than you and oftentimes people you view as friends,” Huddleston said.

Senior Sargent Erwin has volunteered at Downtown since his sophomore year when Alex-Smith had first invited him to join. He now has seen the difference Huddleston has made in the Downtown Singing community.

“Levi has tried his best to open it up to be like, ‘If anyone wants to help, come talk to us and we will see if we can find something for you,’” Erwin said. “He has also been more open to having new people. He has also made new positions like door greeters and the new thing this year where they will have people standing in the lobby or the corners that will pray for you or talk to you.”