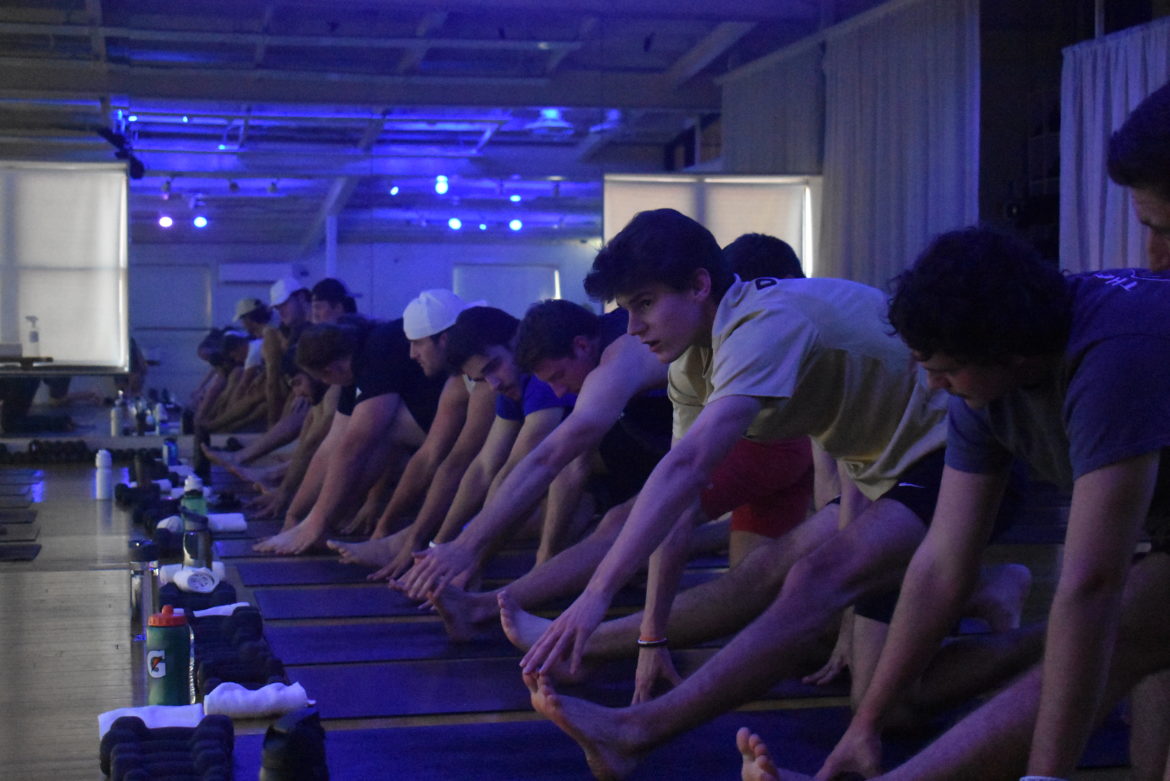 Harding University alumna and Nooma instructor Allie Brown said she never imagined doing a club week for guys because she figured they would not be intrigued by the idea of doing Nooma. However, following the women’s club week, Brown said multiple men’s social clubs asked when they could have a Nooma week specifically for guys.

Senior Blade Decker, a member of men’s social club Beta Omega Chi, said that he and his friends noticed that all of the women’s clubs were getting free Nooma classes and posting their post-Nooma session photos on Instagram. Decker said that the motivation to participate stemmed from the fact that no other men’s clubs had done it before. Other club’s members had similar thoughts.

“It sounded like such a unique experience to do with Knights, and the fact that it was free made it an easy choice,” seniorNick Delapena, a member of men’s social club Knights, said.

Brown acted on the requests, adding four separate exercise classes to the weekly studio schedule. These four classes were exclusively marketed towards all Harding University men’s social clubs that desired to participate. Brown said the class styles and times were specialized and restructured to accommodate the schedules and fitness desires of the men.

“I wanted the guys to have the best experience possible, and I knew they would want to goof off with their friends,” Brown said.

“It’s been so cool to see people who definitely thought that Nooma was just girls doing yoga really experience the full effect of what we do,” Brown said. “I love watching people slowly enjoy what I get to do and love every day.”

Decker said the experience exceeded all of his expectations. He mentioned that he knew Nooma was going to be hard but that he was not expecting to be sweating through his shirt before the session even began.

“I had to stop midway through to go throw up in the street because I didn’t know where the bathroom was,” Decker said. “Overall, it was a ton of fun, and I gained a lot of respect for the instructors, as well as those that attend regularly.”

Brown said the Nooma men’s and women’s club weeks had a much better outcome than she ever expected. Brown said she hopes that Nooma can make Harding University social club weeks a yearly occurrence at the studio.