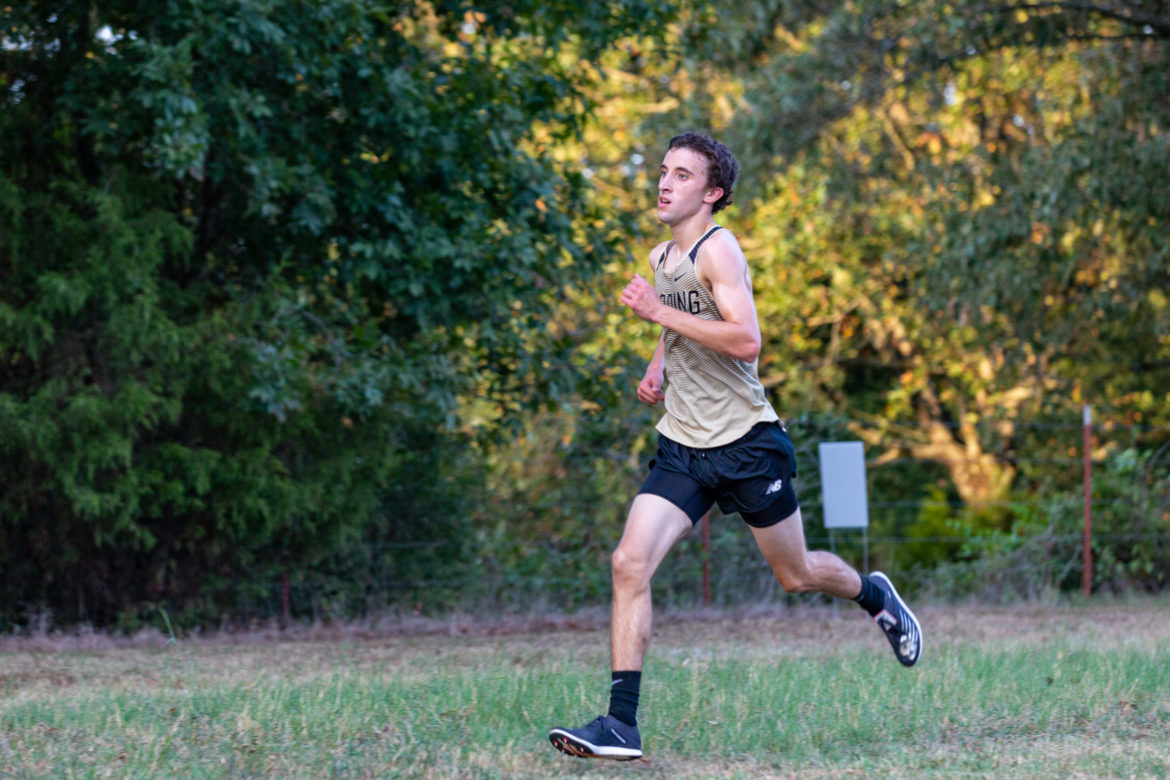 “As far as his accomplishments, he’s on his way to being one of the better runners in our history, if he can stay healthy and keep his appetite for success,” head cross-country coach Don Hood said.

Before college, Walling played on the Cave City High School basketball team in Cave City, Arkansas, and joined the cross-country program when it first started. His cross-country team won the Arkansas 3A State Cross Country Championship during his freshman and sophomore years before Walling won individually in 2019 and 2020.

“Everybody said I was fast and stuff playing basketball, so everybody just wanted me to try and do it,” Walling said. “Turned out, I was actually pretty good at it.”

Walling knew he wanted to continue running cross-country in college and decided to join the Harding team after a visit to campus.

“There’s good people here, and it gives you a sense of being encouraged to be a runner, especially since it’s a great individual but team sport,” Walling said.

Every year, sophomores on the cross-country team select an incoming freshmen runner to take under their wing through their first year of college. The idea was for the new freshmen to have at least one person to go to with questions and for support through the transition into college life. Sophomore Tom Valente chose to Walling just before the start of the school year.

“It’s just easy to be his teammate, and he’s a good person to have on the team,” Valente said. “He just has a lot of energy, and he brings a lot of fun and charisma to it.”

Walling described the cross-country team as a brotherhood that encourages one another and holds each other accountable for training to improve.

“Running as far as you can, you need encouragement and need that sense of responsibility to one another,” Walling said. “You’ve got to hold one another responsible for running that many miles because if you don’t, then the team gets behind and somebody else is going to be out there improving. Improving every day is what we thrive on.”

The typical collegiate cross-country race is 8,000 meters, which is nearly twice the distance run in high school competitions. To keep up with the increased distance in competitions, Walling and the other cross-country runners have two daily practices, including long-distance runs and weight training. Walling reported running approximately 60 to 65 miles every week.

“It’s not just race day,” Valente said. “He’s just ready to come get after it at every practice whether it’s an easy run or workout. It doesn’t matter. He’s gonna come and put the work in.”