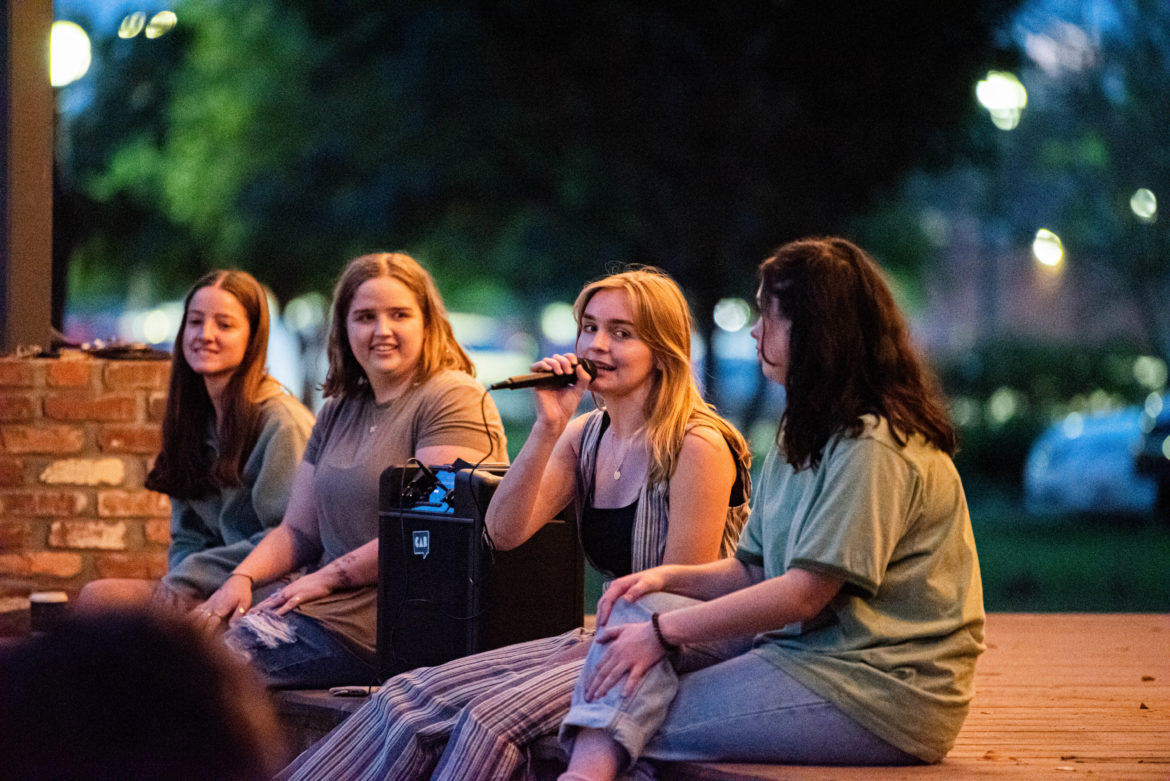 The first “Empowered” meeting was held Thursday, Oct. 7, at Midnight Oil. Empowered is a monthly gathering organized by the Spiritual Life committee of the Student Association.

“The goal of these meetings is empowering the women on campus to discover and use their spiritual gifts in worship together,” senior Haylie Douglas said. “The idea was Malachi Brown’s, and the women on our committee kind of took it and ran with it.”.

Douglas delivered the message from the book of Amos on Thursday night with the help of several other women on the Spiritual Life committee. With prayer, singing, quotes, poetry and Douglas’ message, all available chairs were filled and some in attendance sat on the ground. Douglas was encouraged by the turnout and deemed the night a success.

“The one thing I want to come out of Empowered is for the women on our campus to know they are fully capable of the same kinds of spiritual gifts men are,” Douglas said. “If even one woman discovers that, it will all be worth it.”

Senior Emma Hayes wrote a poem called “Chapel,” and read it during the meeting.

“I got asked by Haylie Douglas last semester for her to use my poem in a sermon she was writing for one of the classes she was in, and I said of course,” Hayes said. “Then a couple weeks ago, I prayed that Jesus would continue to use my poems and that I would be able to speak them more, and a week or so later she asked if I would read the poem portion of her sermon at Empowered.”

The Spiritual Life committee is run by sophomore Malachi Brown. The committee seeks to plan events and cultivate an environment that can grow the spiritual life of students at Harding. They meet twice a week and stay in consistent communication about upcoming events.

“I’ve always been pretty passionate about women’s roles in the church, especially after my sister became the sole youth minister at a church,” Brown said.

Brown said some women on campus have voiced their frustration at the lack of spiritual leadership opportunities, and this is the Spiritual Life committee’s first step to remedy that.

Students can follow the Spiritual Life committee on Instagram @spirituallifehu for updates and info on the next “Empowered” meeting.