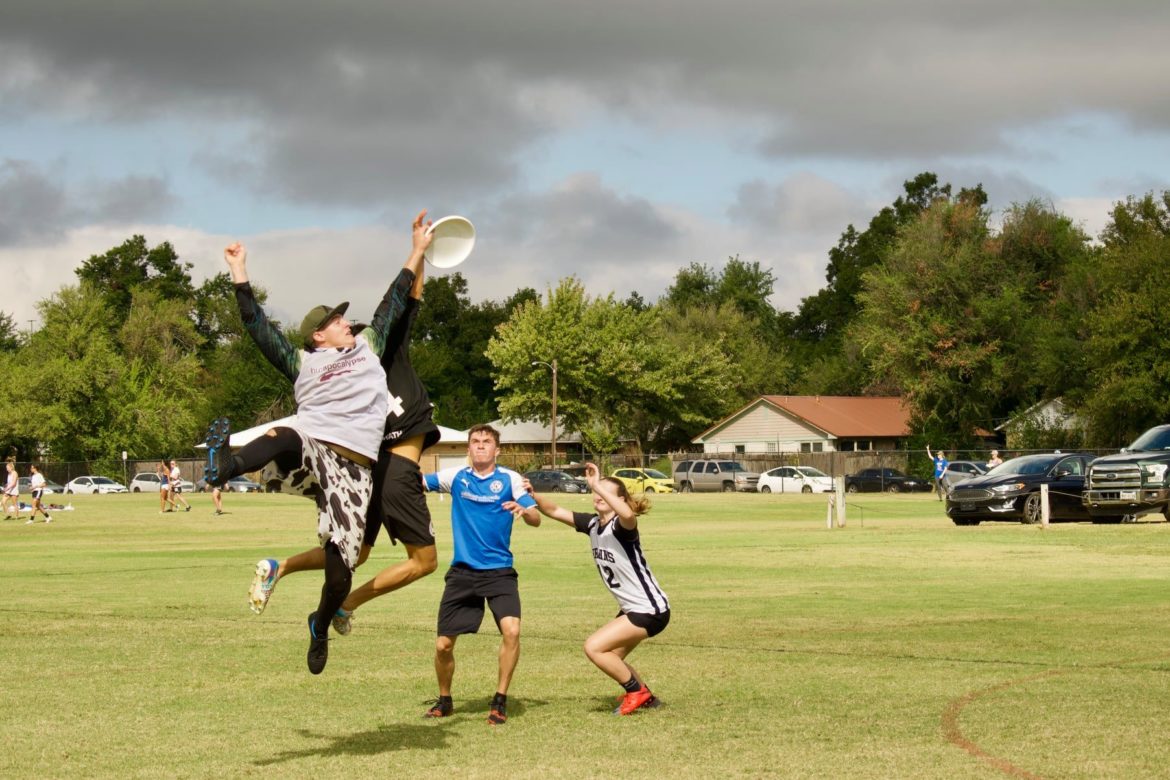 Harding University is home to two collegiate ultimate frisbee teams for both women and men: The Sky Bisons and Apocalypse.

Sky Bisons — the women’s team — has seven members this semester, while they can still play the 7v7 format, they often combine with Apocalypse — the men’s team — to play in tournaments and practice. Together they play under the name Eclipse.

Apocalypse, formed in 2003, has a 13 player roster and an impressive history — making nationals twice in 2011 and 2013. Neither team requires  a try-out to join. In addition to official tournaments, the teams often reach out to other collegiate groups for additional practice.

From teams in Little Rock, Arkansas, to teams in Nashville, Tennessee, the Sky Bisons and Apocalypse host a wide variety of competition. Recently, the team participated in tournaments with alumni teams consisting of  players with 10 or more years of ultimate frisbee experience. The Harding teams met this challenge with positive attitudes and were hopeful that the experience would later benefit their game. Senior Katie Huddleston values the team for its ability to keep her active and engaged in a community.

“Exercise is a mood improver … it’s healthy for you, but the main focus of frisbee has always been family,” Huddleston said.

Whether both teams are playing or not, the Sky Bisons and Apocalypse support each other on the road. Their tournaments take them to places like Oklahoma and Tennessee, where they spend the night in a church that has agreed to host them. Huddleston is proud of how her team represents Harding on and off the field.

“We go to non-Christian sports teams, and we circle up and pray with every team … we even have church on the field when we are playing on Sundays,” Huddleston said.

“It brought me a family,” Mills said. “We go to tournaments and have communion with the other teams.”

While the team plays competitively in both sanctioned and unsanctioned tournaments, Mills puts emphasis on the spirit of the team.

“We are a competitive college team, but we like to have fun,” Mills said. “It’s a good group of guys.”

With practice every Tuesday and Thursday, the team is preparing for sectionals in Tulsa, Oklahoma, on Saturday, Oct. 16. The top three teams of the sectionals tournament will advance to regionals, where 16 teams will compete to advance to the nationals.