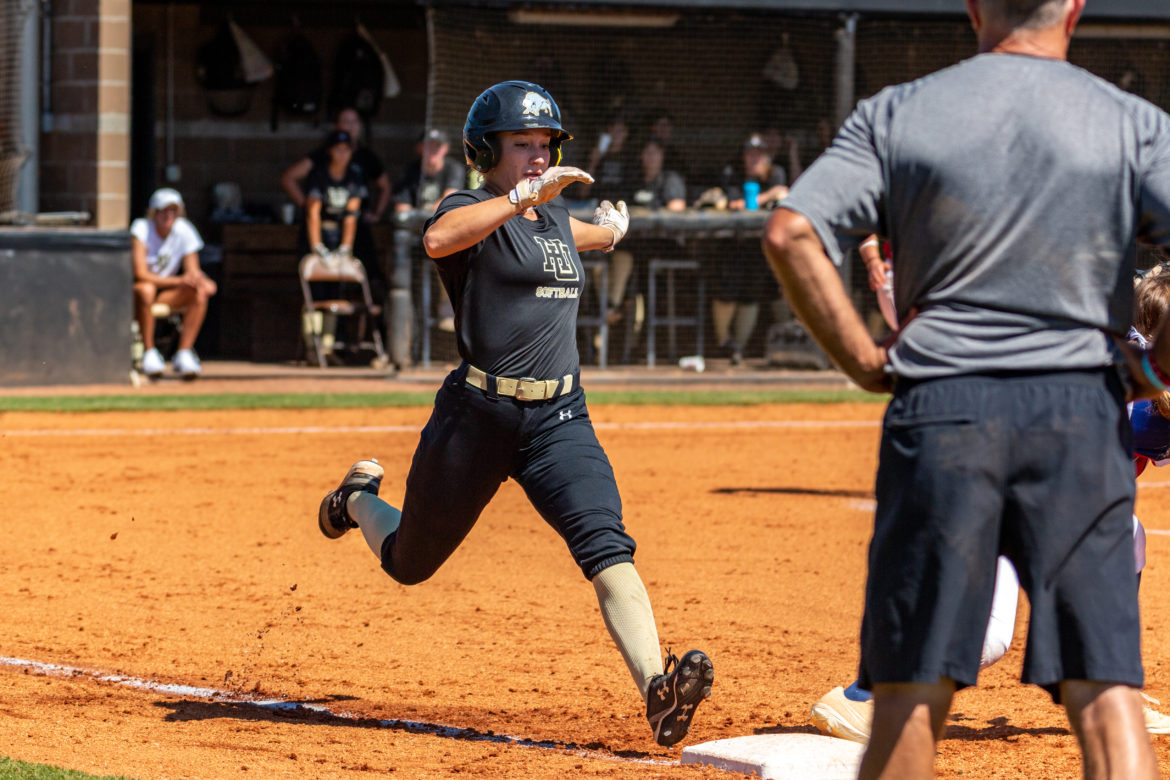 The Lady Bisons softball team took on a Division I opponent during an exhibition game Saturday, Oct. 9, in Conway, Arkansas.

Harding played the University of Central Arkansas (UCA) in the second game of the Lady Bisons’ fall schedule. Harding is slated to play its final exhibition matchup of the semester today against another Division I team, the University of Memphis. First pitch is scheduled for 6 p.m.

Head coach Ashley Reeves, who is in her first year with the Harding softball program, said the structure of exhibition matchups is less formal than regular season games. The teams do not keep score, and they usually have a limit on the amount of time they can play.

Reeves said competing against teams from D-I schools would help the Lady Bisons identify areas to improve in before the spring season. She added that her team kept the same mindset leading up to the UCA game as they would any other matchup.

“I think as far as preparation and things like that go, we don’t change what we do,” Reeves said. “We grind every day, and the girls are doing a great job of showing up each day and working hard and putting in the work.”

Sophomore outfielder Ashton Bryce said the team worked on fine tuning skills such as throwing, catching and situational hitting to get ready for the exhibition games. Bryce added that this year, her team is focusing on ways to improve on the success they had last spring.

“We came off a really great season last year, and I think our goal this year is to just build off of that and get even better and get closer as a team and just work together,” Bryce said.

The Lady Bisons finished the 2021 season with a 34-12 record, according to the Harding Sports website.

Bryce said the fall softball games were canceled last year because of the COVID-19 pandemic. Sophomore catcher Chelsea Blankenship said she was glad to have the experience of competing this semester with her teammates.

“It’s all kind of new for us sophomores as well as the freshmen, so it’s really exciting to get to go and play in the fall,” Blankenship said.

Reeves said that in her first year of coaching at Harding, she has seen a lot of potential in her players and is excited to watch them play in the spring.

“I’m really looking forward to these girls competing at the level we’re going to need to compete at,” Reeves said.