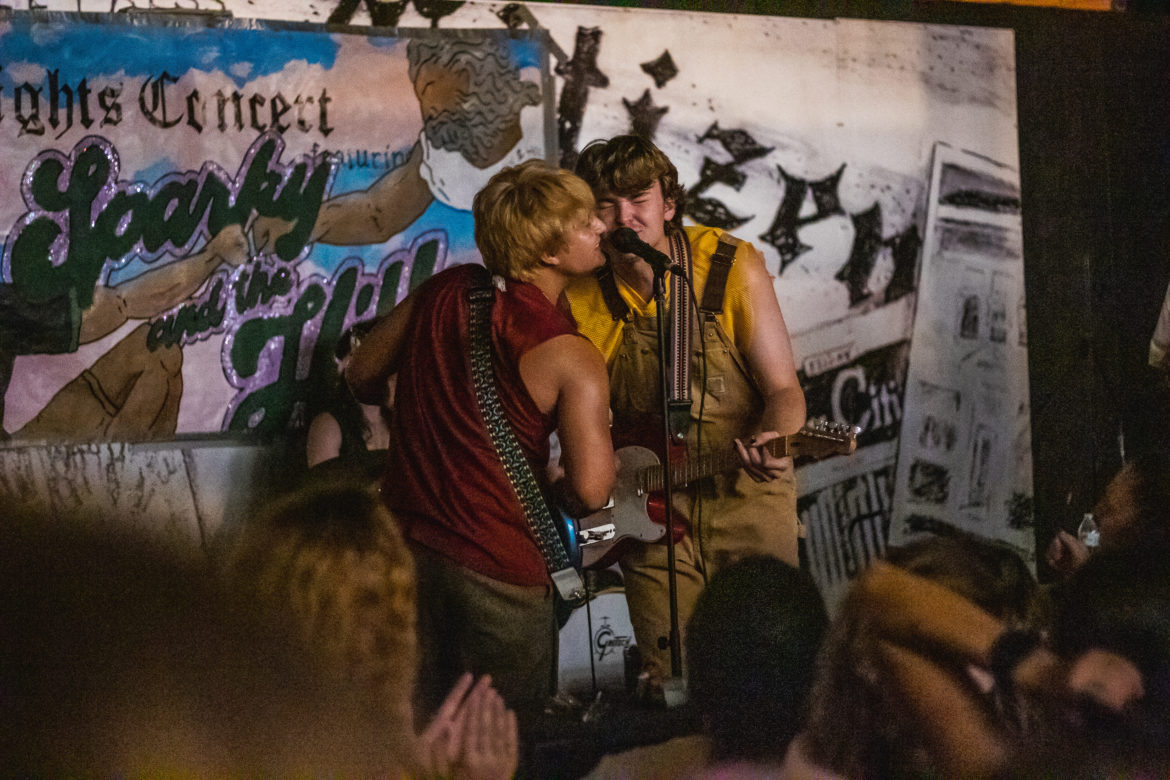 Celebrating Harding students’ return to campus, Knights held the concert Saturday in Citizen’s Park in Downtown Searcy. The night primarily consisted of music, singing and dancing, with senior Bob Plunket serving as a DJ to begin the event.

About an hour into the concert, a pickup truck rolled onto the street, carrying the main attraction of the night: Sparky & the Hills.

“Sparky! Sparky! Sparky!” the crowd said as band members hopped off the truck’s cargo bed and walked onto the Citizen’s Park stage via a path formed by the audience.

The five-man band led the night with performances of their own original songs, opening with “Rock and Roll Band” and later performing their first released song, “Pretty Girls,” along with some cover songs.

Knights’ concert marked the first time the band has performed outside of Columbus. White said he was excited about the performance.

“It means a lot,” White said. “I think it will be really important for us to not only branch out of Columbus, but really see if this is something we want to do and do more traveling.”

During the concert, the band also sold T-shirts, bags and stickers.

Senior Alex Minzler, Knights’ treasurer, said the social club, Harding deans, the City of Searcy and the band were all involved in planning the event. The entry fee for the concert was $5, which went toward White County Domestic Violence Prevention Inc., a domestic abuse shelter. Minzler said there were over 300 ticket sales.

Rather than going through the process of forming a band for the concert, the club invited Sparky & the Hills to perform since Johnson, a Knights’ member and senior at Harding, was in the band, Minzler said.

“Our plan as Knights executives coming in this year were just [to] have as much fun as we could with the short amount of time,” Minzler said. “Especially with COVID restrictions kind of backing off, we feel like this is a good time to come in and hold events like this.”

Junior Abby Foust, who attended the concert, said she enjoyed having a large group of people together again after experiencing two COVID-19 semesters and felt happy for the students who entered Harding as freshmen last year.

“The sophomores are now enjoying a little bit of campus life they didn’t get last year, and that’s really cool to see that we get to have a little bit of normalcy back with this,” Foust said.