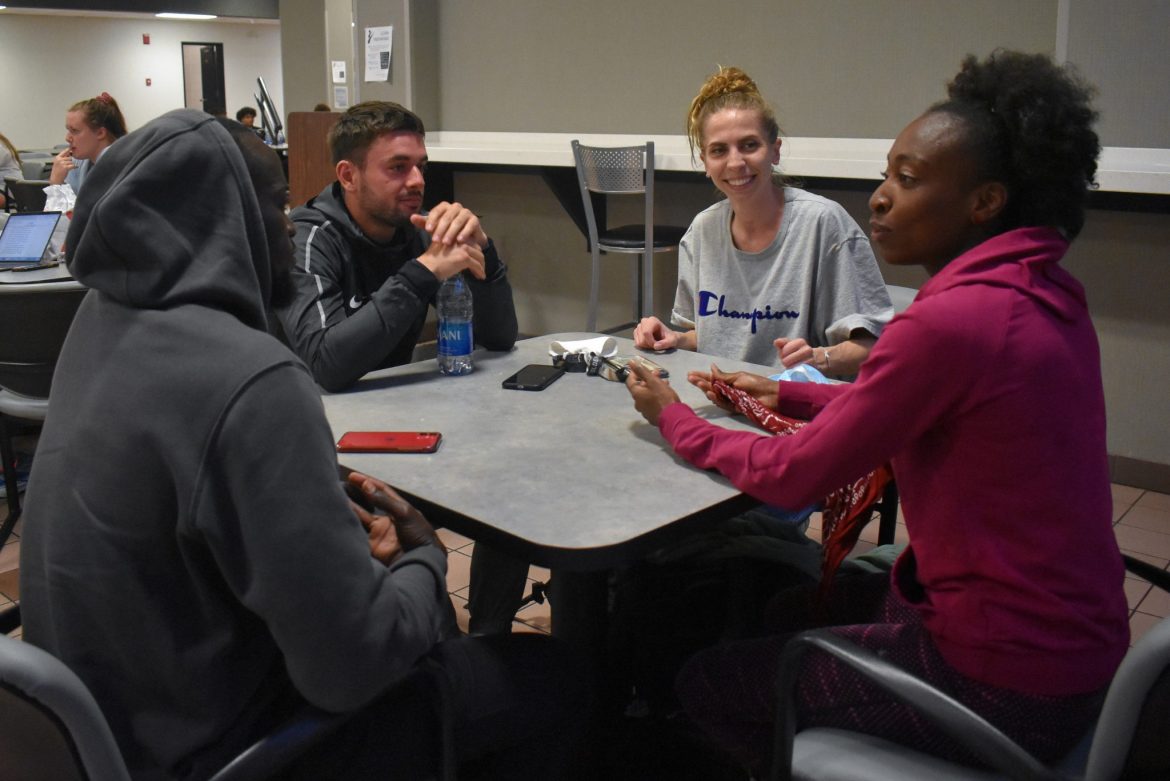 Freshman Dorian Chaigneau broke his own school record for pole vault by clearing 5.30 meters (17 feet, 4.5 inches) at Texas Relays. Because of this feat, Chaigneau automatically qualified for nationals, which will take place May 27-29.

Chaigneau graduated from a competitive school in France before he brought his talents to Arkansas.

“I am going to try to break the outdoor — I think it’s around 5 meters,” Chaigneau said. “My goal is 5.40 meters, and I think it’s possible. The coach is really good, [and] all the guys push you to do better.”

Senior Kinga Szarzynska, from Poland, ran the 800-meter at Texas Relays with a time of 2:10.09, which was an NCAA provisional time. With a Division II provisional time, Szarzynska is among the athletes who have a chance to qualify to compete in the national championship in May.

A community was easily formed among the international students, which created an encouraging environment while competing athletically.

“It’s fun to be teammates with Dorian as another French speaker [on] the team,” junior Anna-Noelle Clerima, from France, said. “He makes me think of home, and I miss it.”

Clerima also met the NCAA Division II provisionals in the 400-meter with a time of 55.75 seconds.

Fallou Gaye, also from France, reached the provisionals in the 400-meter hurdles at Texas Relays as well.

Some of the track athletes from France mentioned the French and American differences pertaining to track and field. Paris native and sprinter Clerima said she preferred the French style due to its competitive nature against teammates instead of time.

“In France, it is all the time with the club,” Chaigneau said. “It’s difficult to study and train at the same time because the system of school is not made for training. But here, all that is possible . . . I pole vaulted a lot for my last graduating program. I’d study, like, 27 hours a week, plus 15 hours of training. It’s hard to be relaxed because all the time, you’re running.”

Freshman Tad Kirby agreed with Chaigneau about the encouraging aspect of the track and field team.

“The team aspect of track is often overlooked because of its solo performance aspect, but Harding’s team is such a close-knit family,” Kirby said. “Everyone is super close and always super encouraging.” 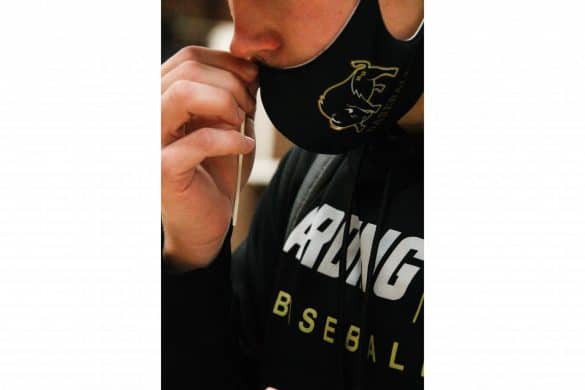 A baseball player uses a COVID-19 self-test swab at the Rhodes-Reaves Field House on March 2. | Photo by Namon Pope